The Sims Through The Years: Timeline & Fun Facts | SimsVIP

For more than a decade, The Sims™ has entertained millions of people across the globe and has made an indelible footprint on the interactive world.

A world-renowned interactive entertainment phenomenon, The Sims has sold more than 175 million units to date and continues to enhance its rich multi-platform portfolio with offerings that inspire creativity and reach one of the broadest audiences in gaming. The Sims evolves its magnetic appeal by delivering gameplay experiences that are current, compelling and above all, entertaining. A microcosm of society, The Sims gives players the ability to play with life by creating and controlling virtual lives and telling meaningful stories.

Hundreds of millions of players’ creations have been shared and downloaded by one of the most active player communities in the world and the viral appeal of The Sims is further evidenced by its 30 million fans across global social networks.

With a variety of unique gameplay themes, engaging content and collaborations with top brands and artists, there is something for everyone to love in The Sims and to play anytime, anywhere on the platform of their choice. For more information about The Sims, visit www.thesims.com. 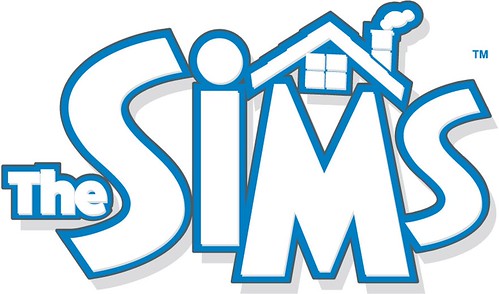 A worldwide phenomenon – The Sims franchise has fans around the globe with combined sales for the franchise topping 175million – that’s more than enough for every single person in the UK!

Blockbuster Entertainment – The Sims franchise has generated more than $3 billion of revenue, putting it in the same class as blockbuster films Avatar and Titanic.

Celebrities Love The Sims – In the mix of Sims fans from around the world, famous actors, TV personalities, and musicians have shown their support for The Sims over the years. From attending parties, lending their voice stylings to the games, spoofing the games on TV shows, or just professing their adoration, celebs know how to get their game on. Katy Perry partnered with The Sims to release a Collector’s Edition for The Sims 3 Showtime and The Sims 3 Katy Perry Sweet Treats – a stuff pack that allows players to indulge their Sims with Katy’s sweet and vibrant style.

Making news – The Sims was the first and only video game franchise to make the cover of Newsweek! Since then, The Sims franchise has graced hundreds of magazine covers to date with more than 45 for The Sims 3 alone.

Fun that translates – The Sims 3 has been translated into more than 20 languages including Swedish, Korean and Russian and is available in over 60 countries worldwide! The Sims series has quickly become a universal gaming and cultural phenomenon.

A language that doesn’t – Sims speak Simlish, an emotion-filled language that defies translation. In creating Simlish, the development team experimented with fractured Ukrainian and Tagalog, the language of the Philippines. Inspired by the code talkers of WWII, The Sims creator Will Wright also suggested Navajo. Over the years, fans have learned to recognize some words like dag dag for hello and nooboo for baby.

Funny Money – The Sims have their own form of currency called Simoleons. The currency originated way back in early eighteenth-century Britain, where sixpence were often slangily called a simon. Simon mixed with the much more valuable French gold coins called Napoleans became Simoleons! And, what more appropriate currency for The Sims!

Play with Life on Any Platform – Play with life like never before! The Sims games are available on a wide variety of gaming platforms for fans to pick up and play nearly anytime, anyplace and anywhere. The Sims 3 is playable on PC and Mac, the PlayStation® 3 computer entertainment system, Xbox 360® video game and entertainment system, the Wii™ and Nintendo DS™ and 3DS™. In addition, The Sims has migrated to new-age platforms including Android mobile phones, iOS (for the iPhone, iPod touch and iPad) and Facebook. Other The Sims games are available on PlayStation®2 computer entertainment system, the Xbox® video game system from Microsoft, the Nintendo GameCube™, the Game Boy® Advance, the Nintendo DS™, Wii™, the PSP® (PlayStation®Portable).

Drop in for a download – Imagine having the entire city of San Francisco drop by each week for a visit. That’s close to what’s happening at The Sims 3 official community site, www.thesims3.com. The site welcomes upwards of 7 million unique visitors monthly.

It started with a toilet – The first object ever created for The Sims was a toilet featured in the 1993 prototype. A variety of ways to interact with the toilet were introduced, from using it to cleaning it. According to the team, it was also the only object in the original game that different genders used differently—the men tended to leave the seat up!

It’s a material world – The Sims finally get their materialistic fix in 2006 with must have stuff to decorate, redesign or dress up new outfits. To date, there have been 18 stuff packs which included items for your family, holiday, mansion, garden and of course, glamorous life.

Name brand envy – In 2008, nearly 1,000 H&M stores worldwide featured a garment designed by a player of The Sims for anyone to purchase. In 2012, The Sims were at it again when they forged a partnership with contemporary fashion designer Diesel to release The Sims 3 Diesel Stuff Pack, making Sims the trendiest virtual characters on the block.

All about the fans – Fans of The Sims franchise are online like never before. Hundreds of millions of player-created content has been shared and downloaded by one of the most active player communities in the world and the viral appeal of The Sims is further evidenced by its 30 million fans across global social networks. The Sims 3 YouTube Channel videos have been viewed more than 90 million times and The Sims 3 global Facebook and Twitter pages reach 30 million fans. All of that social media viewership combined is enough to fill up the largest stadium in the world, Rungrado May Day Stadium in North Korea, more than 630 times.

Play it your way – The appeal of The Sims is that there is no “right way” to play. Some players spend all their time building cool houses or following the personal lives of their Sims, while others like to create chaos wherever they go. Are you one of those players? If you have ever removed the pool ladder after sending your Sim in for a dip, then the answer is probably yes!

The Sims in Real Life – In 2004, EA Benelux created a real glass house where a family lived out their life for all to see in true The Sims style.

Before there was bird flu – Will Wright once introduced a mysterious virus to The Sims. As infection spread throughout the game, so did lively debate on the message boards. What was the source of the illness? Players finally traced it back to pet guinea pigs and shared tips for surviving the outbreak.

Feeling Needy? – Like most of us, the Sims have aspirations, fears and needs. The model used in the game was inspired by “Maslow’s Hierarchy of Needs.” According to Maslow, people’s needs are based on a hierarchy and once basic needs are satisfied, people are motivated by less urgent needs.

Stamp of Approval – The French love The Sims so much that the French postal service issued an official postal stamp honoring the game. For that, we say, “Merci!”

Home is where the heart is – IKEA® and The Sims collaborated in 2008 to make home the most important place on earth in The Sims with real-world IKEA home furnishings for the living spaces, bedroom and home office in your Sims’ homes.