The official Facebook Page for The Sims UK has released a new photo of The Sims 4 character renders. The photo depicts four characters positioned to resemble “The Beatles Walk” on the world famous “Abbey Road“. Do I see smartphones, tattoos, and an open world?

The Sims 4: Now recording the score at Abbey Road Studios. LIKE if you’re excited to hear it! 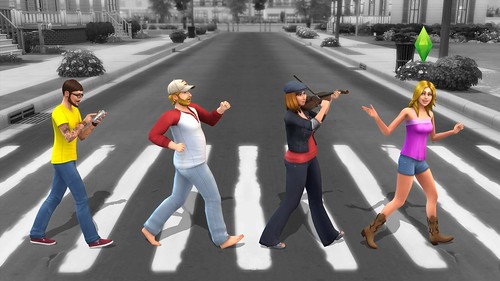 Additionally, this information confirms that The Sims 4 soundtrack will be recorded at the world famous Abbey Road Studios.

Recording The Sims 4 soundtrack at Abbey Road Studios, how cool is that? I got amped just seeing our Audio Director geek out over it!