EA has released their Q4 Earnings for Fiscal Year 2014, and included are release quarters for upcoming titles. As it stands in the current schedule, The Sims 4 is set to release by September 30th, 2014 (FY15 Q2).

It is note worthy to mention that “Fall” in North America officially begins September 23rd, which could also mean that the week of the 23rd is the release week for Sims 4. However, since we have yet to receive any solid info from EA, at least we have confirmation The Sims 4 will launch by September 30th, 2014.


Big Thanks to Platinum Simmers for brainstorming this with us! 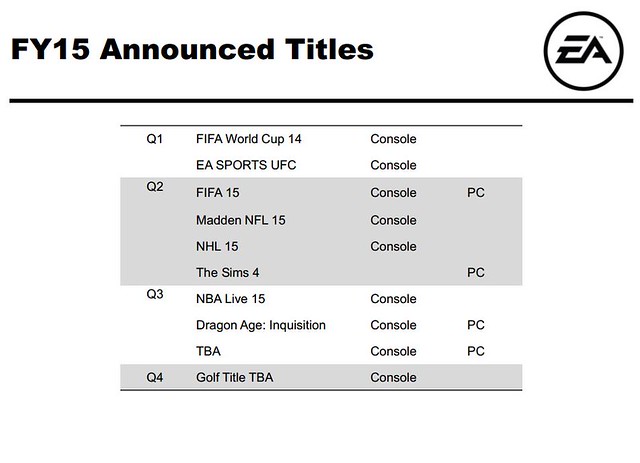 ❗ Please keep in mind that release dates can change.