Electronic Arts has officially announced that the composer of The Sims 4 Soundtrack is Ilan Eshkeri. In the newly published article over at The Guardian, details emerge about Eshkeri’s inspiration for the new music, as well as the process of recording the soundtrack at Abbey Road Studios. 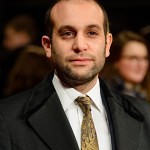 Most of us have an internal soundtrack – we may not always notice it, but it is there. It could be a song we heard on the radio that haunts us for the rest of the day, or it may be something that swells up unaccountably from memory, some favourite tune brought to the surface by a waft of perfume, or familiar place. Consciously or unconsciously, we assign motion picture scores to our lives – a first kiss, a break-up, a re-union – all can be brought back by the right melody.

This is something that Maxis, the developer behind the hugely successful Sims series, has always appreciated. Ever since the original title arrived in 2000, revolutionalising the whole concept of the life simulation, music has been an important part of the experience. On the screen, virtual humans go about their lives, falling in and out of love with each other, developing their careers, having families. And for players, all of that fascinating stuff, as well as building new houses and designing fresh sims character, is accompanied by music. Sims are even able to switch on the radio, often hearing amusing versions of real-life pop songs, rerecorded in “simlish”, the game’s gibberish language.

Several well-known composers have worked on the game’s background scores, providing short stabs of music to accompany key onscreen events. That process is happening again with Sims 4, the latest addition to the series, due out this autumn. Except this time, changes in the gameplay have encouraged the studio to put even more emphasis on the impact of the soundtrack.