The Gurus were full force on Twitter today, answering questions from fans around the world. We have compiled all the Q&A’s, comments, and tid bits into one post for your convenience.

• Can you give us info on the specs? – We are working on making the game accessible as possible. So once the specs are locked that info will be given.> (Tweet)


• Having worked on the exchange before. I think you are going to love the Gallery in The Sims 4. (Tweet)


• Is there a multiplayer mode in The Sims 4? – The game is single player, but you can share your creations in the Gallery. (Tweet)


• Will the game be available at a later date for MAC? – We are currently focused on PC right now. There’s no information on MAC. (Tweet)


• Can Sims sit on the arm rests of a couch or on top of each other like renders have shown? – Sorry, Sims will not be able to do that. (Tweet)


• Will there be multiple worlds? – We have only announced “Willow Creek” at this time. (Tweet)


• We’ve noticed both a desert and city backdrop in videos. Can you confirm that these are worlds? Are they playable? – We have only announced one world at this time – Willow Creek, which is inspired by New Orleans. (Tweet)


• Tell us about pregnancy and families, please! What will the babies look like? – They have legs 😉 (Tweet)


• I am the Producer for the World…lots of talented artists were involved in making it look great! I have been working on The Sims 4 world, so I am very excited for everyone to see it. (Tweet)


• Don’t know if you can answer this but in the world can we swim in the ocean? – Willow Creek does not feature an ocean, sorry! (Tweet)


• Hi Sarah, can you confirm now if TS4 is set before or after TS2 in the Timeline? or by how many years? – The Sims 4 features an all new timeline, but still has all your favorite Sim families! The timeline got pretty crowded with TS1, TS2, and TS3, trying to fit another game into the timeline would be tough. (Tweet)


• Can you guys talk about the creature? And will emotion-related deaths be common or uncommon? – Sims are far more likely to die of fire than emotions. (Tweet)


• Are there new ways to die other then of laughter? – Yes! There are many ways to die *evil laughter* Fire and Hunger! (Tweet)


• Sims have a chance of getting pregnant when they woohoo (Tweet)

• Will be able to die with sadness? – I don’t want to give everything away, but there are multiple types of emotion deaths. (Tweet)


• Spoken about deaths olive specter will be in the game? – We didn’t bring Olive or other Specter family Sims in the game. We bought in some favorites though like the Goths. (Tweet)


• I don’t see why it’d be fun to spend time making a sim for them to die from something like laughter. – It’s a really really extreme state. You will have to try to kill them that way. They won’t just keel over from one funny joke. (Tweet)


• The old woman (who hates unicorns and loves fights) will be playable on the final version? – Yep, you can play your very own own Gladys if you want to. (Tweet)


• Will there be Andre? Everyone loves him! – You could totally play as him too. He looks like one of our producers IRL! (Tweet)


• Could you upload Ollie to the exchange for us? – I’m sure somebody could get that done… I’ll go ask Sarah (Tweet) 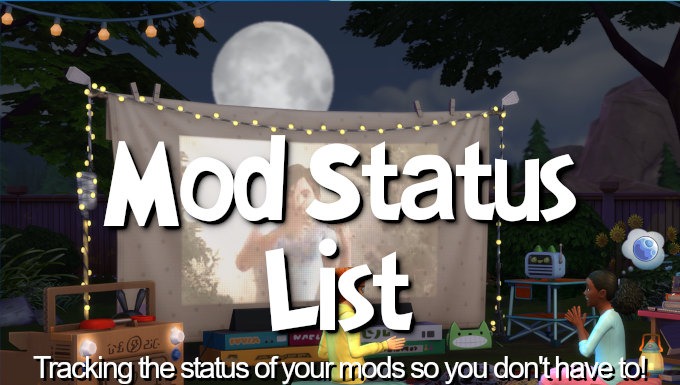