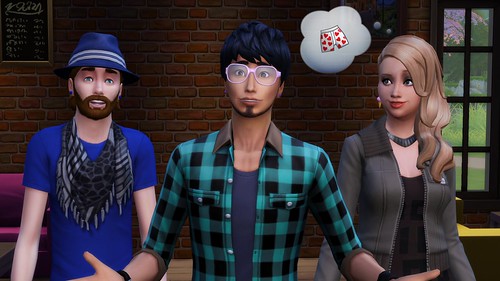 The Sims” is the most successful PC game in the world. Especially German computer players can not let go of the life simulation. On the E3 (to 12 June in Los Angeles) was the new “The Sims 4” shown, which will be released on 4 September. IMAGE met Rachel Franklin, the woman in charge of the development of the game.

IMAGE: In “The Sims 3” I had my most scariest gaming experience. The authorities withdrew my Sims family after a few hours of play for custody of their firstborn son. I never saw him again.

Rachel Franklin: I really do not know how that could happen. You will have probably not enough care of him. Then pick a social worker, the child now time from.

IMAGE: The new Sims will now have even more emotions. You can, for example, in the truest sense of the word die laughing, or get depressed. Can the Sims also commit suicide?

Franklin: There is a clear boundary. While we want the player to test the limits of the game, do unexpected and crazy things. But it is not to be macabre. “The Sims” should be fun and not tip into the darker side of life.