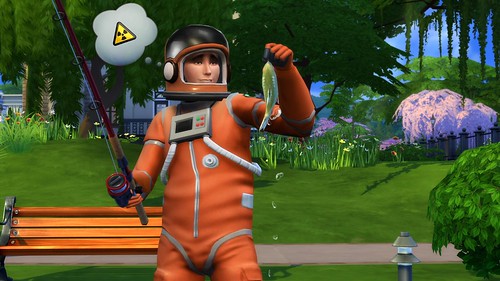 The Sims 4 is an odd one. With a focus on character quirks and deep psychological eccentricities, the development team at Maxis has embraced the unpredictable side of virtual human management. In fact, the official tagline for the game is “Smarter sims, weirder stories.”

All of which explains the state of my notebook after sitting down for a half-hour demo of The Sims 4 here at E3 2014. It’s a bizarre, occasionally incoherent series of observations based on a playthrough best described as absurd. So let’s do something a little different. Let’s see if my notes can capture the sheer oddity of it all. Below you’ll find a few quotes pulled straight from my notebook, and a bit of context thrown in for good measure.