For those of you purchasing The Sims 4 via Origin’s download client, you can begin pre-loading the game on August 29th at 1pm Eastern. For more information on Origin’s Pre-Load feature, click here.

❗ When your game is in “Pre-Load” state, you will be able to download the game (to a certain percentage) ahead of the release date. This will save you time on release day, allowing you to install and play quickly, rather than downloading for the majority of the night.


❗ Digital game release on Origin begins on September 1st at 9pm Pacific, 11pm Central Time, and on September 2nd at 12am Eastern. 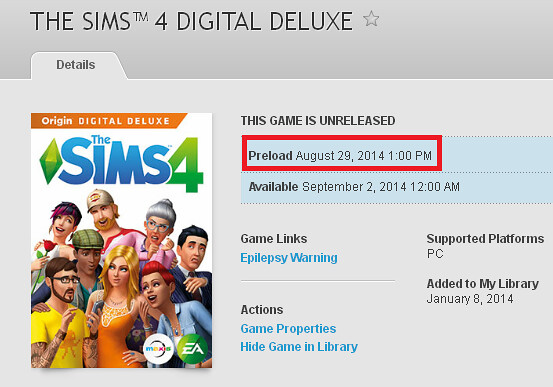