The Sims 4: Multiple Worlds Confirmed For Base? | SimsVIP

In a video interview from Shacknews at E3, SimGuruAzure tells reporters that “Each world contains 5 different neighborhoods”. Since there’s been so much conflicting information of late, I tweeted Graham to see if I can get a solid answer on multiple worlds for the base game. Let’s hope for a response.

There have been a few indications that we are getting multiple worlds in the game, and here’s a few to note: 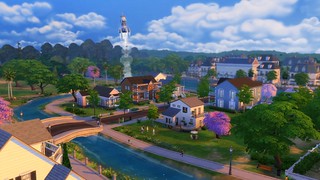 SimGuruAzure’s comments can be heard at 2:05