It’s been 14 long years since the original The Sims was released. I played that game obsessively for years, buying every single expansion, and camping out in Sims community forums to talk with other addicted players. Several years later The Sims 2 was released and the story was the same. Then came The Sims 3. When the game wasn’t crashing, it was still enjoyable but didn’t turn me into a recluse the way the first two did. Then came an absurd number of sequels and spin-offs that took the series everywhere from The Urbz to back in time, and nowhere I was much interested in going. So here we are in 2014 and The Sims 4 is set to launch in just under a month. Is it the return to form that this former Sims-addict has been waiting for? 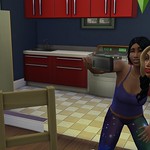 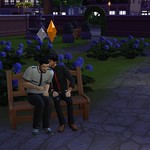 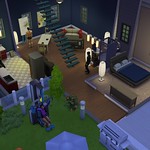 The game begins, as always, with the ability to create your own Sims. The cosmetic customization options have been greatly expanded, with a wide array of body types, skin tones, hair styles, and more to make your Sim look like just about anyone you can think of. Players can now literally click and grab body parts to sculpt them beyond the game’s preset body-types. As a mixed race person with a somewhat atypical body type I’ve often struggled to successfully recreate myself in a game and The Sims 4 is the closest I’ve ever gotten. I will say that with the level of customization available clothes and accessories are still dictated by gender, which I’m sure will be restricting to non-binary players or players who simply want to go against the grain with their designs.