Game Revolution Reviews The Sims 4 Get To Work | SimsVIP

As I wrote in my feature preview for the Get to Work expansion for The Sims 4, much of the effort from EA Maxis has been to redeem itself from its controversial launch. The continual free patches that have added pools, ghosts, two careers, and a Genealogy patch have removed some of the sting from the lack of an open world, create-a-style, an elevation build tool, and dishwashers. While Get to Work doesn’t amend those particular missing features, it does give fans the introduction of aliens, three careers that require on-site participation, and the ability to open their own retail business. For the price tag and for what it is, these additions do the job and only a little more than that. 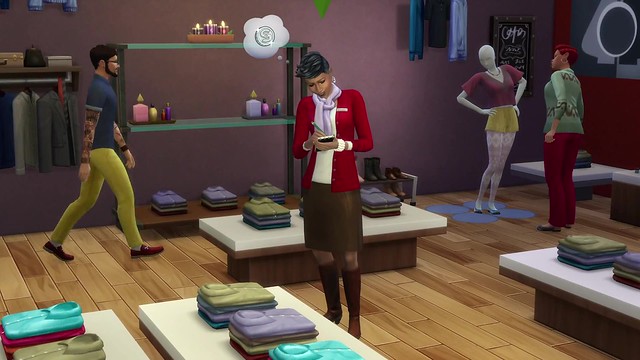 The three new careers—Doctor, Scientist, and Detective—may not seem that connected, but the Get to Work expansion argues otherwise. Not only do they all require a research lab at some point, but they also need your hands-on guidance and, ideally, your Sim’s laser-eyed focus. Instead of opting to send your Sim to its imaginary job, only to return with money about eight hours later, you can direct your Sim and hopefully check off the many items on the list that will count toward the Sim’s overall performance. By that, it’s not far off from having a special in-game event during every one of your Sim’s work days. But be careful, since your work shift will end promptly even if you’re in the middle of something.