The Sims 4 Community Blog: 6 Things to Try as a Detective | SimsVIP

You might have already heard about some of the cool things your Sim can do saving lives as a Doctor or running a store in The Sims 4 Get to Work* Expansion Pack. This week, we wanted to focus on the Detective career to talk about how you can make the most of your crime-solving skills.

We’ve uncovered six things you should try out while you work your way up to the Chief of Police! 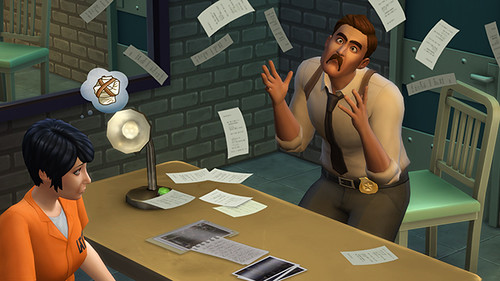 Find hidden clues at a crime scene. Learning how to properly sweep a crime scene for clues is paramount to success as a Detective. Sometimes, you’ll be able to see clues scattered around – things like burnt or damaged objects, graffiti, or stolen goods. Other times, you’ll need to utilize your Sim’s innate abilities. Clicking on the ground and selecting the “Search for Clues” interaction will highlight those pesky hidden clues for your Sim.

Give your Detective the “Observant” reward trait for optimal sleuthing. One of the clues you can uncover about a suspect is linked to their traits. They might be a “Loner” or they could be “Ambitious.” And while these are things you’ll be able to find by conversing with different suspects, you can speed things up with the Observant trait. Unlocking this with Satisfaction points will allow your Sim to automatically identify the traits of any Sim they meet. A Sim that can identify the perp just by talking to them? That sounds like one half of a Prime Time TV Cop Drama!

Get some friendly encouragement from the Chief. Have some time to kill in the Police Station between cases? The Chief of Police has some fantastic dialog that’ll pop up on the top right of your screen, so be sure to spend some time chatting with your boss. The Chief doesn’t really pull punches, so only go chat if you want the truth, the whole truth and nothing but the truth. 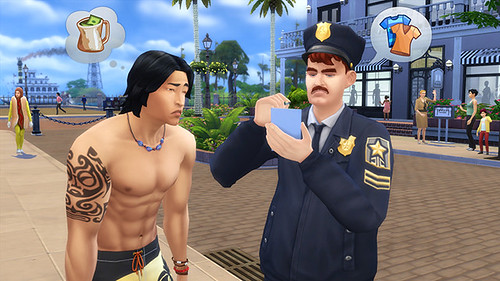 Search your Perp to see what they’ve got hidden in their pockets. Once you’ve found your suspect, it’s back to the Police Station for booking. But before your Sim interrogates them, they might want to check that the perp’s pockets are empty. You don’t want them sneaking any knives or… fish… into the cell with them.

Place a One-Way Mirror in your home or business. One of the rewards you can unlock while playing the Detective Career is the One-Way mirror, which is a window on one side, and a mirror on the other. But just because it’s unlocked with the Detective doesn’t mean you can’t use it in your home or business! There are all sorts of creative ways to take advantage of this cool object.

Play good cop/bad cop mind games during an interrogation. Because, let’s be honest, there’s nothing better than watching cops in movies and TV shows go from “I’m on your side, I love llamas too!” to “Admit it! You stole the pie from Bella Goth’s kitchen!” Now, your Sim can be that crazy cop!