The Sims 4 Get Together: A SimsVIP Preview | SimsVIP 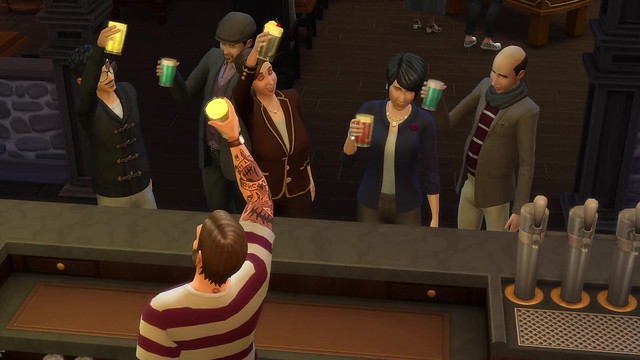 One of the major new features in The Sims 4 Get Together is the Club! Clubs are basically an extremely evolved, more complex, and complete customizable version of The Sims 3 University social groups. A Sim can join a premade Club or create their own.

There is a limit of 8 Sims total in each Club and any Sim the player wants can join the Club. All age groups can be part of or create a club, and the player is able to set age restrictions but it isn’t necessary. While the player cannot select a specific gender as a rule, the player can only invite specific gendered Sims to join their club if they so desire. Club members are easily recognizable with brand new Plumbobs that are white with the club’s symbol inside. The Club leader has a crown on top of their Plumbob! 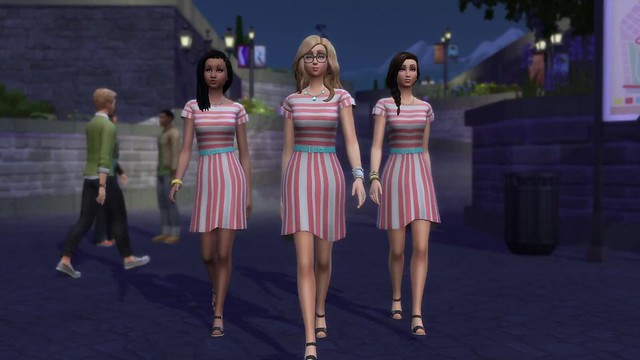 Clubs are taking social interaction to a new level by having the interaction also take place between groups of Sims instead of just a single Sim. While a club is gathering, the player is indirectly controlling all members with their active Sim. For example: Two best friends can actually dislike the same person at the same time if that person doesn’t fit their personality and interests, without the player taking over the best friend. If the active Sim is indicated to go to a specific lot, the whole Club will go with them. The actions that the player indicates their Club should do will influence their autonomous actions. Sims in clubs will level up their skills while engaging in activities together.

Players can indicate what kind of venues you want your Club to gather at. Players are also able to set rules that control who can be a part of it, what they do, how they behave and what other clubs they dislike. If two Clubs meet that dislike each other, there will be conflicts! 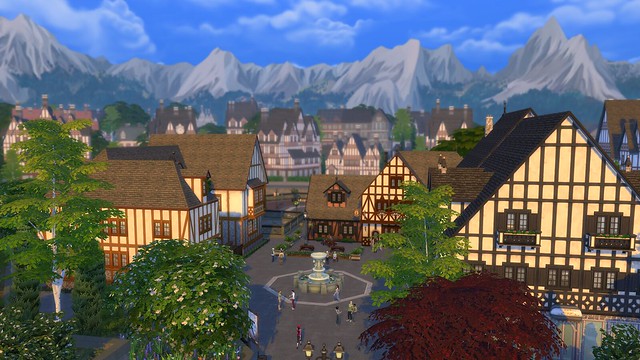 The new European themed world of Windenburg will come with the expansion pack.  It the size a full world like the base game worlds of Willow Creek and Oasis Springs. There will be varied sizes of lots including the return of the 64×64 lot. Windenburg is currently still being built and worked on for the release in November.

In Get Together, public pools are a new venue! The naturals pools are also a build mode tool that come with new deco. They are created and function like regular pools. 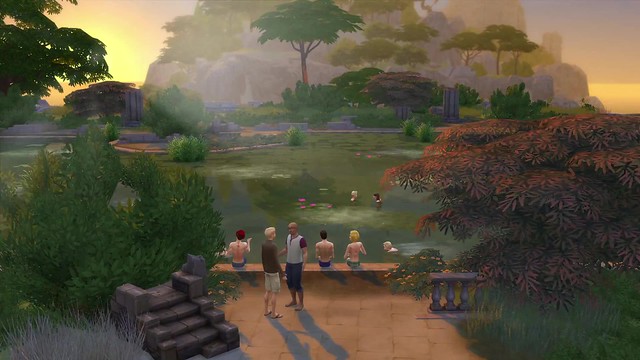 The expansion pack will come with a lot of new items that can be carried in a Sim’s inventory and put onto venues and public spaces.

The new Barista bar that is an object with multiple pieces. A player can put all of them down together, but only one piece is sufficient if they are lacking space. The Barista bar can be used with The Sims 4 Get To Work to create a shop and Baristas can be hired similar to Barkeepers. There are many new European dishes included in this expansion and carry-out food is also a new addition for Sims to enjoy! 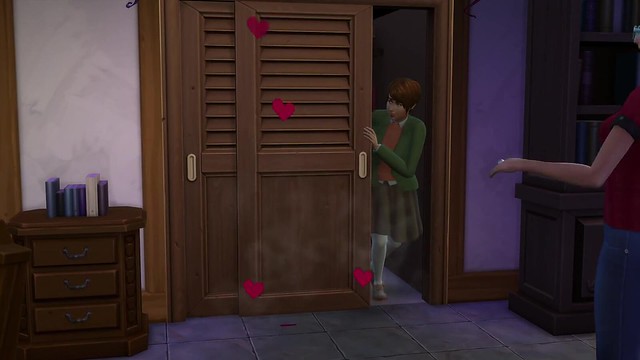 The Sims 4 Get Together is still in development as they explore more fun ways to combine it with the Get To Work expansion pack! A lot more news is still to come in the upcoming months as we race towards the November release!

Editor’s Note: We have corrected that the Barista Bar is not a draggable object. We have also clarified that natural pools are a new tool.