Home The Sims 4 The Seven Habits of Highly Effective Sims 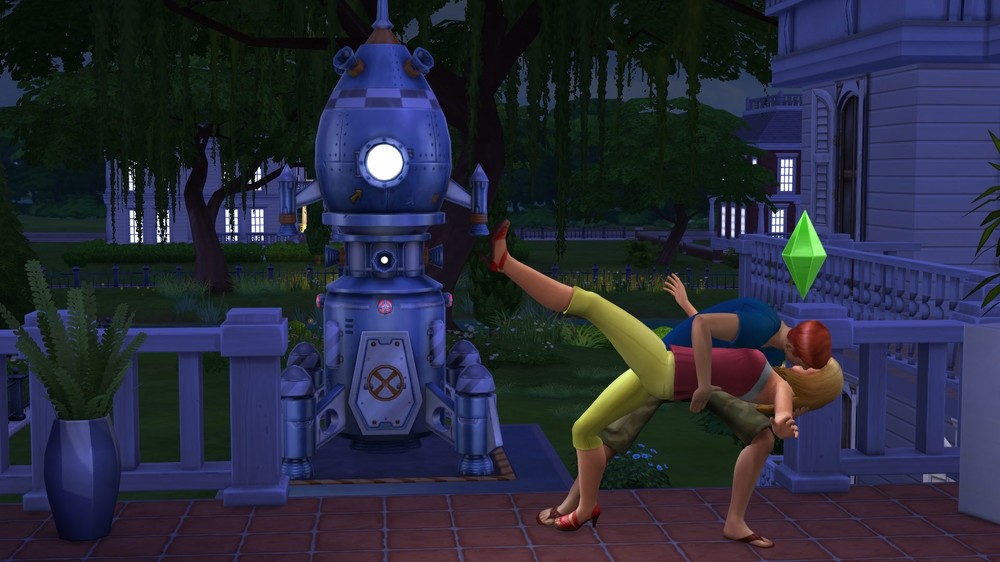 My SimSelf had just gone through a breakup. Determined to stop relying on men for happiness, she decided to focus on her career. And so, like a trooper, she sat down at her computer and began to write. But she was still sad: every few minutes she’d stop what she was doing, hunch over her keyboard, and sigh.

With its new Emotions system, The Sims 4 has brought Sims much closer to life. These Sims can embarrass themselves in social situations, and then recover with a self-deprecating joke, get a burst of confidence from doing something they’re good at, or cry it out in bed because nobody bothered to celebrate their birthday.

What they can also do, I realized during an excessive play session one lonely weekend, is drown out their negative emotions with positive ones. As I sat trying to fight my own malaise with an unreasonable dose of video games, I watched my Sim work through enjoyable actions until her satisfaction outweighed her dissatisfaction and she flipped from sad-blue to happy-green, and I thought, “That’s not a bad idea.” I stuck on the Pitch Perfect soundtrack and imagined my own little Moodlettipping my emotional scales. It worked.