SimGuruRomeo has shared a new Movie Hangout image via Twitter, showing off the “Oasis Springs Film Critics” in a club gathering. According to SimGurugraham, the new stuff pack will also introduce a new “Watch Movies” club rule specific to this pack.

As confirmed by Gurus earlier this year, players who have The Sims 4 Get Together Expansion Pack installed can take make use of “Club Gatherings” with newer games. 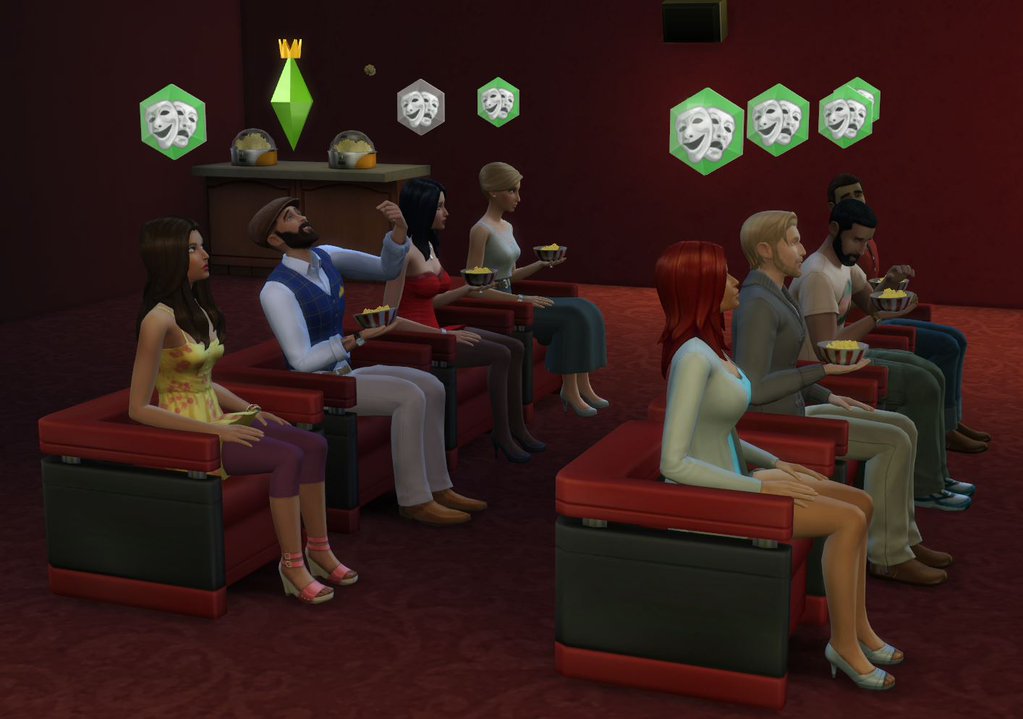