Sad news from the fansite world today as SimFans.de, Germany’s largest Sims Fansite, has announced they will no longer operate as a fansite after 12 long years. According to their official statement, SimFans has been accused by EA of leaking out some kind of official information, which in return has caused EA to cut ties with them in a business capacity.

According to SimFans, a non-disclosure agreement with EA is preventing them from sharing the details on the matter, but they have confirmed that they’ve been reprimanded by the EA Redwood Community office in the United States. Official statement here. 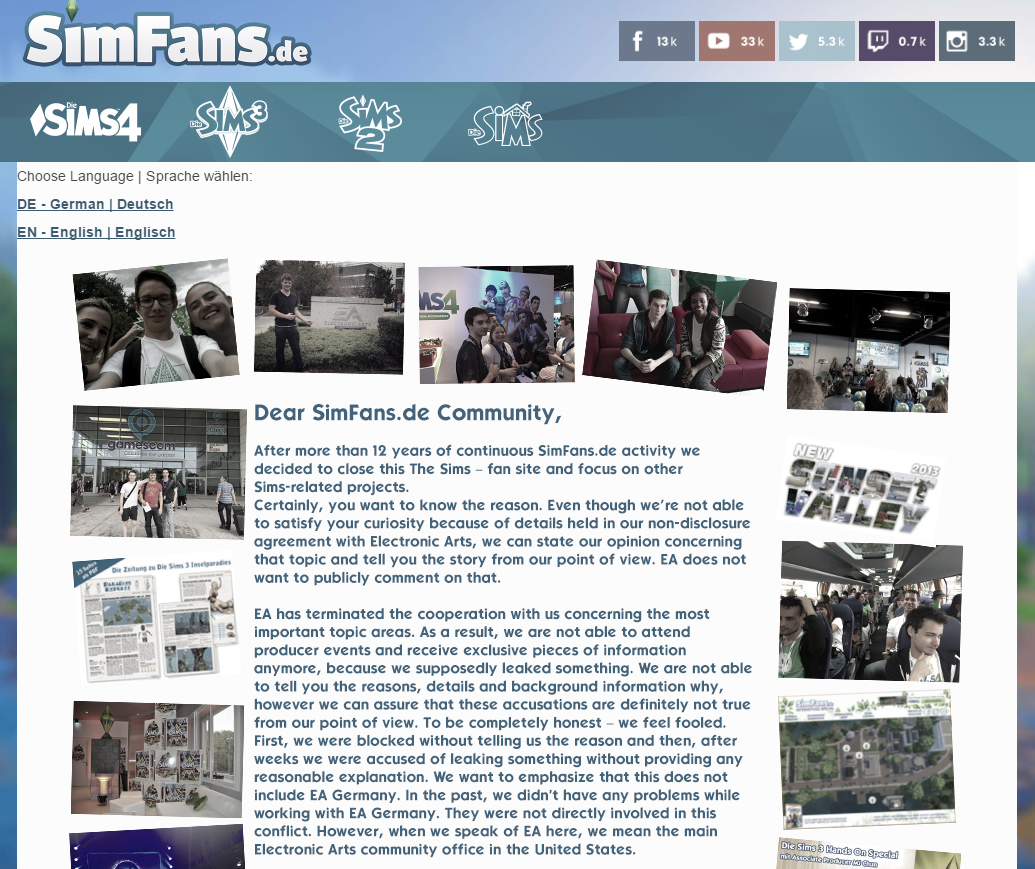