Home Guides and Tutorials How To Complete the “Day of the Dead” Challenge in The Sims... 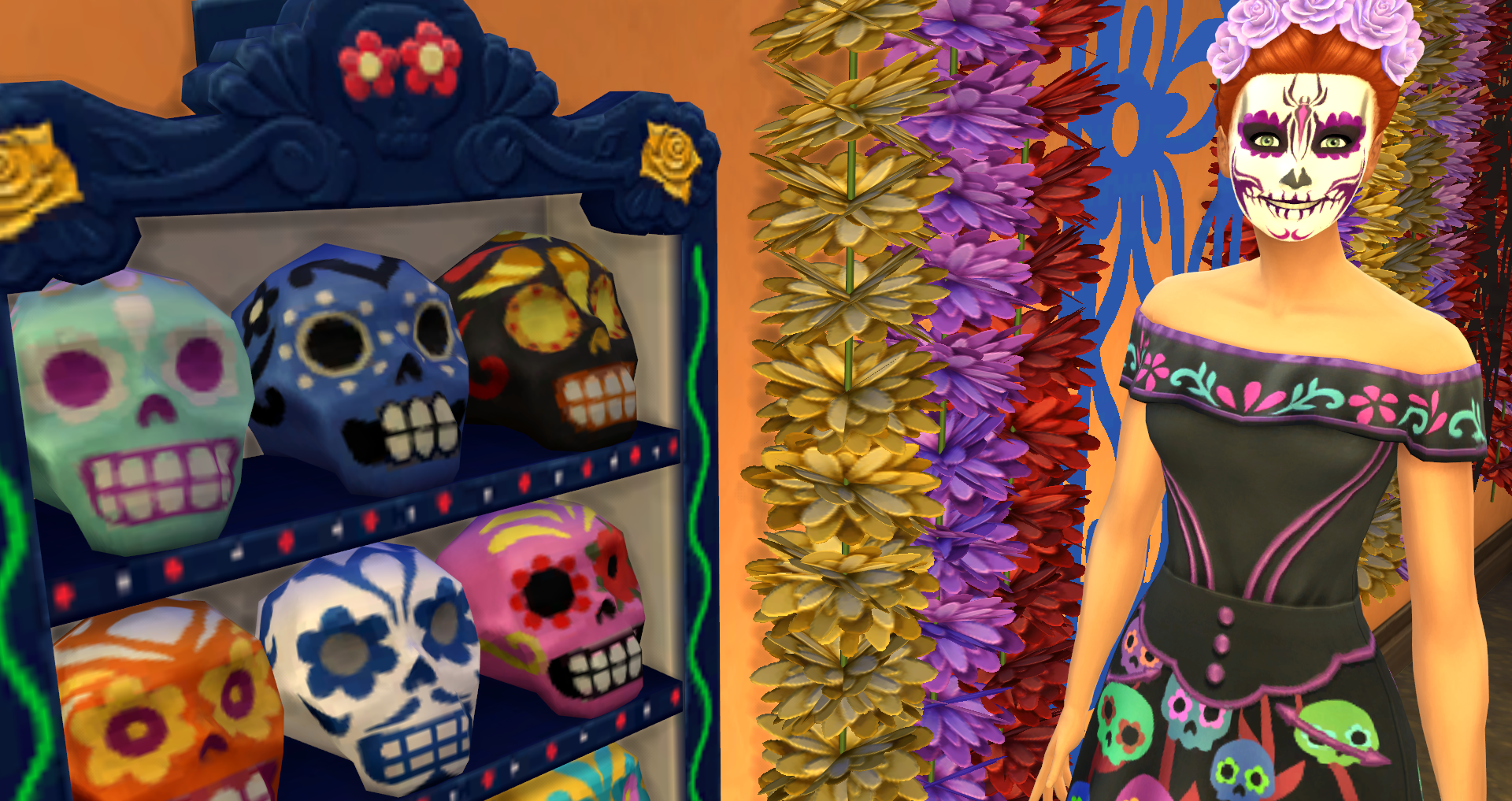 The latest Sims 4 patch has enabled a new “Day of the Dead Challenge” within the game that allows your Sims to collect exclusive Sugar Skulls. To help guide you through the Day of the Dead challenge, the game brings the return of Event Coordinator NPC Jasmine Holiday. 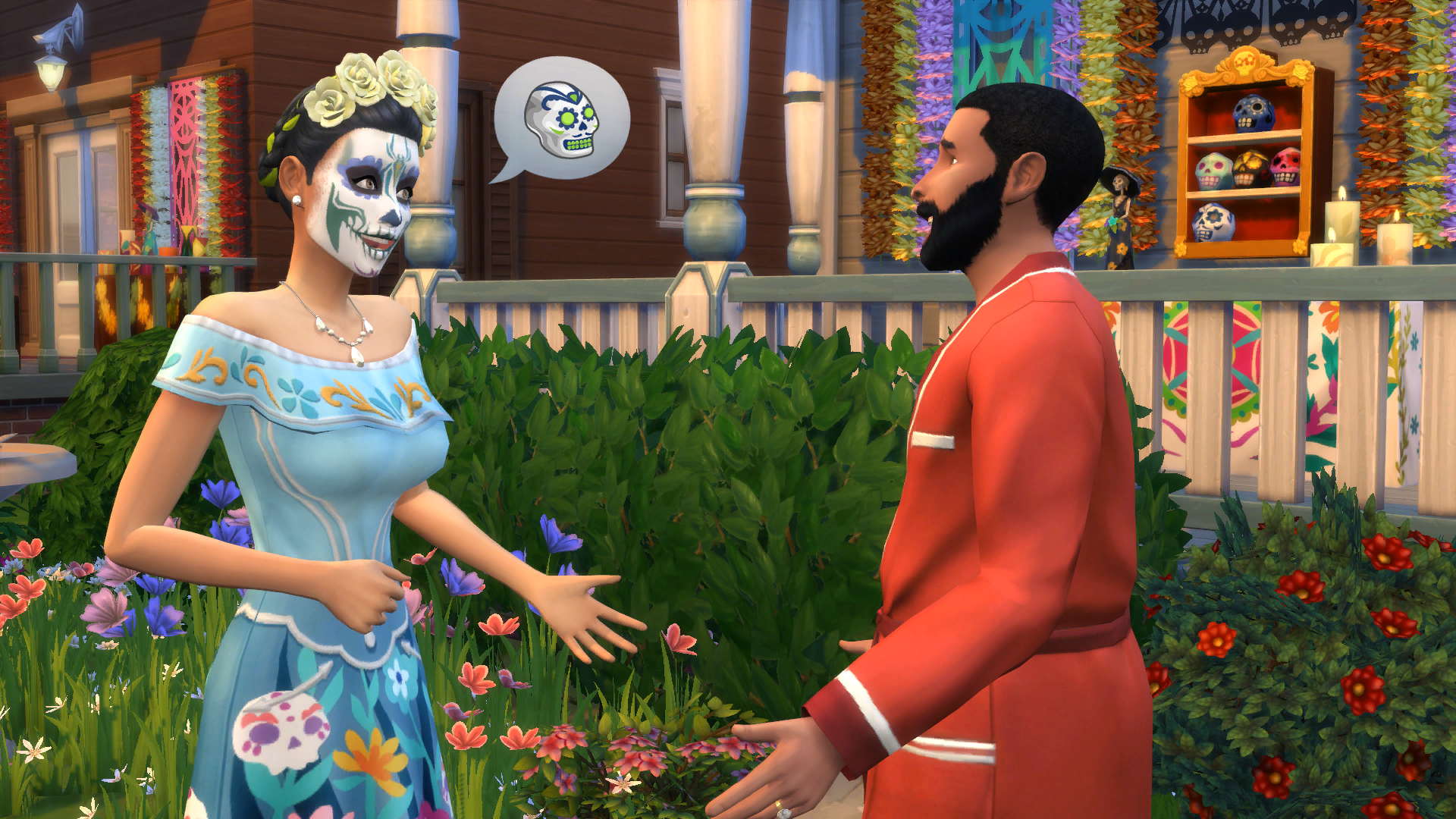 The Sims 4 Day of the Dead Challenge

To kick off the Day of the Dead Challenge, use your Sim’s cell phone, select the Social tab, and call Jasmine Holiday. When Jasmine arrives, speak with her to learn about the Day of the Dead festivities that are taking place. Once you speak to Jasmine, she will place a “Sugar Skull Display Case” in the household inventory to help get you started on the challenge.

❗ You can also use the bb.ignoregameplayunlocksentitlement cheat to unlock the Sugar Skull Display Case

The goal of this challenge is to collect nine unique sugar skulls, a new collectible in the game, and then place them inside the “Sugar Skull Display Case” to unlock the “Honor the Dead” interaction. This interaction rewards your household with a tenth golden skull and enhanced interactions with the Grim Reaper. Time to start collecting!

Sugar skulls can be acquired by interacting with random NPC Sims who are celebrating the Day of the Dead. To bring these “celebrators” into your neighborhood, use the “Leave Sugar Skull Offering” interaction on a nearby tombstone/urn at night. Successfully completing the offering will spawn an NPC Celebrator who can gift you a Sugar Skull. Repeat this interaction until you collect all 9 Sugar Skulls.

❗ Use the bb.showhiddenobjects cheat to unlock buydebug. This unlocks debug mode which contains all 9 Sugar Skulls. Search for “Nadia” to be directed to the skull section. Tombstones can also be placed on your lot from debug mode. 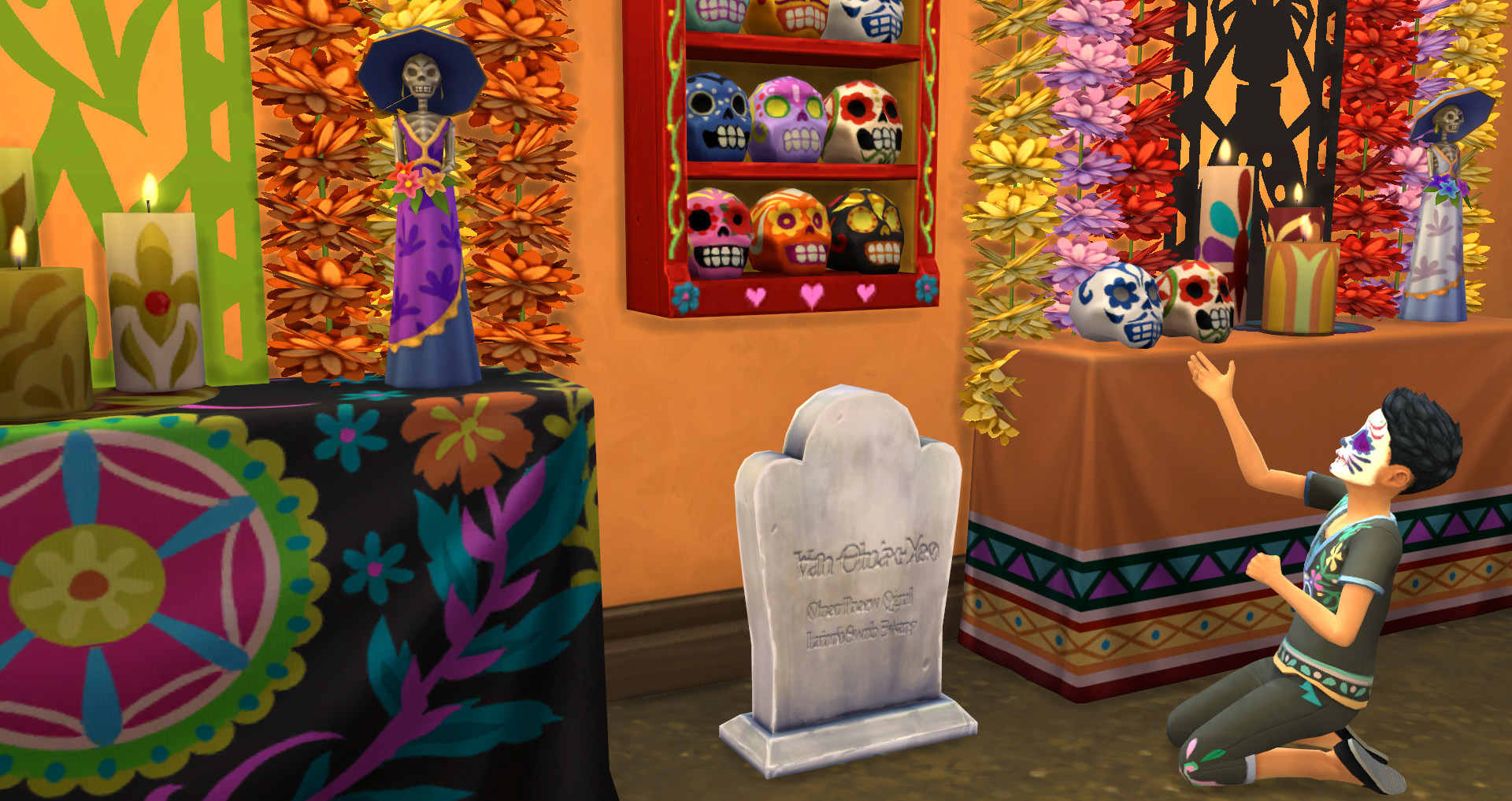 Once you find the Celebrator NPC in your world, use the “Ask for Sugar Skull” interaction for a chance to receive one of nine skulls. You may have to chit chat a bit before they hand one over, but eventually they will cave to your demands! 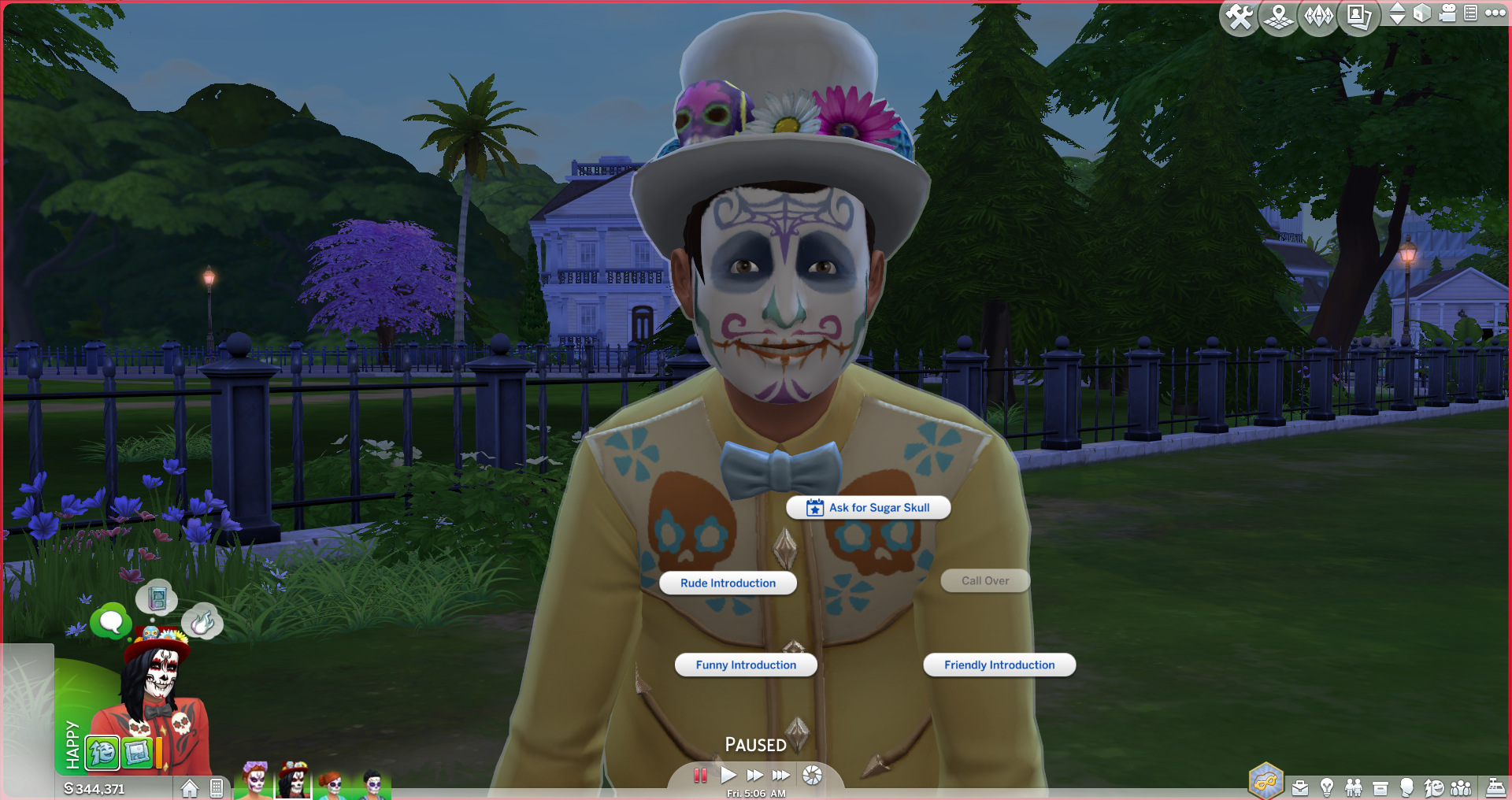 In addition to using the tombstone method to spawn celebrants, you can also look for NPC celebrants roaming town at dusk and dawn. Interacting with these celebrants using the “Ask for Sugar Skull Interaction” allows Sims to collect sugar skulls. 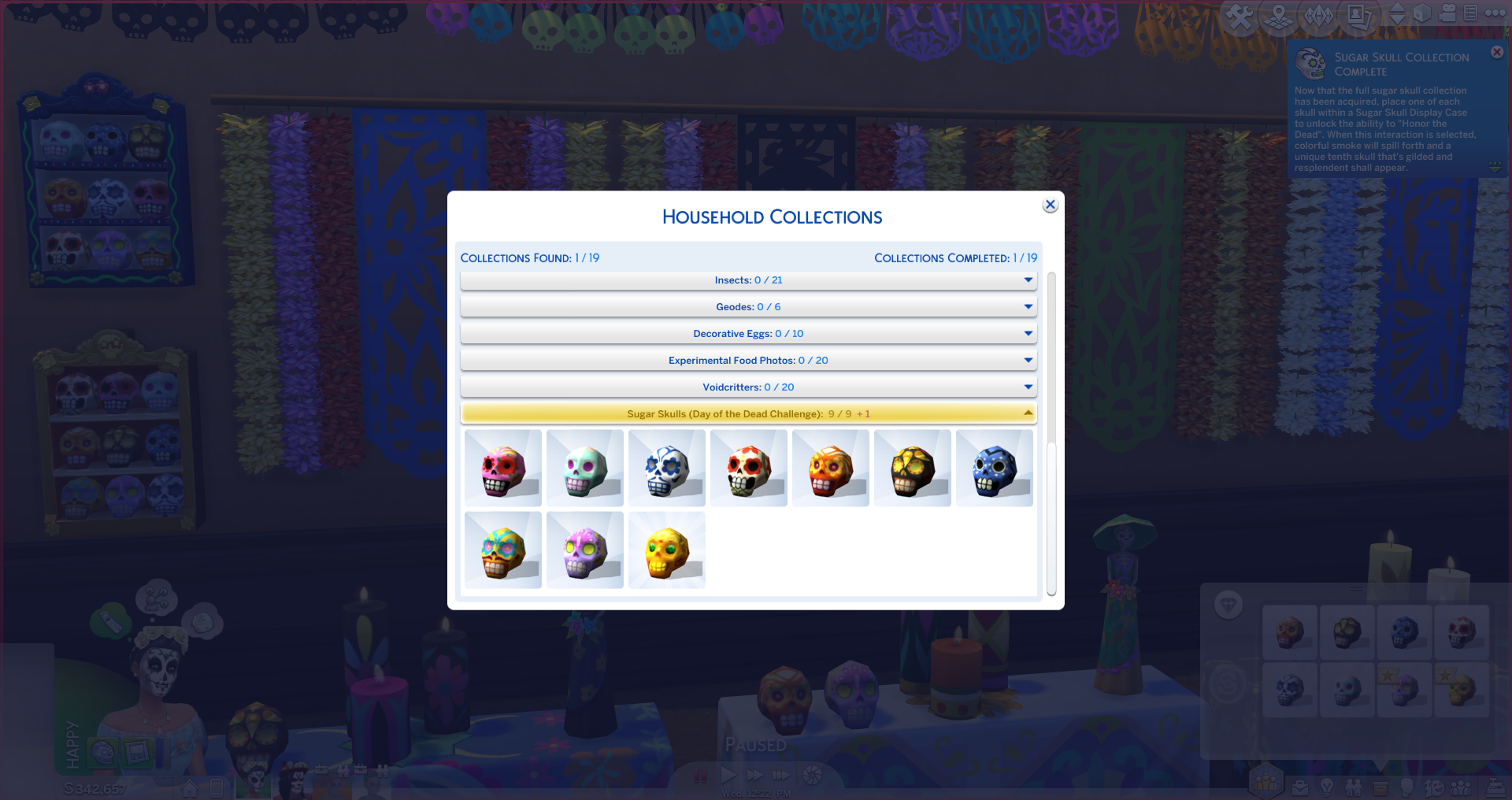 Once you have collected the first nine Sugar Skulls, place them into the Sugar Skull Display Case. Once they are in place, the “Honor the Dead” interaction is unlocked.

Once a Sim honors the dead and joins the festivities of the Day of the Dead, Sims will receive the 10th and Golden Sugar Skull, special celebratory attire, and a special 8-hour moodlet that gives Sims enhanced interactions with the Grim Reaper. 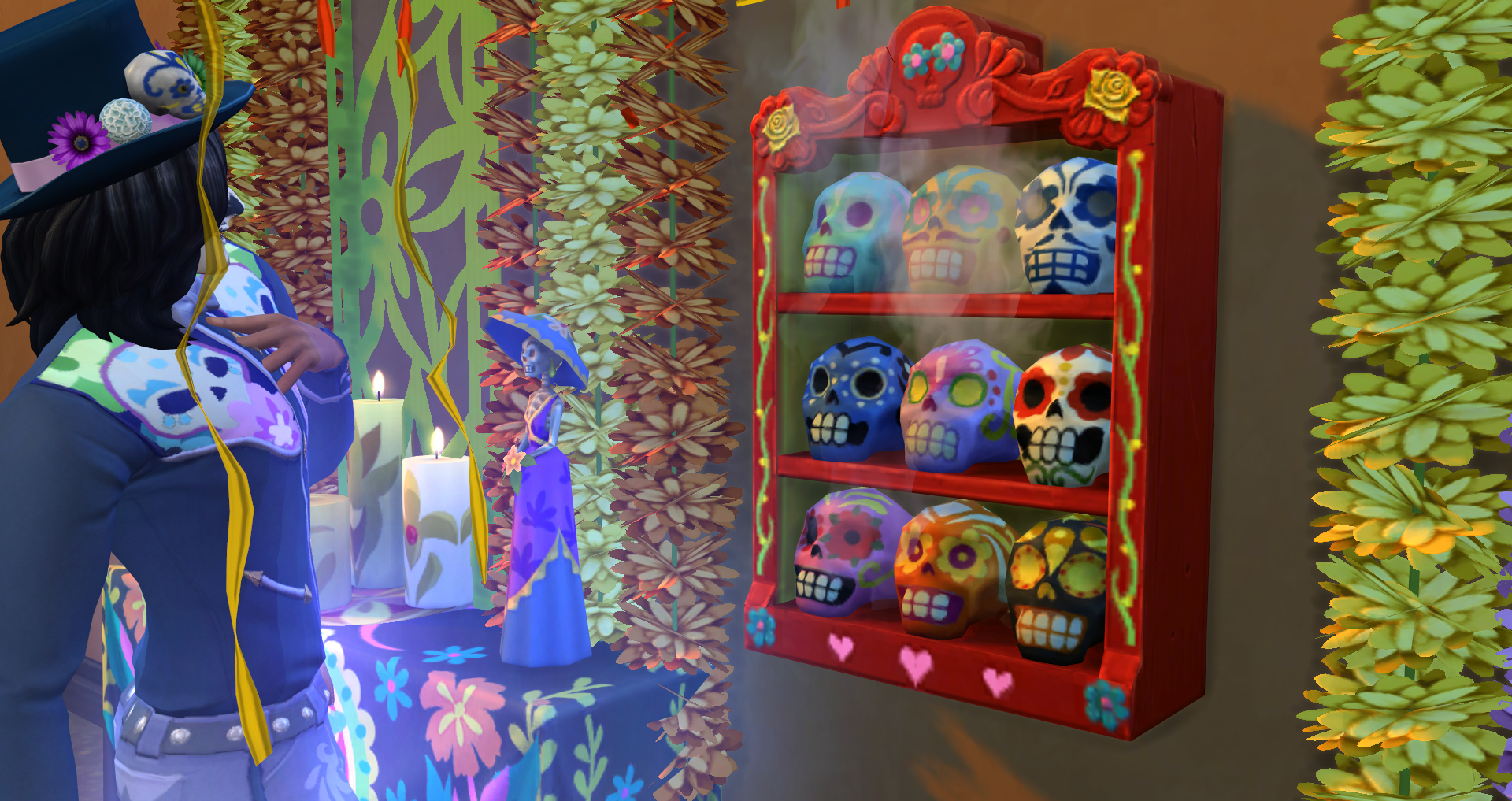 Day of the Dead Celebrant

Sims who have honored the dead will receive a special 8-hour “Day of the Dead Celebrant” moodlet. As long as a Sim is a celebrant, they will have a high chance to successfully plead with the Grim Reaper for another Sim’s life and even gain relationship with the Grim Reaper at a quicker rate. 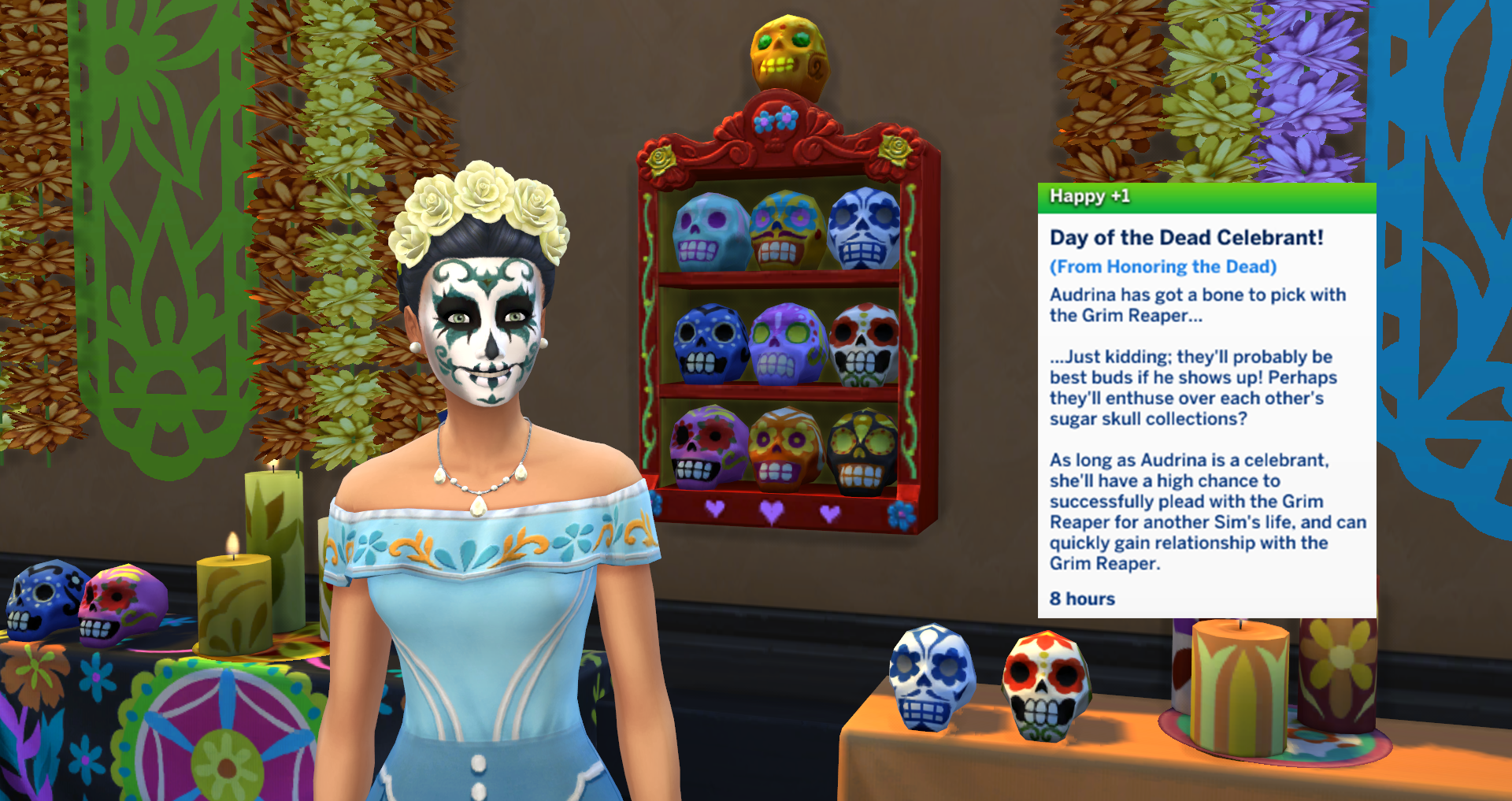 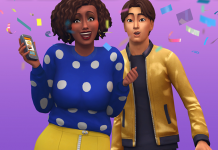 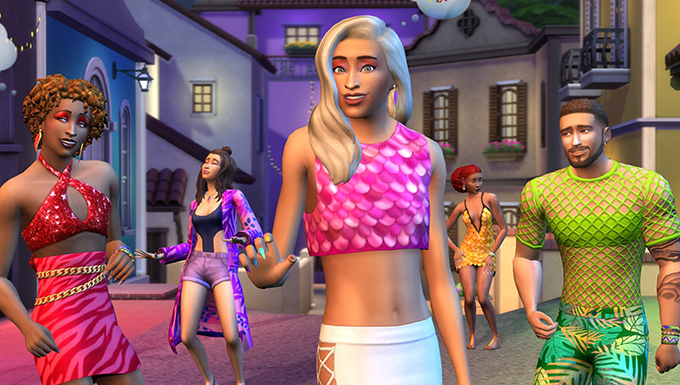