When The Sims 4 launched in 2014, the world felt empty. In the City Living expansion that dropped yesterday, The Sims 4 finally feels alive. Sims are now everywhere, all the time. Since I’ll be moving to New York soon, what better way to try out City Living than seeing how a sim deals with a new city life?

I’ve spent the last week playing through City Living with a code provided by EA, and I’ve discovered that finding an apartment in fictional San Myshuno is way easier than finding a place to live in New York. The difference is, apartments in the Sims wear all their problems on their sleeve. City Living introduces a new feature called ‘Lot Traits.’ These unique characteristics give houses and apartments special features, such as ‘Chef’s Kitchen,’ which makes it easier to get good at cooking, or ‘Lively Neighbors,’ which is a lot like my last apartment. My sim decided against an apartment with the Lot Trait ‘Needs TLC,’ in the Arts District for a nicer one in the Spice Market. It’s historic, but haunted. Hey, she can handle it. 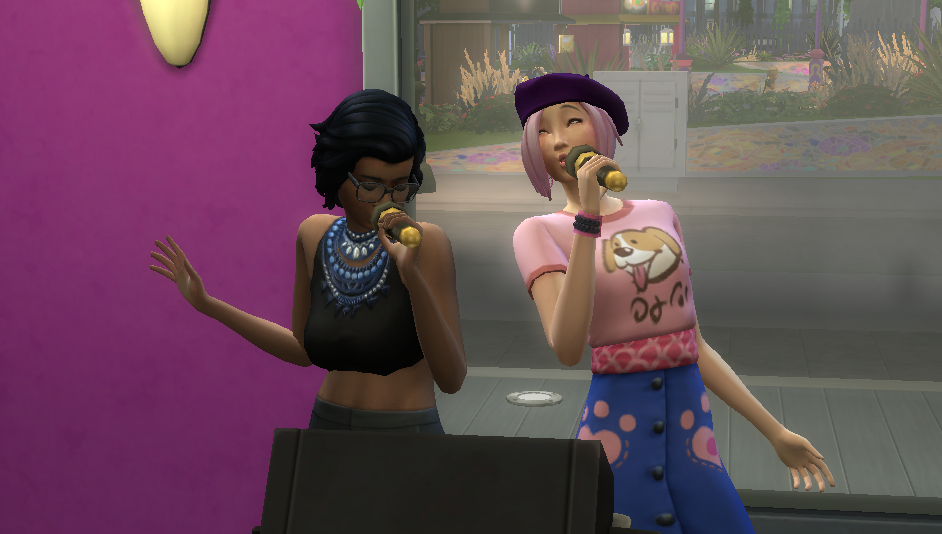 My second biggest concern moving to a new city in real life is finding friends. While I already know a bunch of people living in New York and love my coworkers there, can I find people to just, you know, hang with? I had my sim join the new ‘Critic,’ career in-game, just to make sure she’d get to know someone. In the base game, you can’t control your sims at work but you can tell them to talk to their coworkers, which grants them new friends and raises your sims ‘Social’ need. The Get To Work expansion would later making following your sims to work an option, but the series of minigames you had to complete there made it hard to ever talk to anyone. In San Myshuno, making friends was as simple as going to the bar.