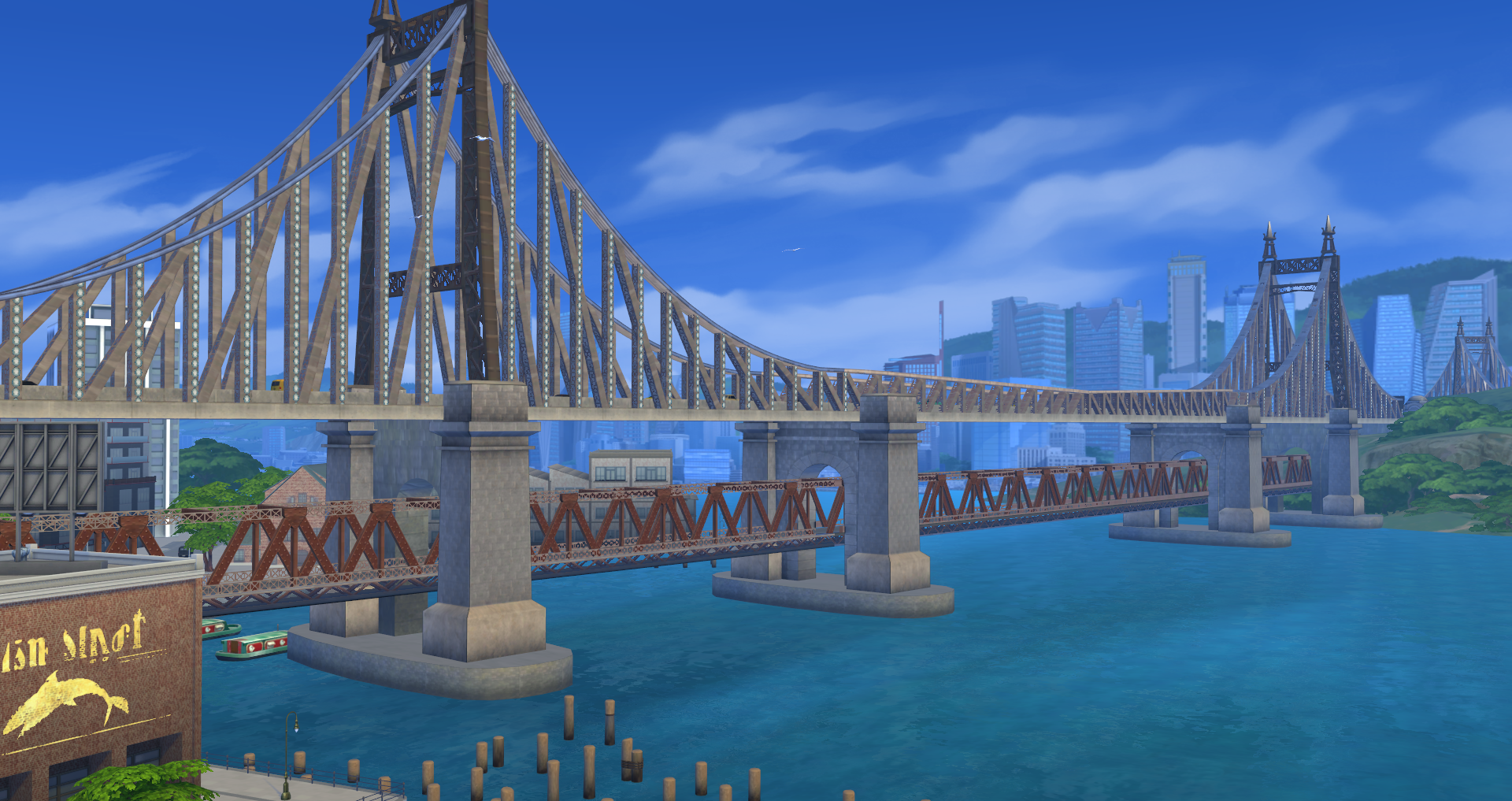 Video Game website, Twinfinite.net, sat down for a one-on-one City Living interview with SimGuruGrant. Below are just some of the answers provided by Grant, but there is a 3-page Q&A available on their website. Be sure to head over to Twinfinite for more!

With all the available ideas and different ways to do expansion packs, why a city? What was your inspiration?

So we always try to look toward the past, like we look toward the expansions that we made in the past that were ones we enjoyed making and that our fans tended to like. We sort of have a rough stack ranking of things that our fans like, and then some of those have longer technical investments they require, some of them have different – basically have different tech requirements – and we were ready and able to do the city around this time. It was also something that – players have been playing The Sims 4 for a couple of years now, and the apartments were a really cool way to sort of shock the day-to-day lives of Sims.

The Sims, really, it’s all about the day-to-day life, and if we don’t shock that, if we don’t change that every now and then it can get a bit repetitive. So the apartments and everything we put in there was a really nice fundamental change to how people play.

The other thing is that, we were inspired by Late Night, which also happened to be the third expansion for The Sims 3, and it tried to do a city as well, but it didn’t do a city very well at all. It didn’t even really look remotely like a city, and we were sort of – we were hoping that we could one-up ourselves, and I really think we did this time. So it was sort of a mix of something that our fans like, something that was the right place in the ark for the technology, something that spiced up the day-to-day life of our sims, and also something that was a really cool challenge that we thought we could succeed and beat, and all those things aligned and it was just sort of the right play.

The other thing is we’re a very global game, and I think something in the past that we haven’t done as well as move past is the sort of Americana of the game. And something we’ve really tried to do better at with The Sims 4 is to better acknowledge and represent the world that is our players. And so the last pack we tried to make sort of a European-style world.

This one we went more toward the urban setting. We were really inspired by all the cultures and ethnicities that kind of make up a city. And then we were looking more toward the East for inspiration, cities like Japan – oh, not Japan. Cities like Tokyo or Taipei, Shanghai, San Francisco, Vancouver, really cool cities. And so it was another opportunity to sort of sample from the rich culture of the world and our player base, and the city was a really great place to put all that effort.

A lot of the community was upset that there was no elevator except for in apartment complexes. Do you think fans will get over that?

Especially when they’re looking at announcements, a lot of the players kind of edit the feature list. And it can be frustrating as a creator, especially since we spent a whole year on this. It can be frustrating sometimes that they can sometimes focus on what they don’t have instead of what they do. But then again, I don’t expect them to understand or even care, because it’s not really that interesting, about all the reasons we did or didn’t do a thing.

But we look at the boards. We know what they care about, and sometimes we make the choice that we think we have something we can do that’s cooler, or we think that there’s a thing that will be better in the end. On like the elevator question, we actually debated about this and talked about it a lot. And we knew that players would want to be able to place an elevator, but in reality, most people don’t have elevators in their homes, and it would have been very, very expensive and complex to make it work. And we felt that that time was better spent making the festivals cool and interesting, adding new objects that they didn’t have in the game, adding things like basketball courts and all the different dunks, adding the ability to sell paintings on the street with the craft cart.

It’s always a trade-off, and we don’t do it will-nilly, but we try to have good reasons for it. I think that most players will not be bothered by it. I actually worked on the elevator in both Sims 2 and Sims 3. Personally, I just don’t’ think it’s a very interesting object. I get why some people like it, and it’s great that you can have woohoo and you can die in it. It’s just a trade-off. It’s always us trying to figure out where we can make the most people happy with things that are really cool and surprising.

And we have made [elevators] in The Sims 2 and The Sims 3. And with The Sims 4 we wanted to be different, so we’re not doing it just to be different, but there are things where – sometimes we’re going to prioritize the new thing because our players already have that old thing. But we understand. We get it, and maybe we’ll do the elevator at some point. Maybe we’ll do those other things at some point. But I sincerely believe that they will get their money’s worth, and that there is a lot to love in City Living.

The scope of the world is so huge. What were the challenges in building that? Did you scale back/add anything last minute?

This was the most difficult world we have ever made in the history of The Sims. It was just an overwhelming undertaking, and it’s just like this sort of phenomenal – I’m super proud of that team, and I think they have a lot to be proud of.

For example, we had to build what we call shell technology. The apartments are essentially just enormous models that then have to interface with our build system so that people can build on top of those. This changes our camera system. This changes LODs, which is effectively when things pop in in-frame based on where you are in the distance, which has huge implications on our video card and performance implications for how well the game runs.

We had right up until the very last minute, right up until the wire, all kinds of stuff like ‘Oh my god, we have to touch up the background map painting.’ So we effectively have paintings in the very background for the distance views. Like a lot of movies do that, for example. And so we had to touch that up, make sure that was clear. At certain camera angles, there might be empty spots that we had to fill in. Our visual effects team was placing sims in the world to create a sense of traffic. They designed a real traffic simulator for all the cars that are driving, so the cars will stop and use the stop lights. They don’t just plow through each other.

I don’t think we compromised on anything, and maybe in some cases we should have. It’s one of these things where we basically went all out. We just sort of went crazy on this one, and I’m sure I will get yelled at by some manager for the budget implications.