With only a week left before The Sims™ 4 Vampires* Game Pack launches, we are so excited to dive a little deeper into one of the biggest game-changing parts of being a Vampire… Powers! This is a unique new Powers progression system, that gives Sims new Powers & Weaknesses that are new to The Sims 4! So, let’s take a look.

Exciting, right?! Your Vampire Sims will have great options to increase their Vampire Rank, including duelling, reading Vampire lore and being mentored by other Vampires. Increasing their Vampire Rank unlocks an assortment of unique supernatural Powers. Mutate into a bat to travel, control Sim’s minds, slip into the darkness, wield vampiric strength, and more! But take heed, with every up, comes a down. And as powers are unlocked, you must also choose weaknesses to maintain balance. 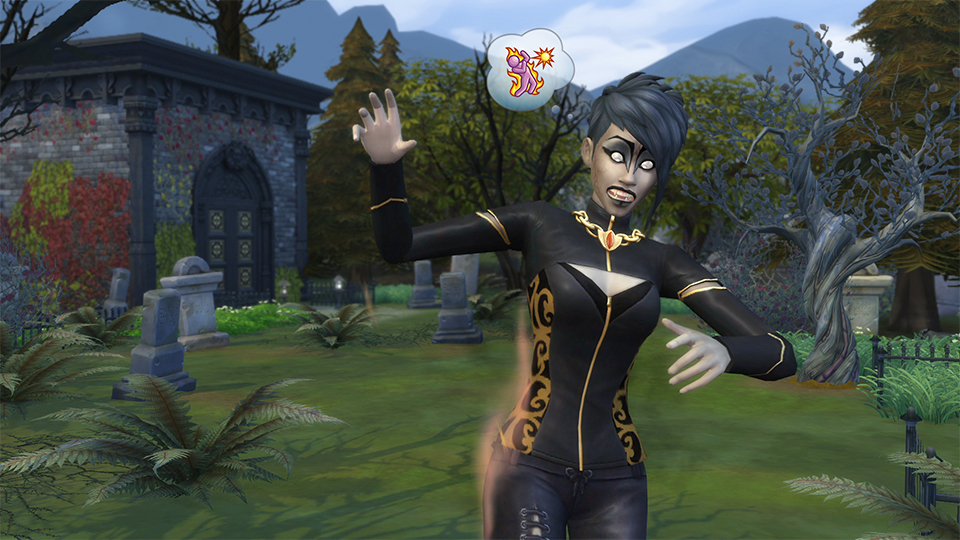 Thin skinned Vampires will find themselves with extra flammable skin, which can sure make going out into the sunlight difficult. Sims who don’t want to treat their friends as lunch can choose to drink from the Plasma fruit. Meanwhile, other Sims could suffer from uncontrollable hissing, which always makes for an awkward social situation… 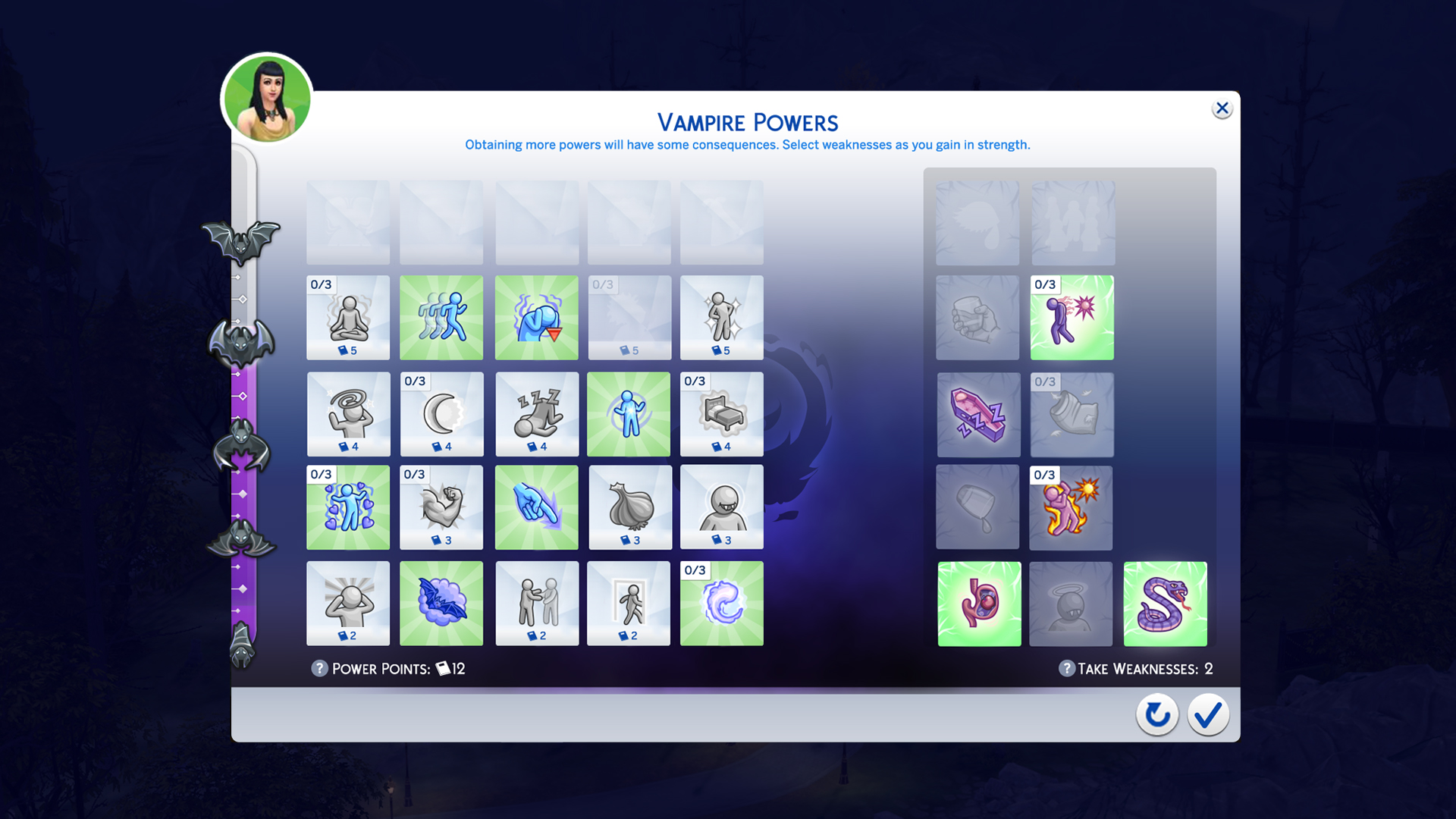 Now, if you are fretting about having to pick between all of those awesome Powers – worry no longer. You can unlock almost all of the Powers and Weaknesses through research, experience, and duelling, even after you’ve reached the maximum Vampire Rank. But do you know which Power Points you’re going to take first?