E3 Announces Consumer Passes, Opens to the Public in 2017 | SimsVIP

The Electronic Entertainment Expo has officially announced they will be opening their doors to the public. On Monday, February 13th at 12pm Eastern Time, E3 will have 15,000 tickets available for purchase to the expo. (Keep in mind EA is hosting a separate event)

Historically, E3 has been a media-focused event, and while they tested the waters in 2016 with an off-site event, the ESA has decided to allow consumers into the expo. The expo runs from June 13th-15th, and additional details can be found on their website.

Via GameSpot: Priced at $250 (or $150 as part of an early bird discount available on February 13), tickets provide access to the show floor, panel discussions, and other events from Tuesday through Thursday of E3 week.

The ESA will partnerwith games media veteran Geoff Keighley to provide attendees with access to special benefits associated with Keighley’s own E3 programming, such as developer interviews and more. Full details on this and other elements of E3’s new public plans will be announced in the coming weeks. 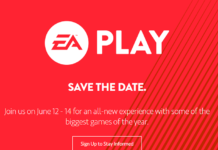