How to: Building Using Only the Base Game | SimsVIP

Home Guides and Tutorials How to: Building Using Only the Base Game 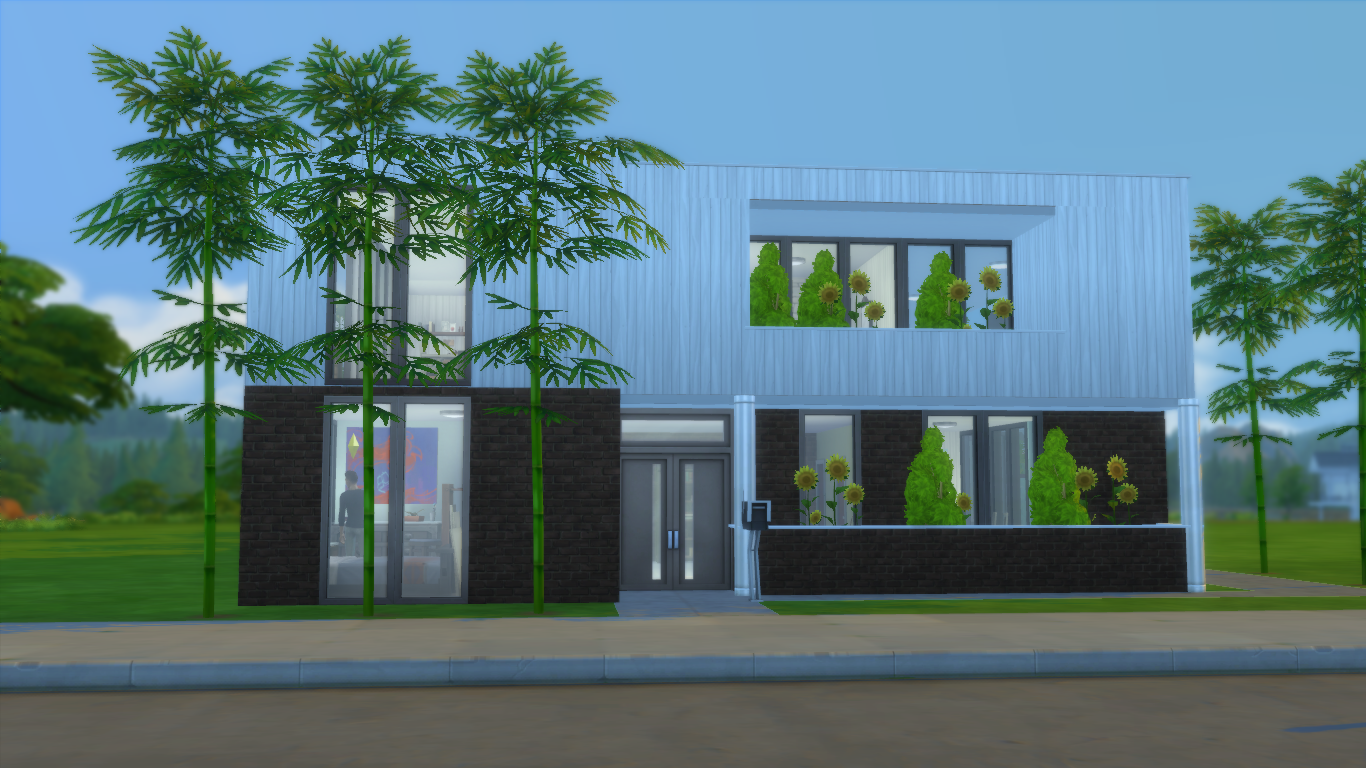 With a new piece of DLC being released all the time it’s so easy to pass The Sims 4 Base Game off as boring and empty and to forget that its completely possible to create something amazing without using objects from expansion packs. Whether you’re a simmer who just doesn’t own everything or someone who wants to challenge themselves to get back to their Sims 4 roots, building something using only the Base Game can be great fun. Here are some of my tips and tricks for building a Base Game only home that looks interesting, exciting and doesn’t leave you wanting for any extra content!

With its limited number of items, it can often feel difficult to achieve the style that you want using only the Base Game’s objects. To make a build truly look its best it can often be beneficial to centre your ideas around the styles available in the game. For this build I chose a suburban and family-orientated style but the Base Game is great for traditional builds and ultra-modern styles too. 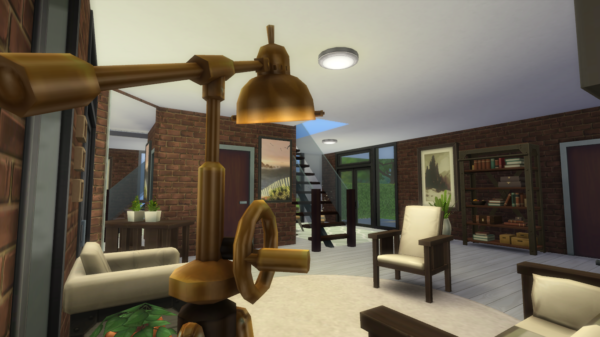 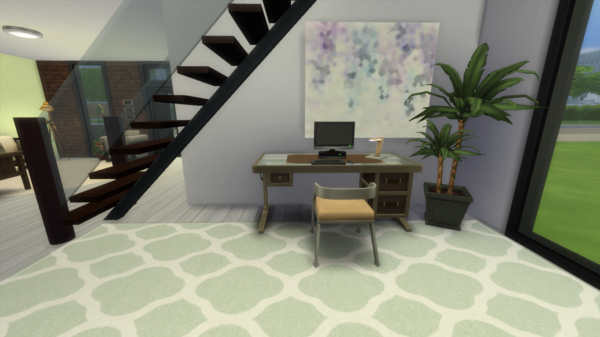 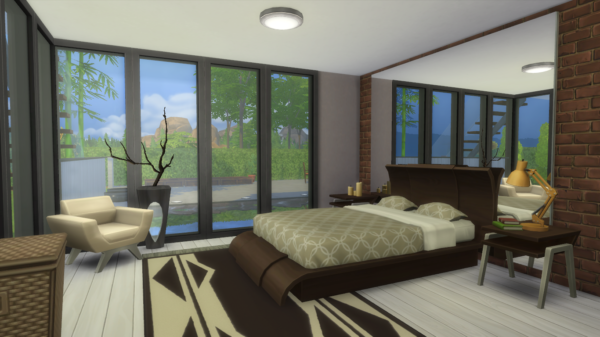 When I was originally designing this build I knew that I wanted it to be unusual and interesting. I feel as if a lot of the time Base Game builds have a reputation for being slightly plain and bland but that doesn’t have to be the case at all. Expansion Packs, Game Packs and Stuff Packs only bring with them extra items, the majority of The Sims 4’s build tools are at your disposable no matter how much extra content you own. For this house, I decided to place all of the bedrooms on the ground floor and have the kitchen and living space on the first floor. Although this is only a small design decision it makes the build automatically feel a little different and unique. I also made use of half walls. Instead of having windows on the upper floor I decided to leave large open gaps in the walls. I really like the way this looks and the house feels a lot more open and airy thanks to this decision. 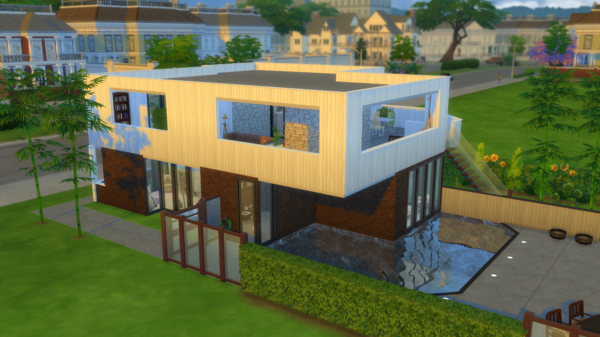 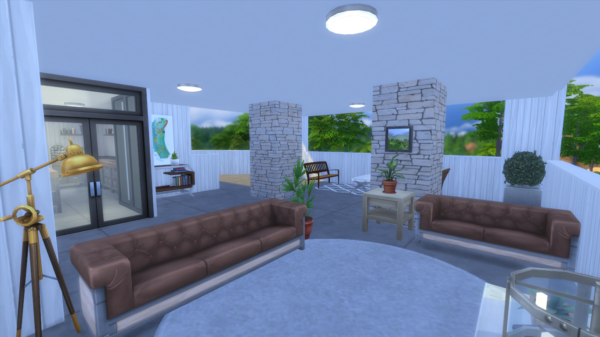 Making an unusual decision at the initial build stage can be a great way to immediately make your creation feel that bit more exciting! Try a different shape or orientation, add in some diagonals, make your build float! There are no limitations when it comes to the actual building. Doing this also means you won’t feel as if you need to rely entirely on furnishings and decorations to make a statement. 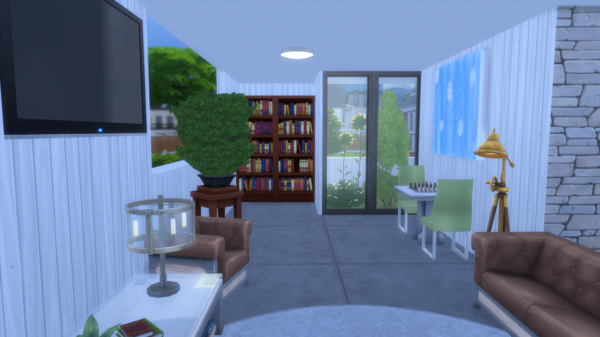 One of the biggest tips I can give you when it comes to building with only the Base Game is to construct each room’s theme around the most prominent object in that space. For example, if you’re decorating a kitchen choose your counters first and go from there, or, if you’re decorating a bedroom, choose the bed first and base the room’s colour-scheme on the bed-covers and bed-frame. This will insure that you’ll be able to make your space match and look cohesive even when working with a limited number of options. Luckily most of the objects that come with the Base Game have the same swatches. This means that instead of spending time getting frustrated because the items from City Living don’t match with the colours from Spa Day, I was able to pick out my favourite sofa and easily find a side table that matched perfectly! 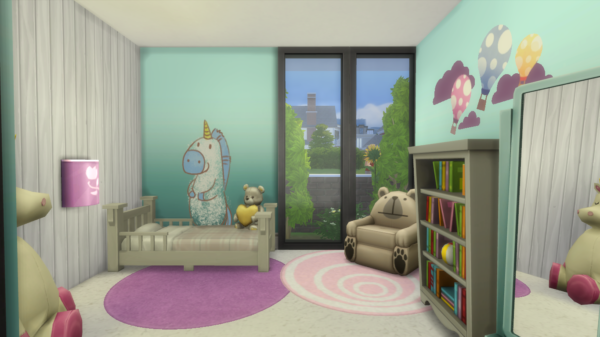 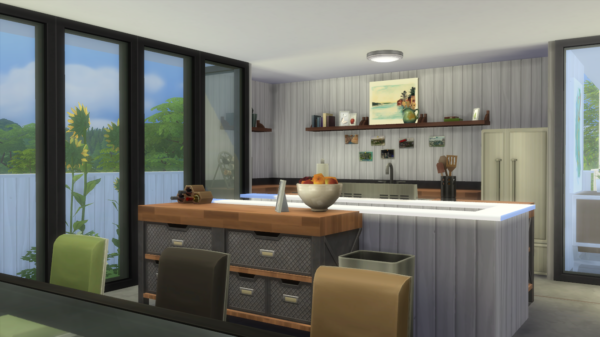 Although it can feel like there aren’t enough items available when you are purely using the Base Game, there are a few ways that you can access extra items without having to buy any extra content. Entering bb.showhiddenobjects into the cheat bar will allow you access to the BuydeBug menu, unlocking a huge amount of objects from fish ponds to martini glasses. I used BuydeBug to grab out some postcards which I then added to the kitchen wall. This makes the space feel that bit more ‘lived in’ and provided me with an extra item to decorate my build with. 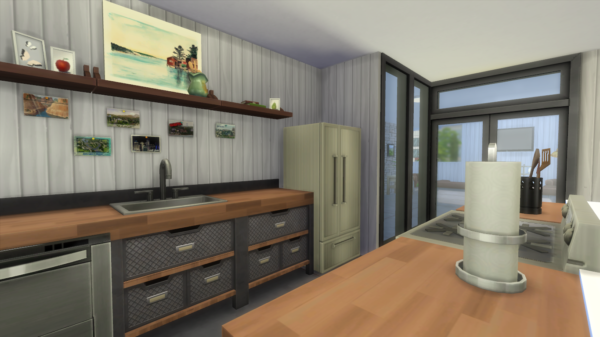 Another way to access more objects is to use the bb.ignoregameplayunlocksentitlment cheat to unlock items that are usually only available through gameplay. Enabling this cheat provides you with a little more variety and choice and unlocks some really interesting items. In this build I grabbed out some of the objects unlockable from the Painting career to add to one of the bedrooms in the house. 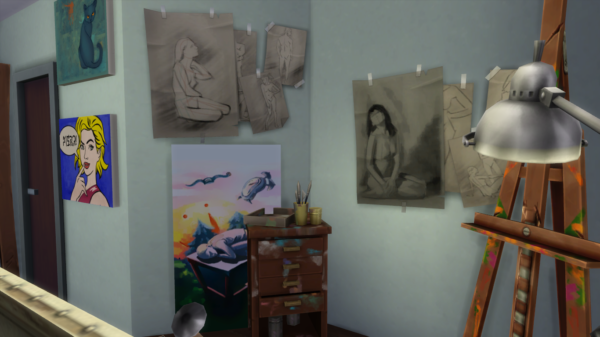 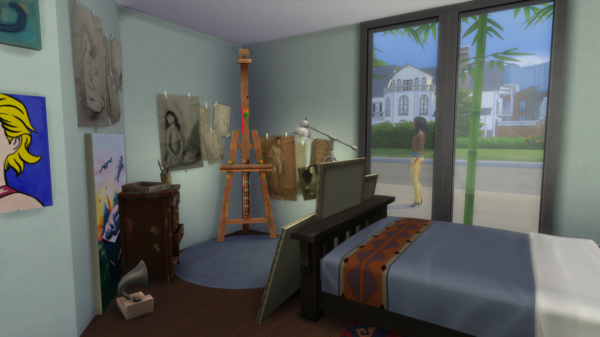 One of my favourite things in this build is the addition of in-game paintings. When I was building I found myself struggling with the lack of wall decorations, paintings and posters. I felt as if there just weren’t enough options that matched the style. Instead of using the same painting over and over again I simply moved a Sim onto the lot, used a cheat to max out his Painting skill and set him to work. Although it took a little while eventually I ended up with some really unique and interesting wall art to scatter around the place! 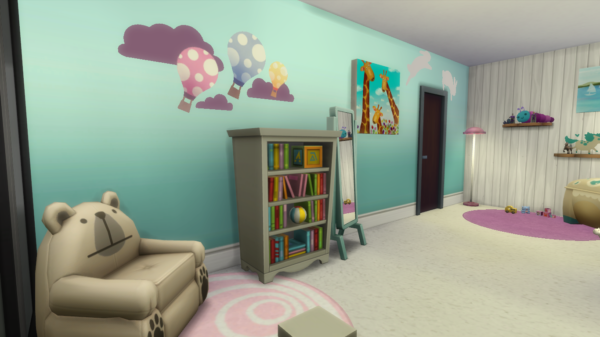 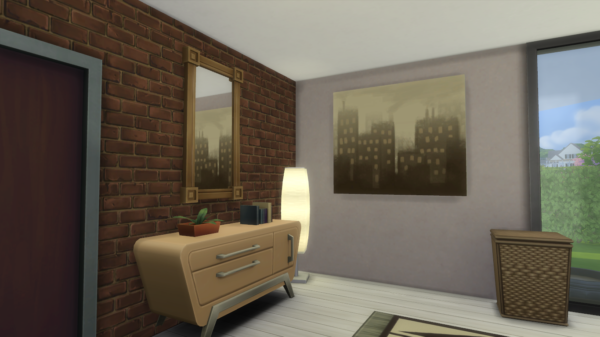 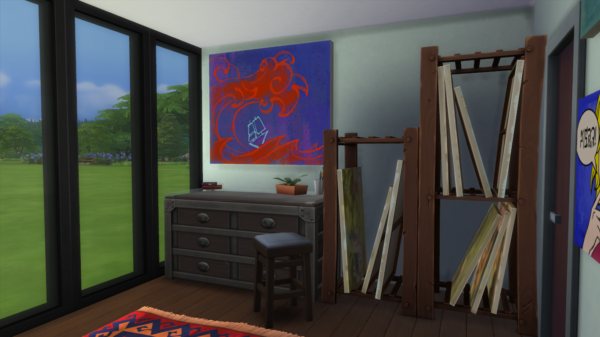 Hopefully this has given you some inspiration for your own Base Game builds! You really don’t need to feel like ‘Base Game’ automatically has to mean bland. With a little compromising, some experimentation and few sneaky cheats you’ll be able to prove that you don’t need every piece of DLC to make your builds look great!