SimGuruGraham has just announced the list of winning objects from the “Objects and CAS” survey! The image below shows off all 29 objects that will be added to the game, with the winning CAS assets to be revealed in the coming days. The next vote starts June 23rd, and that vote will determine gameplay features for the game.

A big thank you to everyone who participated in our recent vote, where you helped select the objects and clothing you want to see in our collaborative Stuff Pack project! In the time since the voting ended, we’ve parsed the data, finalized the selections, and gone through an informal internal approval process. This process is part of what was discussed in the survey blog, where I spoke about how we want to ensure we’re respecting the communities decisions, as well as offering a balanced pack.

Today I’m sharing the results of the objects portion of the survey. If you’re interested in which pieces of clothing won, check the forums again in the coming days for a full breakdown of the clothing voting results. For now, we’ve locked down the object list, and our artists are hard at work on the next step – creating object guides. If you want to learn more about what an object guide is, and how our team works during this part of the project, then click here for a development update where you’ll discover more about how we make The Sims. If you’re just stopping by to see the winning objects though, then let’s get right to it.

From 68 pieces of object concept art, your votes helped narrow them down to the top 28* pieces you see below. We did end up making a few adjustments to the final list, so as to provide a balanced offering of different objects within the pack. For example… there were two styles of the wicker loveseat, and wicker living chair that were available to vote on. All of them received enough votes to propel them into the top of the survey, but we felt they didn’t offer enough visual variety to include all four of them. We kept the top two, and replaced the other two with different objects that just missed the original cut. That bare light bulb that people have been chatting about actually placed number 30 on the list, but by diversifying the selections, we were able to include it!

*Bonus! We’re actually including 29 total objects. One of our internal object modelers had a little spare time in his schedule, and went ahead and created the ottoman prior to the vote.
These are the objects that will be included in this upcoming Stuff Pack: 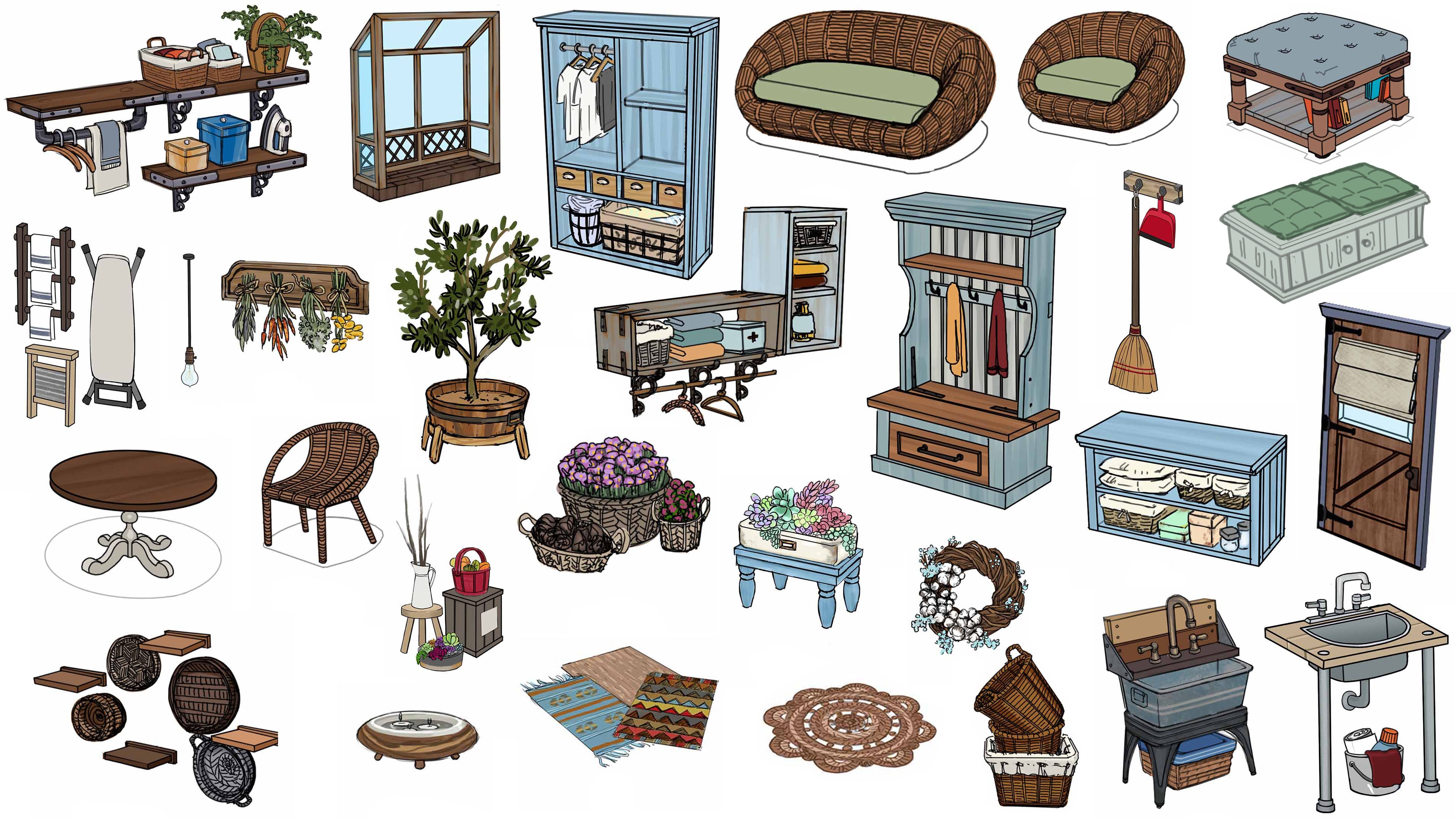