UPDATE #2: SimGuruDrake states Cats & Dogs is only coming to PC/Mac in November

UPDATE: The listings have now been removed from the retailer’s site.

Polish retailer sklep.gram.pl has listed The Sims 4 Cats & Dogs Expansion Pack for PS4 and Xbox One. According to the retailer, the expansion pack is set to release the week of November 16th, the same week The Sims 4 on Console is set to be released to the public. 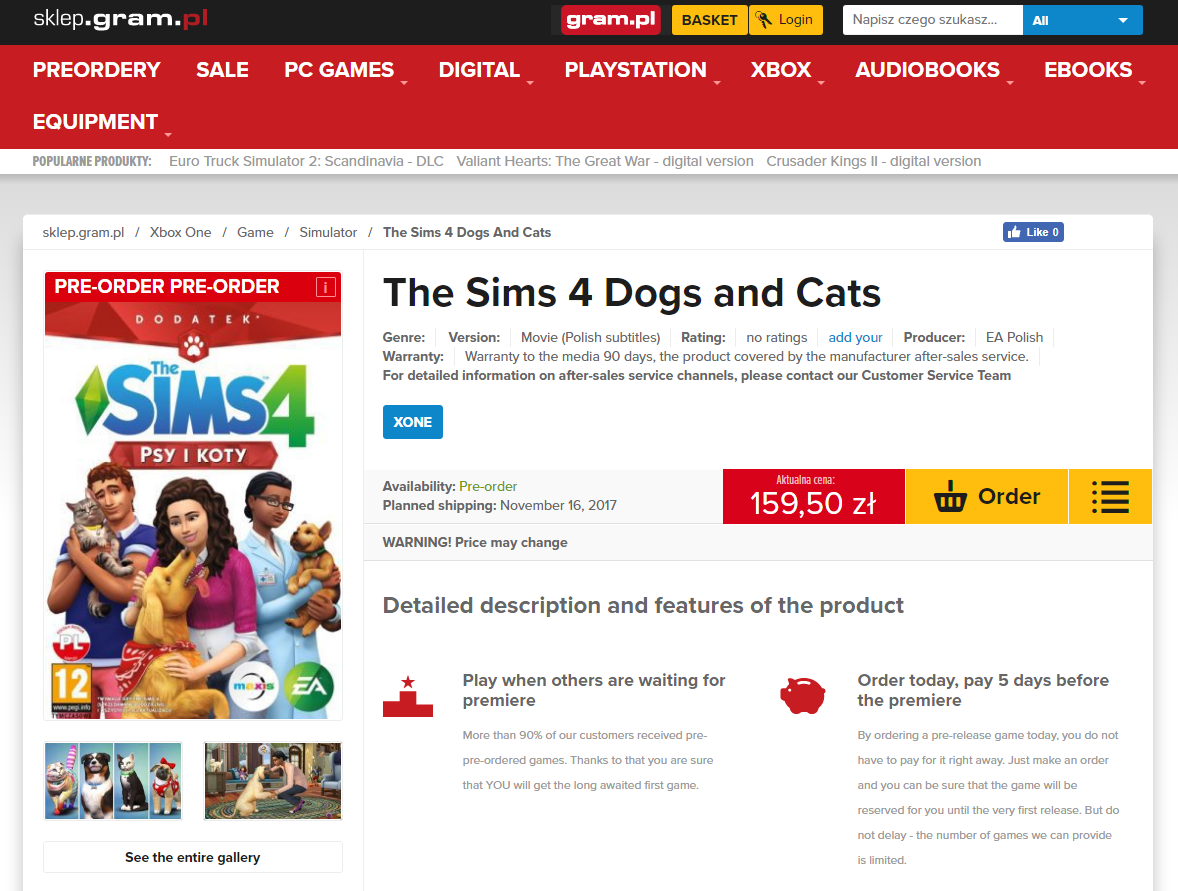 EA has been very tight lipped about which DLC packs will be available for console, but so far we have Perfect Patio Stuff, Toddler Stuff, and now, the Cats & Dogs Expansion!
Big Thanks to Polish Fansite, DotSim, for the tip!