The Sims 4 Conspiracy Theories: Who is the Hermit? | SimsVIP

With the Outdoor Retreat game pack installed, your Sims may find themselves stumbling upon a hidden opening in the woods, which may or may not have some risks in doing so. But if they are lucky enough, they may be led to a secret location to find the one and only Hermit! 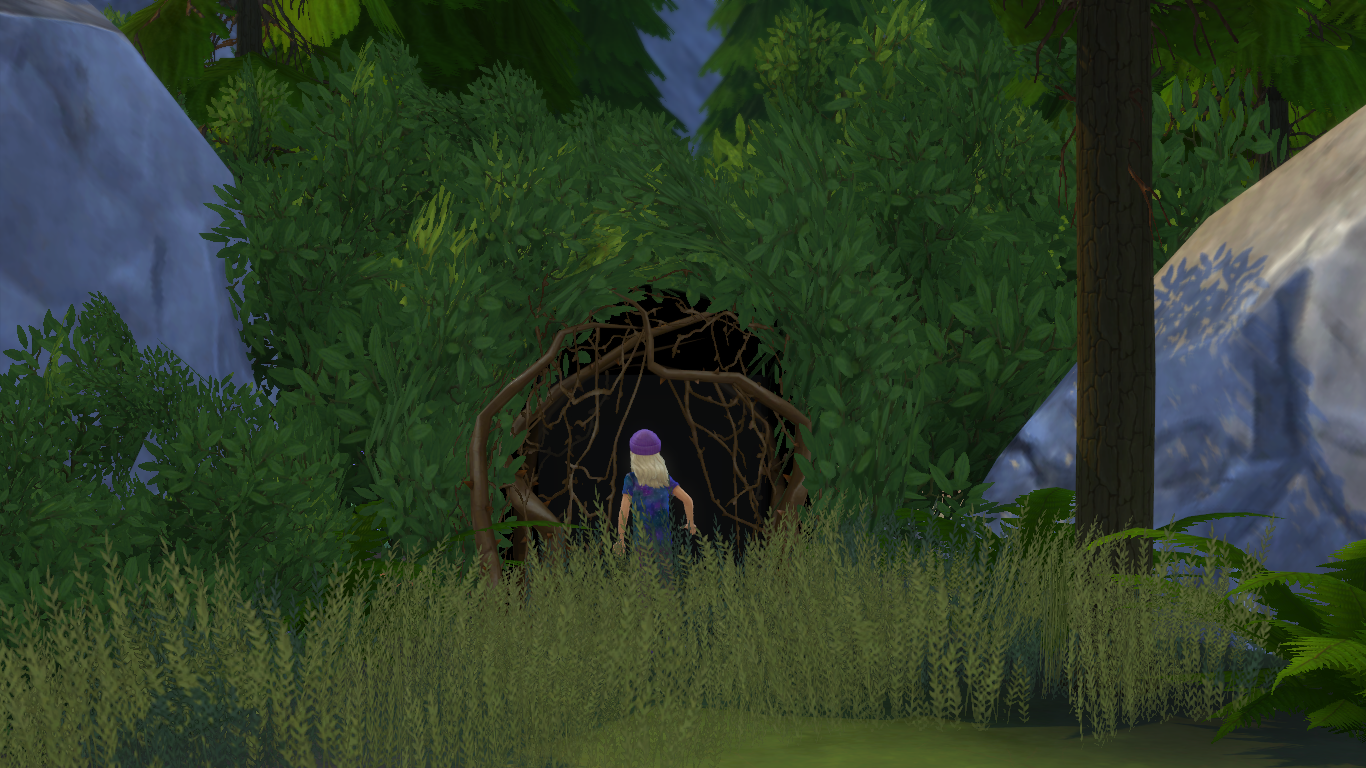 But who is this so-called Hermit? Well, depending on who you end up finding, it is an elderly man or woman who lives in a cabin that is adorned with various harvestable vegetables, fruits, and flowers. And if you build up your relationship high enough with the Hermit, he or she might just tell you a secret recipe! 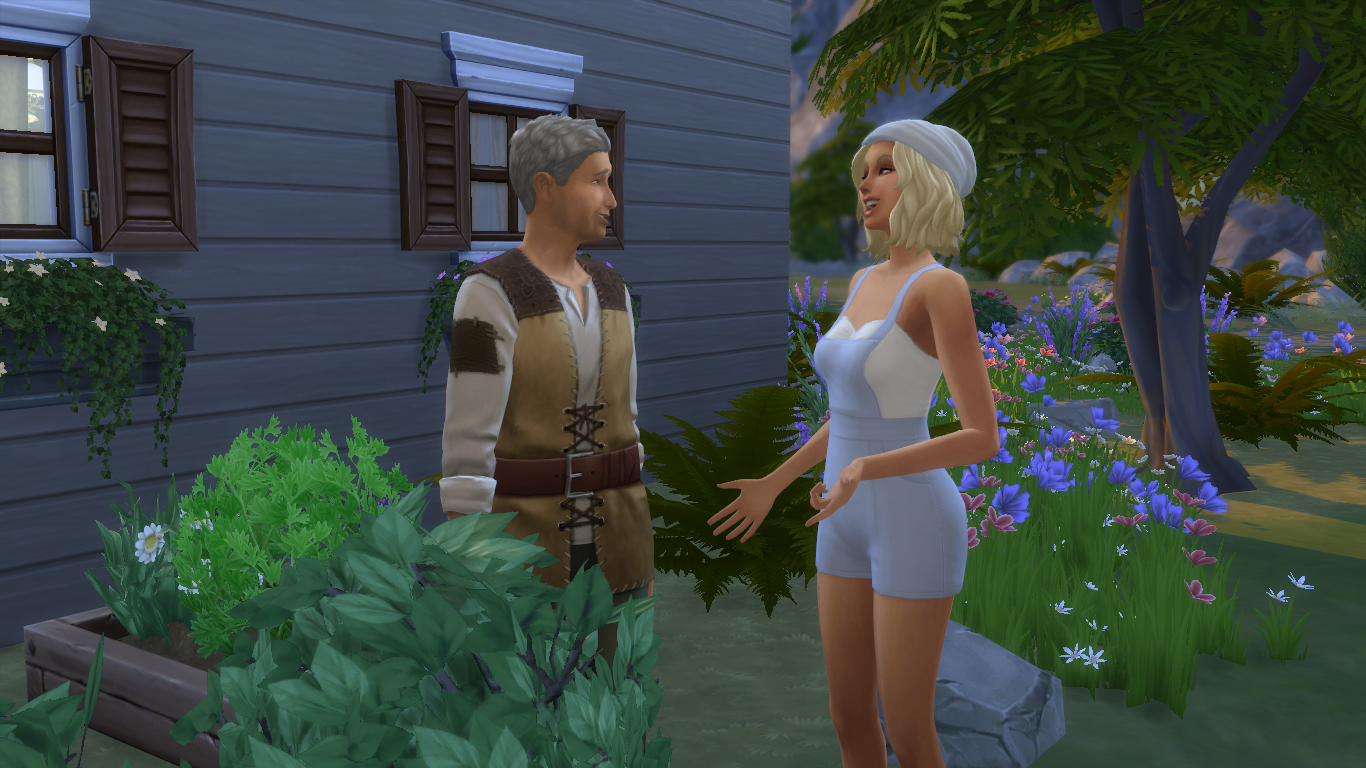 Basically, the Hermit is just this Sim that lives in the woods that can help you with gardening and cooking… but who is (s)he really? There has to be some sort of backstory to who this secluded Sim is, and I plan on getting to the bottom of this. And, as I have noticed from my previous conspiracy theory post, it seems that we all like a good Sims conspiracy theory, which is why this is going to be just one article of many conspiracy posts to come!

So, without further ado, here are a few theories about who this Hermit really is!

Theory #1: The Hermit is an alien.

What’s a good Sims conspiracy theory without the mention of aliens?! Sure, I’ve conspired that the Landgraabs are aliens, too, but from all of the Easter eggs alluding to aliens presented in the game, there have got to be more than just a few aliens in the world… they are all over!

But the Hermit being an alien does make a lot of sense, right? Just like the Landgraabs, the Hermit lives in a secluded place, presumably to keep away from Sims who might blow their cover. Plus, (s)he clearly has functional plumbing and electricity with the evidence of the bathroom and the refrigerator, but being that the Hermit lives so far off the grid from other Sims, it makes me wonder just how this is possible. Could it be because of alien technology? 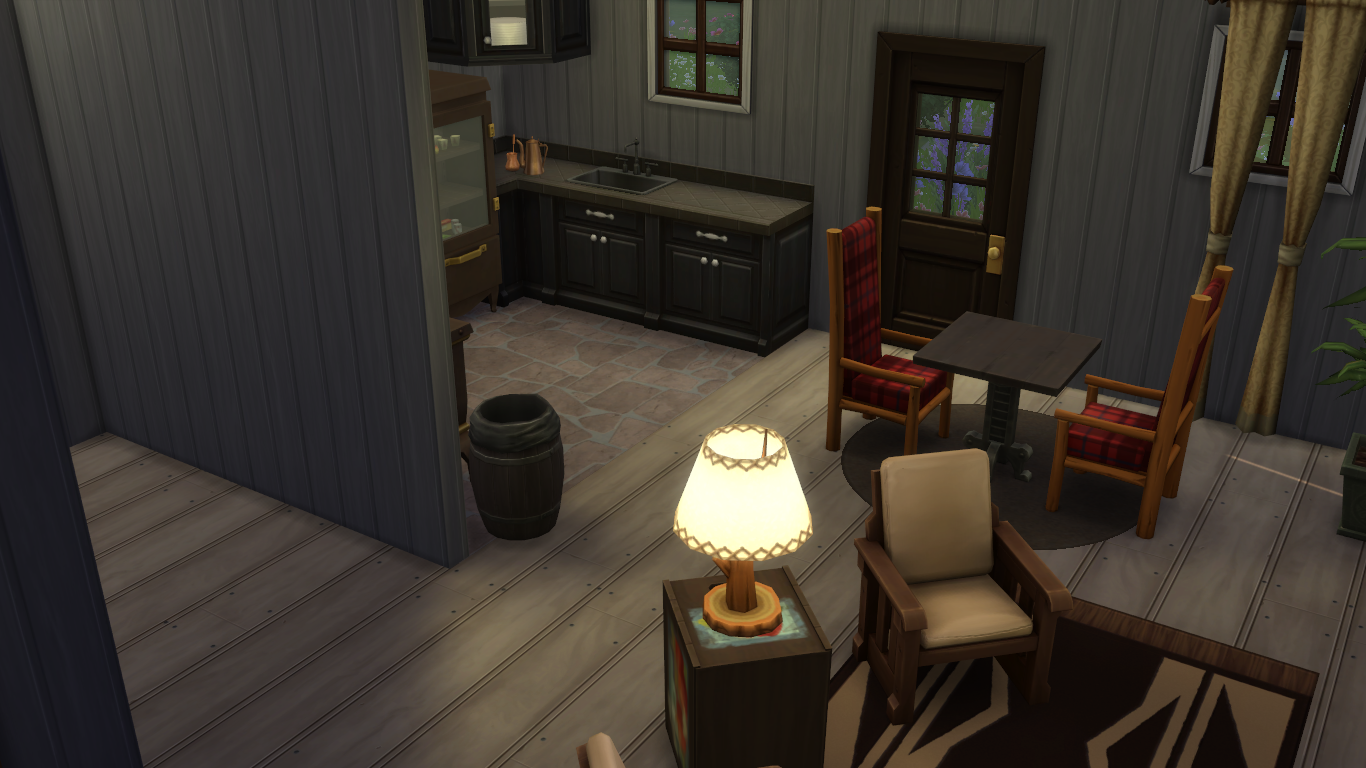 And what about the excessive amount of rare plants surrounding the cabin? My guess is that it could be a way for the unearthly Hermit to harvest secular plants as some sort of sample to analyze for later. I mean, the aliens in this game are known to probe people, so saying that they would analyze biological data of vegetables and flowers wouldn’t be that wild of a guess. 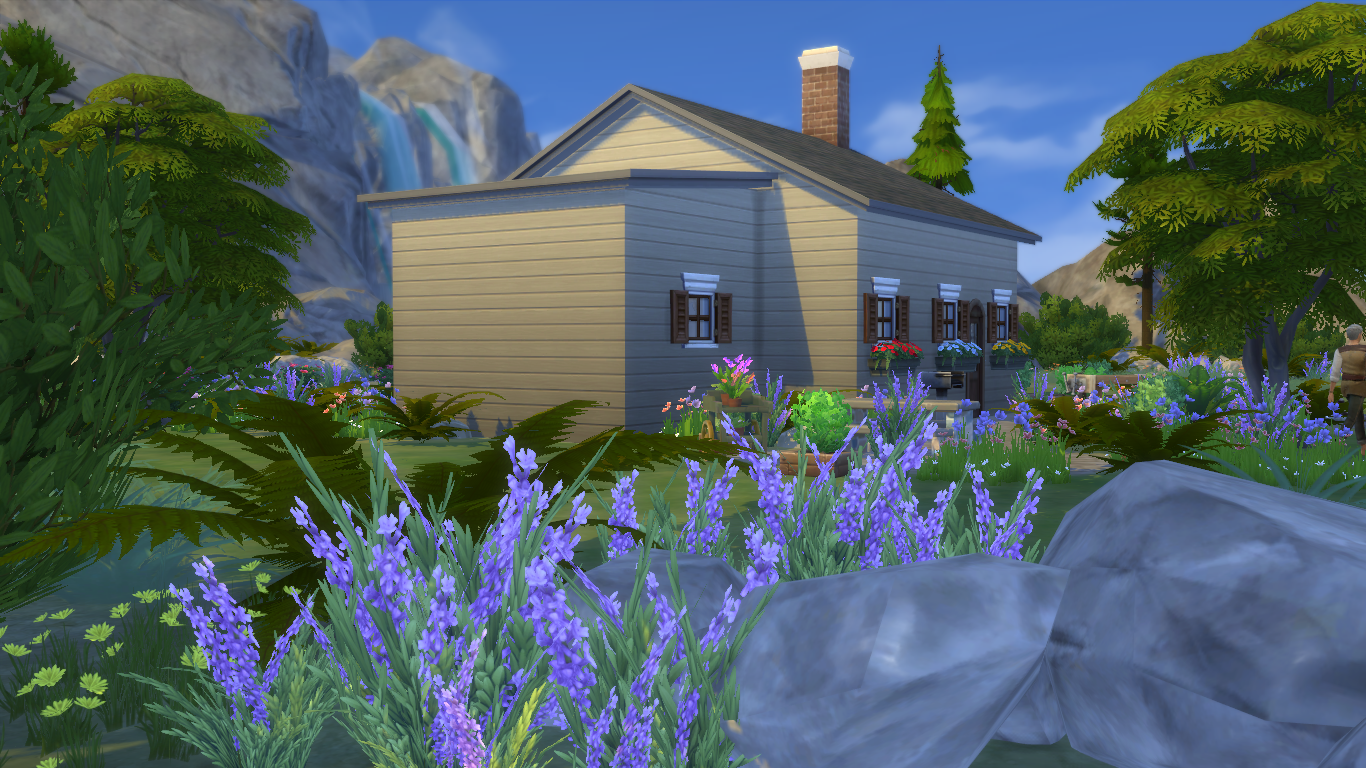 Theory #2: The Hermit has a green thumb that everybody is after.

I think that the biggest question regarding the Hermit is about why (s)he lives in such a secluded place in the woods. Maybe it’s just because the Hermit likes to live in solitude, but it’s also plausible that it could be because of something bigger.

It’s obvious from the Hermit’s garden that (s)he is an expert gardener, tending to all sorts of fruits and vegetables that are hard to find anywhere else in the world. And the fact that the Hermit can teach your Sim about a secret recipe makes for the assumption that (s)he is a skilled chef, too.

With such skill, the Hermit could have a very successful career in the culinary track or even just success from growing and selling crops. But instead, the Hermit chooses to be secluded from society. Why is that? 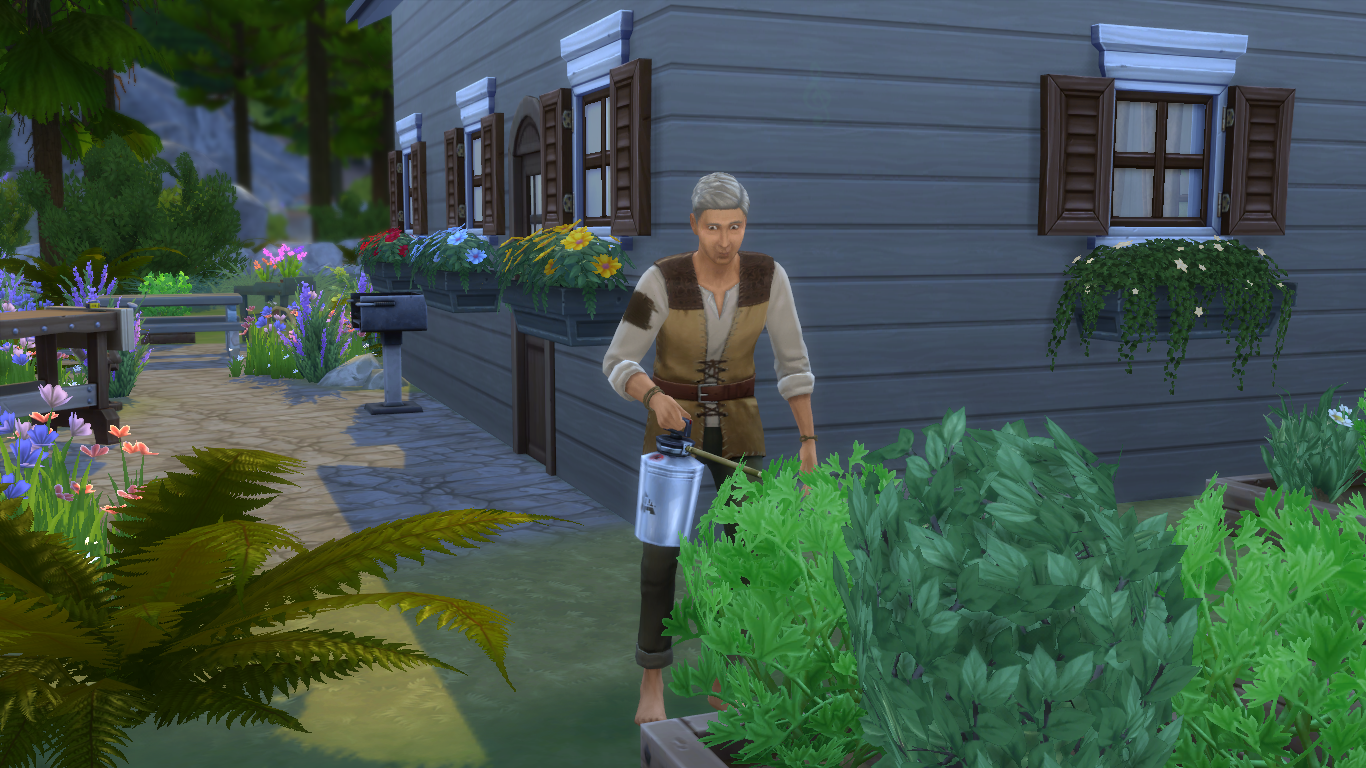 Well, maybe the Hermit’s talents weren’t so beneficial after all. Maybe the Hermit once lived included in society, but chose to leave because of how people took advantage of his/her such incredible skills. With such abilities, Sims were sure to have wanted him/her to cook for them and plant things for them. They probably went to great lengths to demand the Hermit to make food and grow harvestables for them to have for themselves, because Sims this talented in skill categories like these aren’t very common.

It’s possible that the Hermit was faced with such great pressure from society, and because of it, moved to the deep woods of Granite Falls to just get away from everything and become more connected to the Earth. Maybe the Hermit was just tired of society trying to exploit him/her, and (s)he just had enough.

Okay, this one’s deep. My final theory about the Hermit is that (s)he could actually be… you. The player.

EA has had such dedicated fans since its humble beginnings way back in the days of The Sims 1. And as their loyal fans have gotten older and grown as human beings, some of them stuck with the game, and others, well, moved on.

It is possible that EA designed the Hermit to represent both the die-hard fans of the game as well as the players who no longer stuck to the franchise, using the Hermit’s seclusion from society to symbolize the distance between the former players and the game itself. Being that the Hermit can be either a man or a woman, it is inclusive of all Simmers alike, no matter what gender. And since the Hermit is an elder, it could be to showcase all of the time spent away from the game for those who have moved on from The Sims to do other things in life, aging just like every other Sim, but clearly more wise and experienced out of old age. And for those who have been playing The Sims since the beginning, they are wise of everything that the game has gone through, and all the joy that has been created out of it. 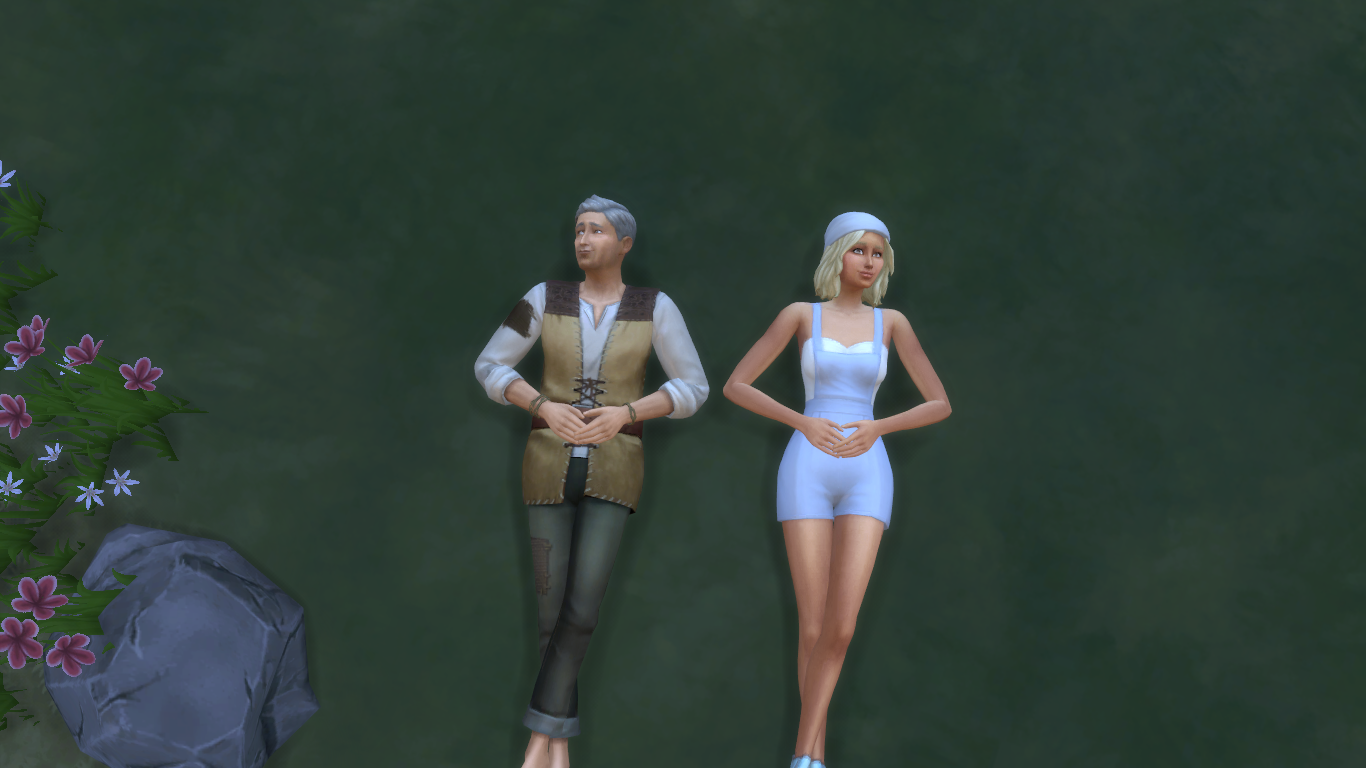 The Hermit’s vast garden might just be symbolic of the blooming that Simmers have went through over the years, becoming such vibrant life in nature that sprouted from the very beginnings of the video game’s history. And years later, the flowers in this forest are all bright and colorful, even though they are all different types. But being just like the diverse world of Simmers, those different types of flowers are together on the Hermit’s property, growing in the common soil that they share, all thriving in their ecosystem.

And even for the Simmers who no longer play the game, or are distancing themselves before returning to playing again (just like how the Hermit is still in the world of The Sims, but away from everyone else in a secret location), The Sims will always be a part of them, no matter how far they may be.