Will Wright, the original creator of The Sims and a co-founder of Maxis, announced that he is working with the development studio Gallium Artists to create a new mobile game called Proxi. The game, as Wright describes it, is “a game of self-discovery” and “a game where we actually uncover the hidden you.”

The concept of Proxi is to extract the inner you and interact with your past memories. Those memories, called “Mems,” are used to build up a personalized world where you can experience previous life events and share them with others.

This isn’t the first ambitious and unique game that Will Wright has worked on. As the creator of games such as The Sims, SimCity, and Spore, he is known as one of the most influential and creative names in the video game industry.

Wright also announced that he is teaming up with Unity Technologies for an art contest called the Proxi Challenge. Applicants can enter the challenge by recreating some of their past memories in an artistic way, which will be judged by different game designers, including Disney illustrator Bill Robinson, Pixar artist Matt Jones, and Will Wright himself.

Two winners will be chosen in the contest, and will receive the opportunity to interview with Will Wright for a chance to work on Proxi. 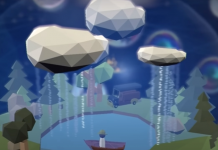 Proxi by Will Wright

Will Wright’s New Game is Building a Pre-Launch Community