SimGuruDuke stated that this is the first step to a larger journey, so you will not be able to upload and share your own creations just yet. No details on when the next console update is coming, but he did share an image of the gallery from the game at EA Play.

Wanted to share a preview of a new thing coming to console in the next update. Thx to @catloverplayer for the clever idea. Also, tag @SimGuruLegacy if you have suggestions for other content to bring over. pic.twitter.com/tcOKAUmZvI 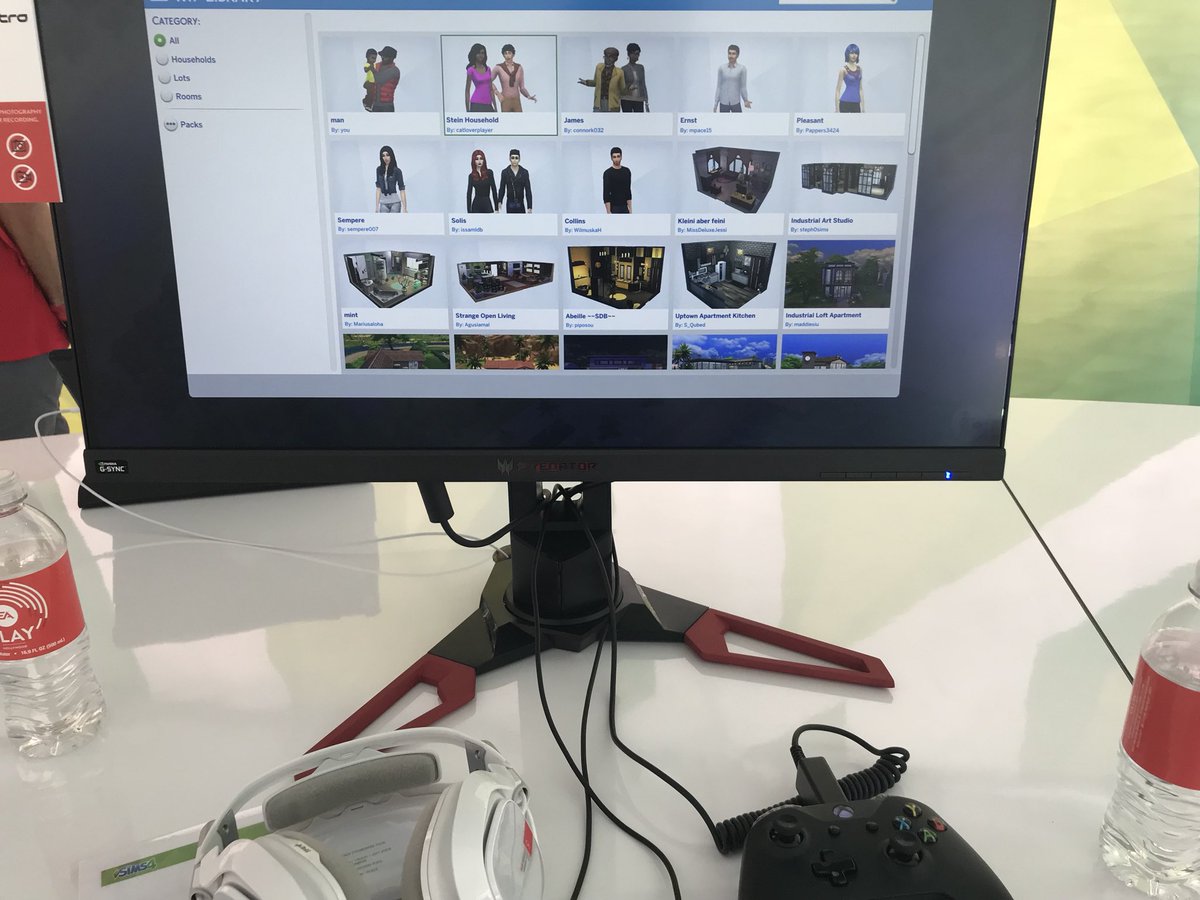 To be clear. This is not the full gallery feature. Our team has made it possible to grab pc gallery content and patch it into the console version so you have more options. It is the first step in a longer journey

We are only taking a handful of creations from the PC/Mac Gallery and bringing them to console. They will appear under My Library just like the Maxis created content. This is in no way intended to replace Gallery on the console, that is something we are still working on.

Correct, it gives console players more pre-builds to play with. There currently isn't a way for creators to know they are featured in console unless they load up the console version of TS4.