SimGuruGrant’s Farming Expansion poll has now ended, and with almost 30,000 votes, “Raising Livestock” won the poll by over 50%. “Horses” and “Living off the Grid” came in 2nd & 3rd with over 20%, and “Growing Crops” placed last with only 5% of the vote.

Let’s do a poll for EA Play. Many of you hit us up for a FARMING expansion. What is the single most important feature you would want? You have two days – vote.

So what happens next? SimGuruGrant has confirmed he will do something with these results, but he has also stated that he’ll be running another poll soon to see how Farming stacks up against other ideas. He doesn’t think it will do well.

For my next poll I want to see how farming stacks against other ideas. I have a hunch it won't do well, relative to other things. But, we'll see. https://t.co/NgneZOWXbP 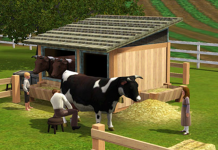