(This review was made by Sam, Simserasera, Paul Bentley and Benji, with the help of Ines)

In spirit of Spooky Day arriving soon, costume designer Aaron Cass contributed to the San Myshuno Times to talk about how to fuse a stylish traditional look with a modern twist to make for a mystical, formal look. 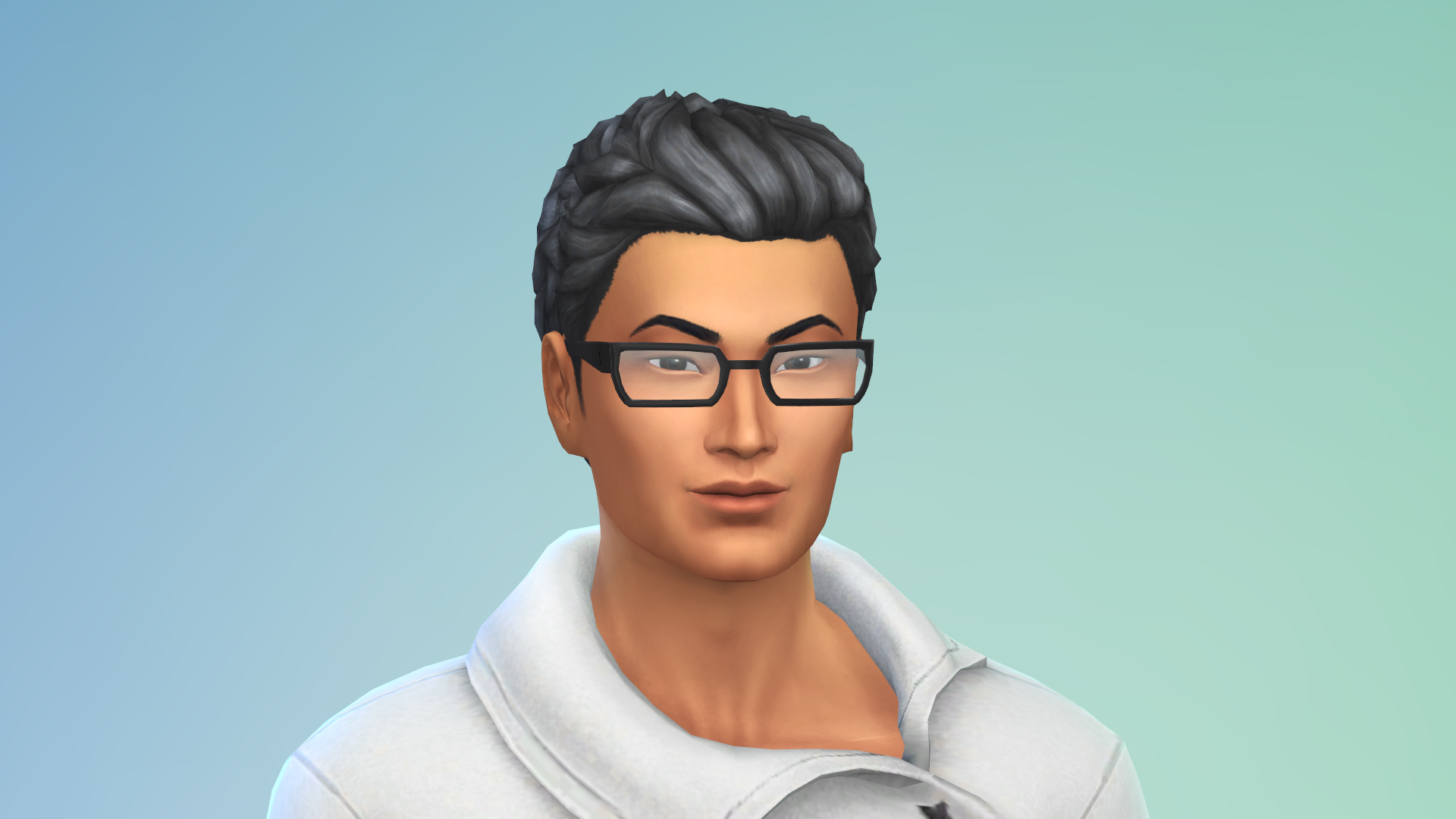 It’s that time of year again. The temperature drops, the sky gets darker, and the Spooky Day feel kicks into high gear. This is the season where you can finally bring out that long, heavy clothing and dress like summer don’t even exist.

As a costume designer, I have created all sorts of clothing: Victorian dresses, alien space suits, farming attire–you name it. But the types of costumes that seem to be slowly coming into style now is traditional. That’s right, traditional is the new modern.

But let’s take this a step forward with some more contemporary elements. Here are some tips on how you can stand out this Spooky Day season with classical clothing that has a modern twist.

A lot of high-end traditional fashion styles such as Victorian fashion and baroque fashion tend to have many layers to them. The colors themselves are usually pretty modest, but can have a splash of color put in as an accent.

That’s nice and all, but if you want to make a traditional style look current, I would suggest taking a bold color and just running with it.

For instance, this is a suit I made for a play called Magnolia Abbey, which is inspired by British 20th century fashion. As you can see, though, the suit is modernized with tight pants that have black accent bands around each leg. And, of course, it has a lot of red, which is my favorite color to play around with. The color just pops so well, doesn’t it? 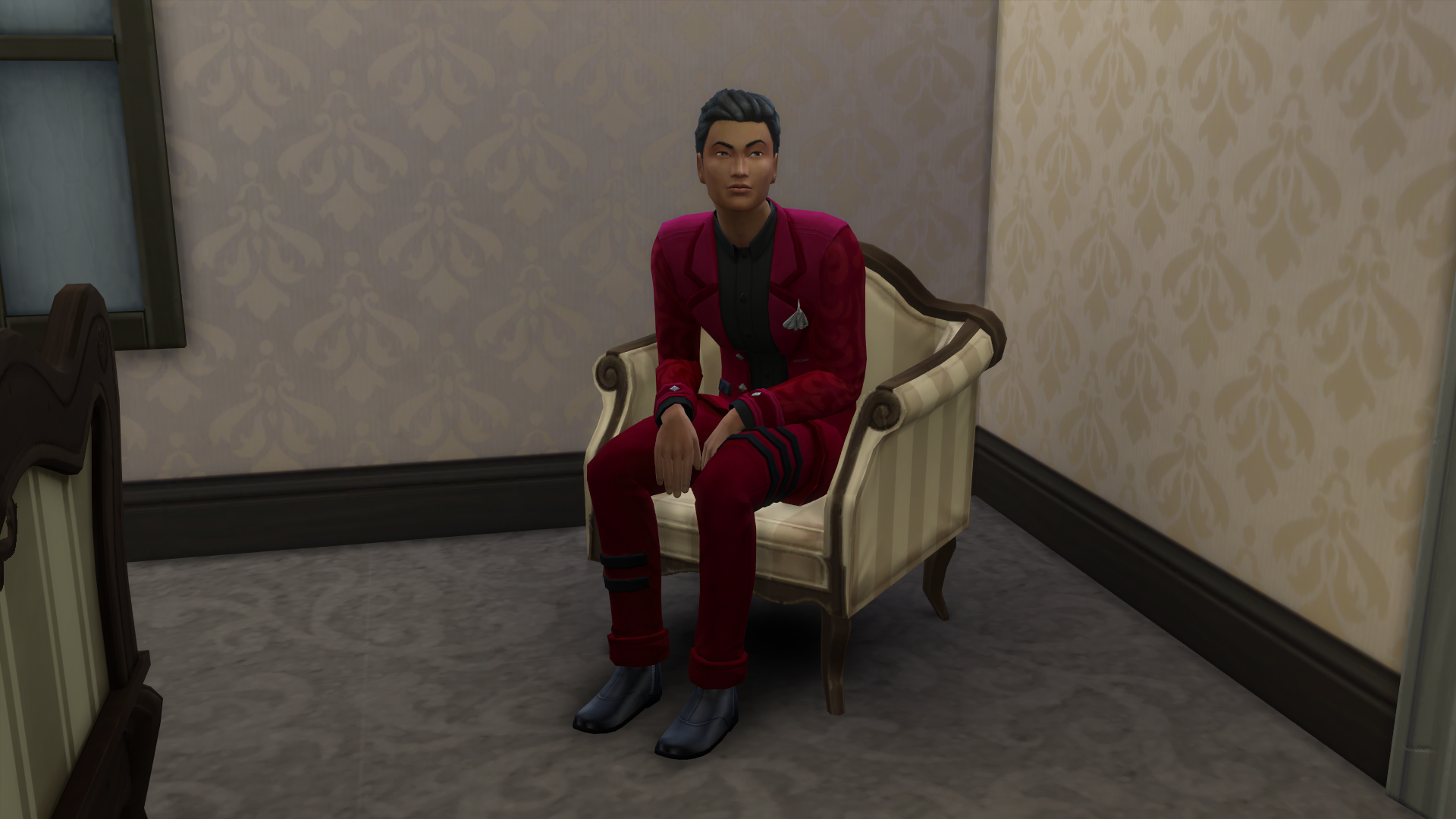 Wear the traditional clothing in a modern way.

Want to make a subtle modern twist on your traditional style? Simple, just take the traditional clothing you already have and experiment with how you will put it on your body.

Traditional styles tend to be a bit modest, so maybe try to make your outfit look a little more edgy by unbuttoning a few buttons, rolling up some sleeves, and untucking your shirt. You’ll still look classy and sophisticated, but now you’ll be the standout dresser at any Spooky Day get-together.

This is what I’m going to wear to Caleb Vatore’s autumn feast next month. 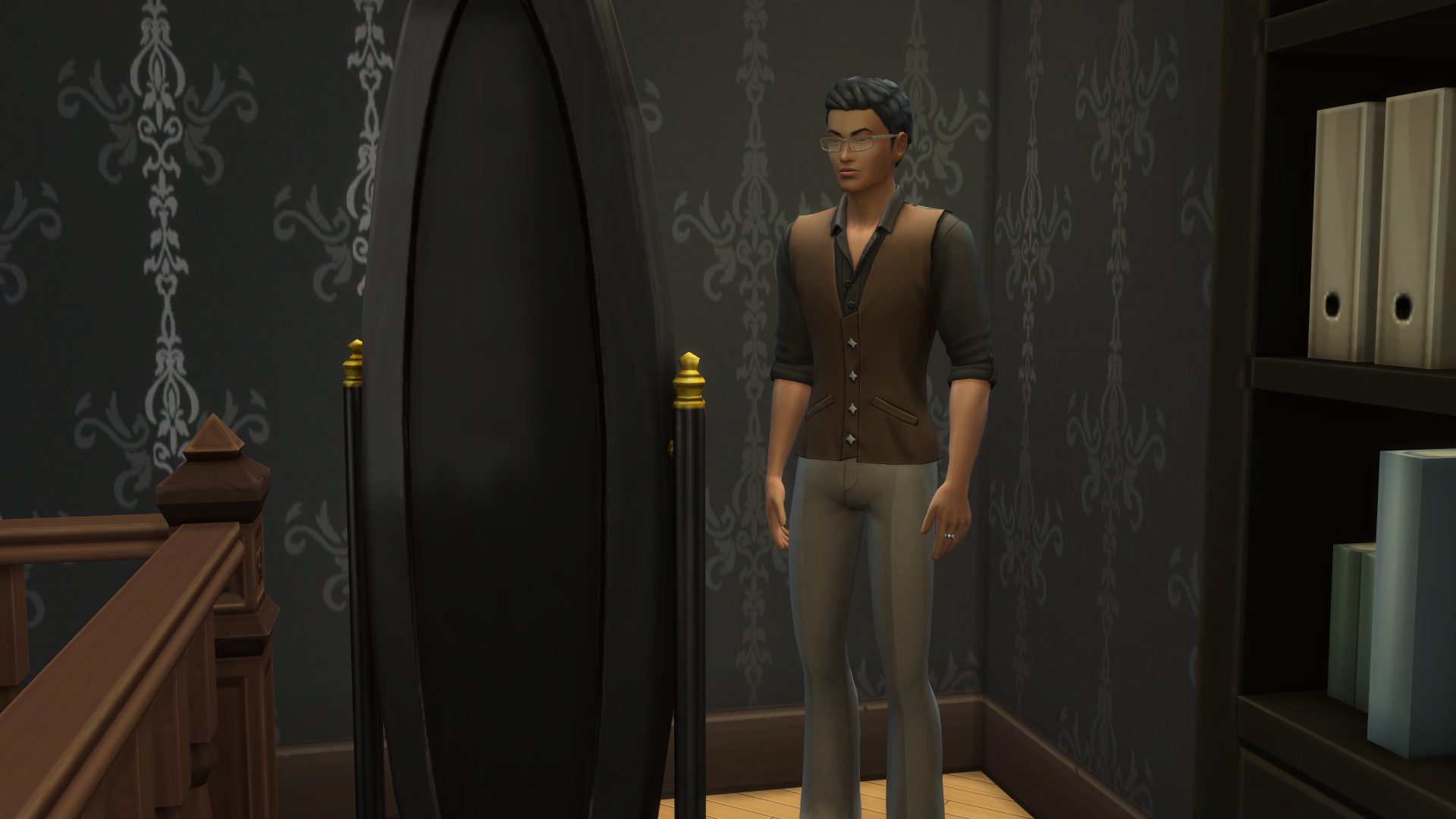 While you make your colors pop for that modern twist, consider adding in some bold accents to balance out the flashiness of the color.

My go-to for bold accents are dark colors and flashy accessories. A black base color and some gold jewelry can go a long way. By doing this, you are in a way inversing the colors of traditional style while still keeping the essence and theme of it alive.

As you can see here, I accomplished this by adding a golden necklace and a gold belt decal to my red coat with a black turtle neck underneath. 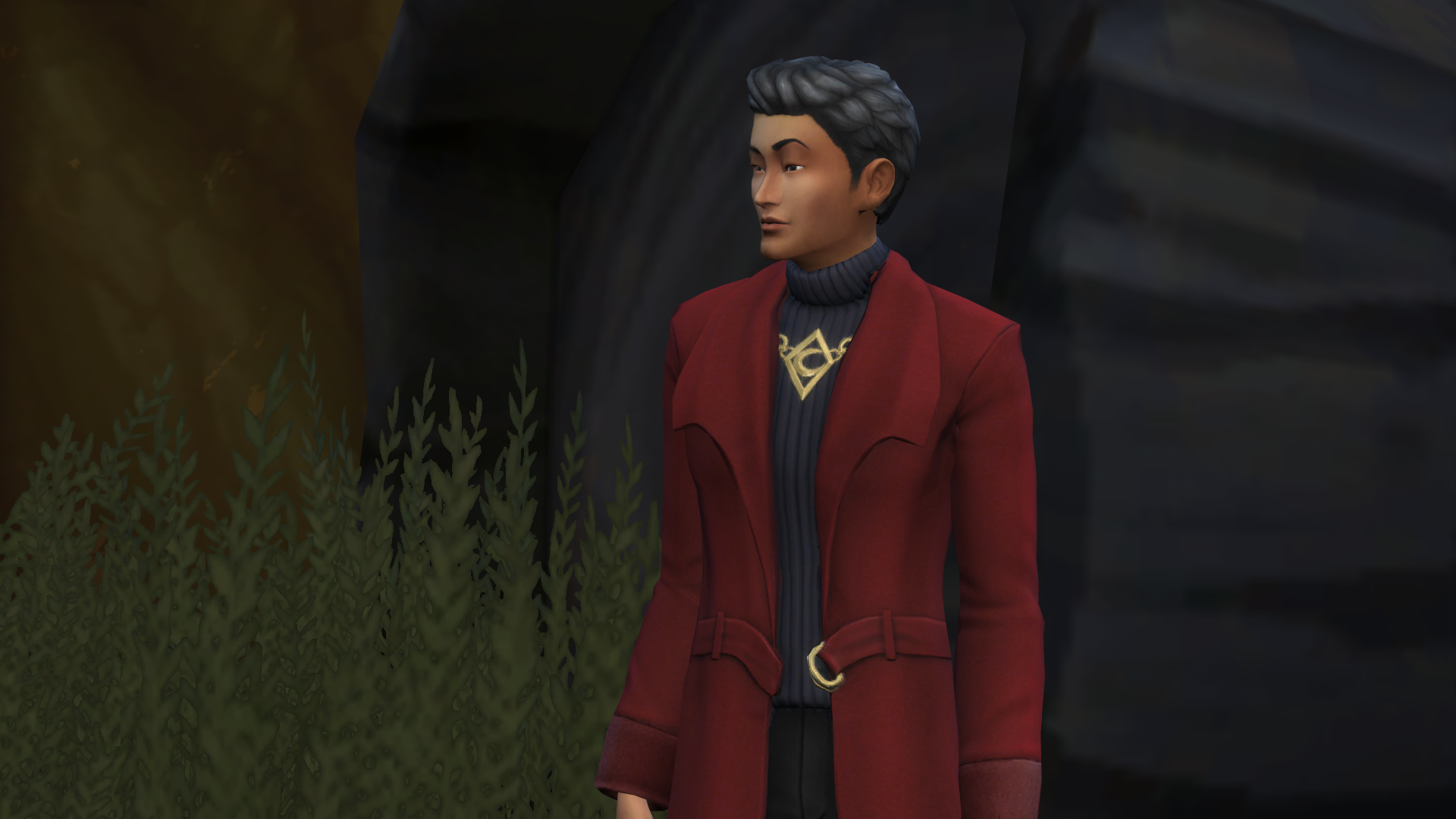 Hello, it’s a pleasure to meet you! My name is Cett De Core and I’m here to share a recent experience I had at work. I’m a set designer for Plumbob Pictures and I spent the last few months working on the new hit TV show Realm of Magic. I have never been a fan of witches, wizards and spellcasters, but I’m here to tell you that if there’s one thing that I have learned through all of this is that there’s always something you can learn when working on a new project, and there’s always a chance you’ll get more than you expect from that experience.

To make a very long story short, I am going to give you two examples of sets I designed for the show. The first one is the protagonist’s bedroom. I knew it had to feel fantastic but also make sense in our real world (after all, the show is set in modern day Windenburg). After a lot of research, our team decided to go for an Art Nouveau inspiration, with lots of curves on the objects, stained glass windows and themes drawn from nature. It’s familiar enough but also has a a strong fairy tale vibe. 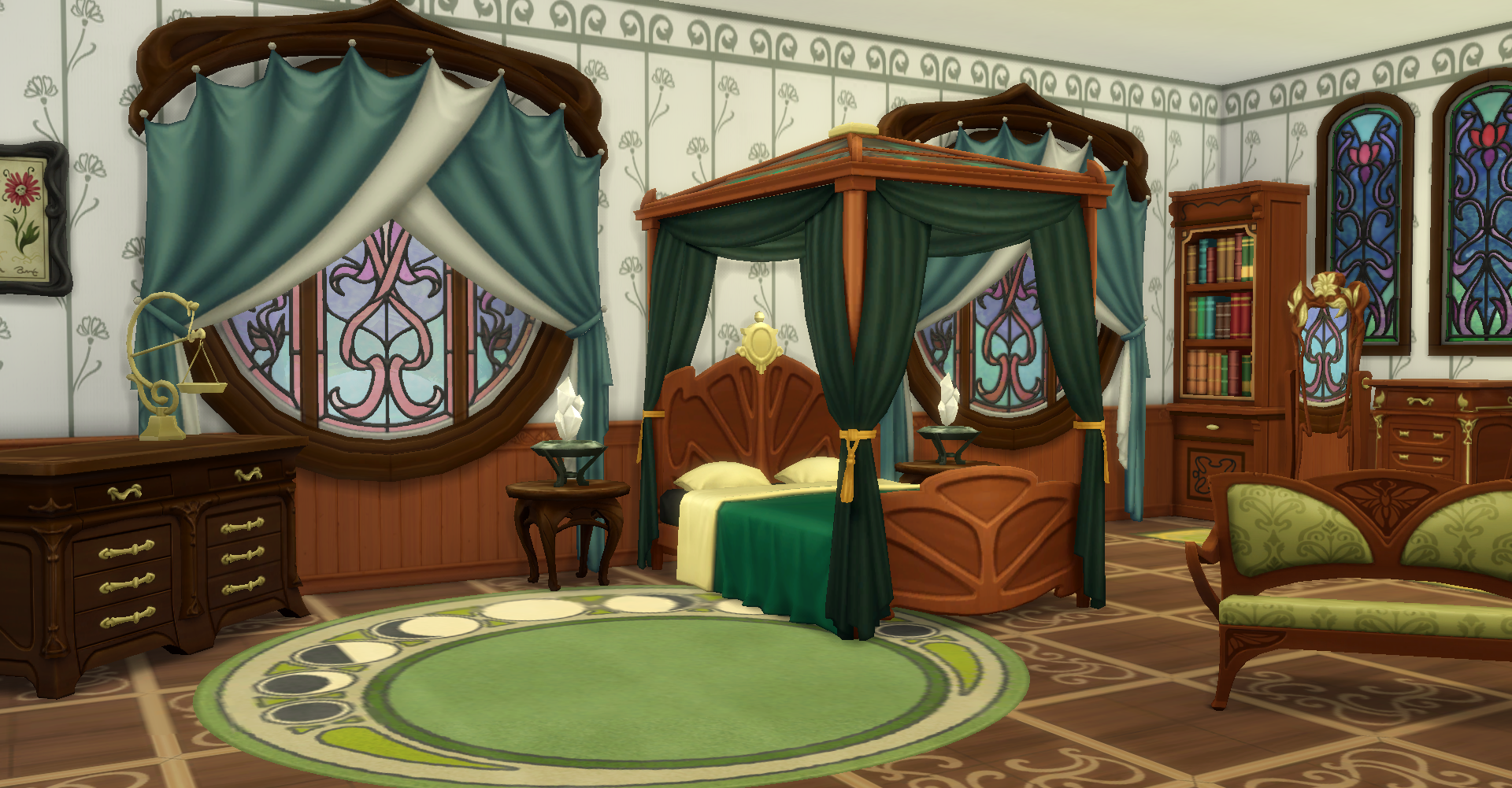 Now the second one is our very famous Magic Tower, where many scenes were shot. Since the protagonist comes from a long line of apothecaries, we knew we had to have nature present again. There are both pastel colors and lots and lots of shades of grey, because we never knew if our main character would choose good or evil in the end (relax, this is a spoiler free article), it was good to present both these options depending on where they would take the story. 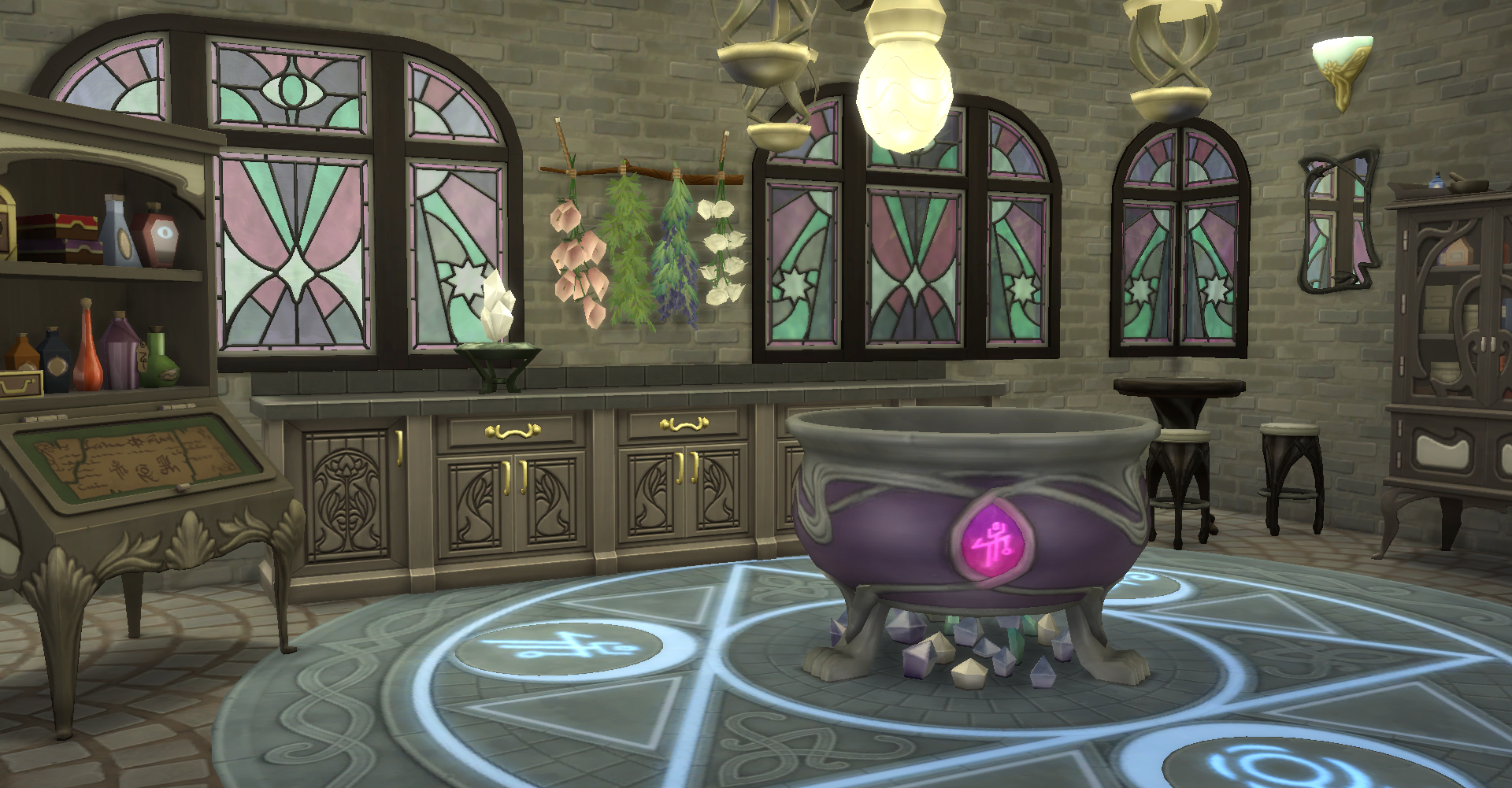 So we spent whole weeks researching and putting all of these sets (and many others!) together. That’s the thing about my job, it tends to be very immersive. And as these things often go, when we go back to our normal lives we usually carry with us more than we thought we would. And shooting the show coincided with when I moved to a new apartment in San Myshuno and had the chance to decorate it as I pleased. And there I was, this girl who never thought she would have anything in common with magical themes, bringing Art Nouveau inspiration and Lunar themes to my own living room. This goes to show that it pays off to be open to new ideas (and to do your research well). 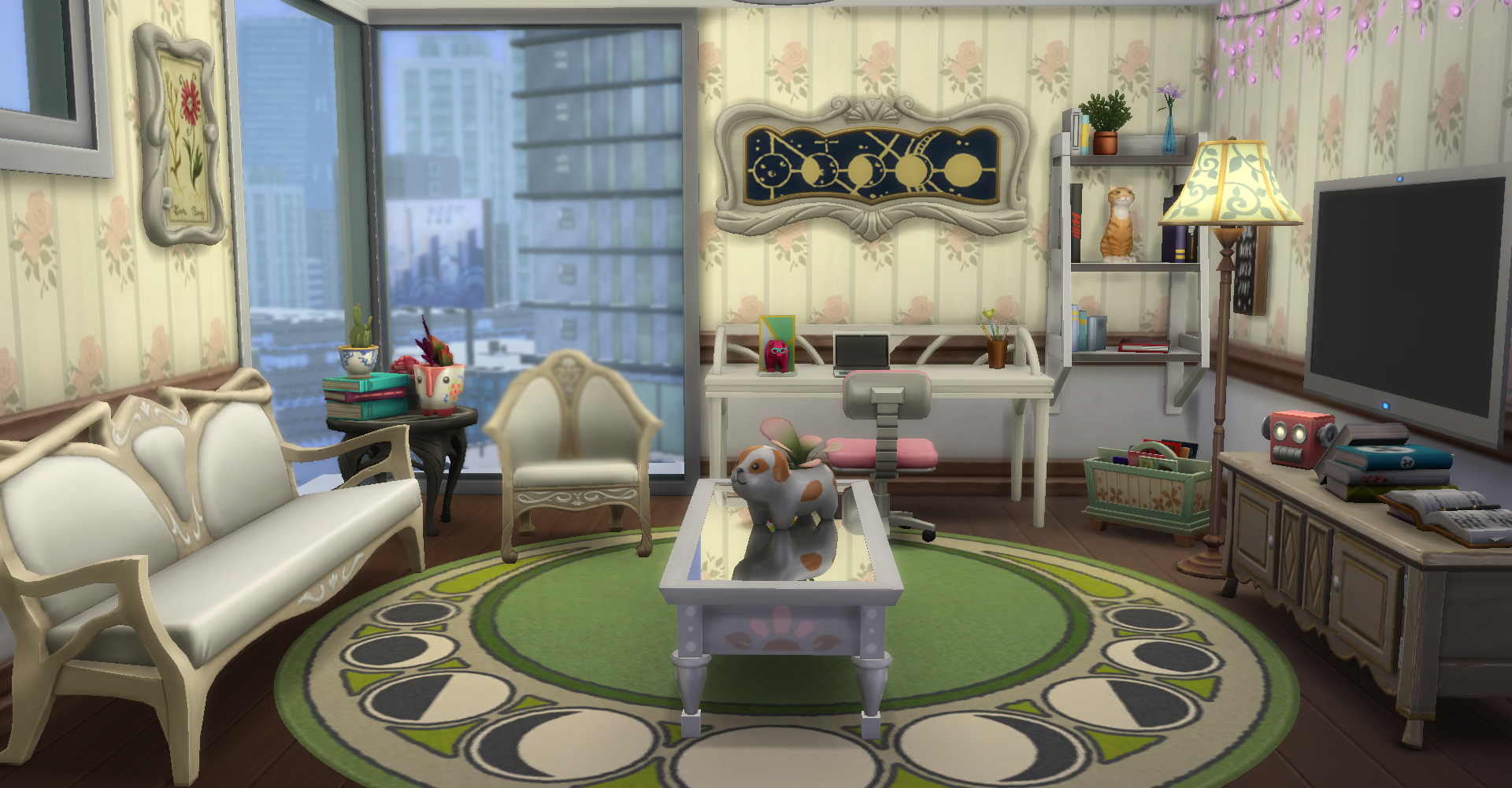 Glimmerbrook is the true hidden gem of the real estate market. It boast fresh mountain air, majestic pines and the peaceful melodies of the winding river. When you’re standing in Glimmerbrook, you can just feel magic in the air around you. Contact Rosemary Kern with San Myshuno Realty to view one of these amazing properties today. 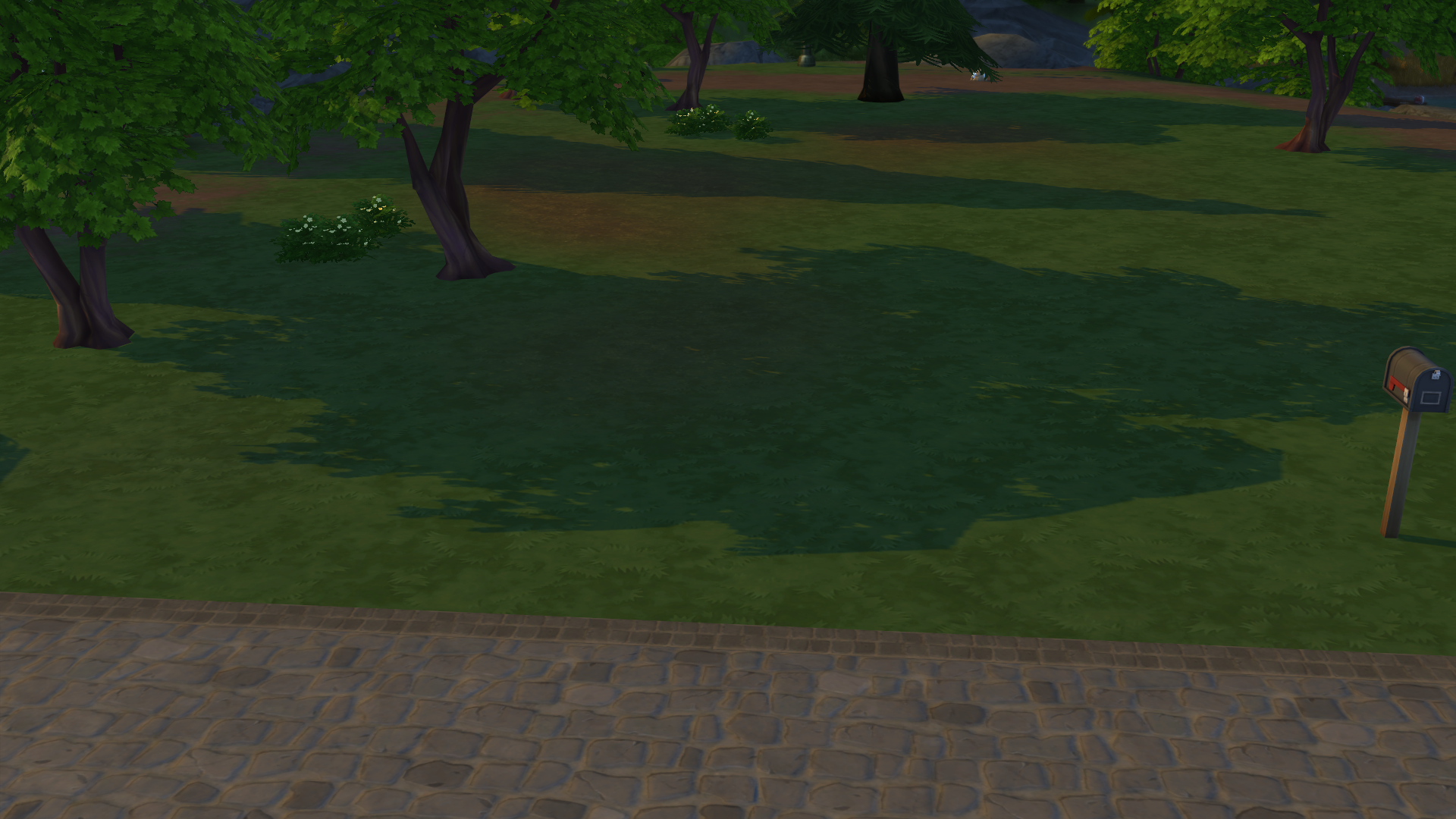 This vacant 30×20 lot has views of the River and nearby walking trails. It is a prime location to build the home of your dreams. 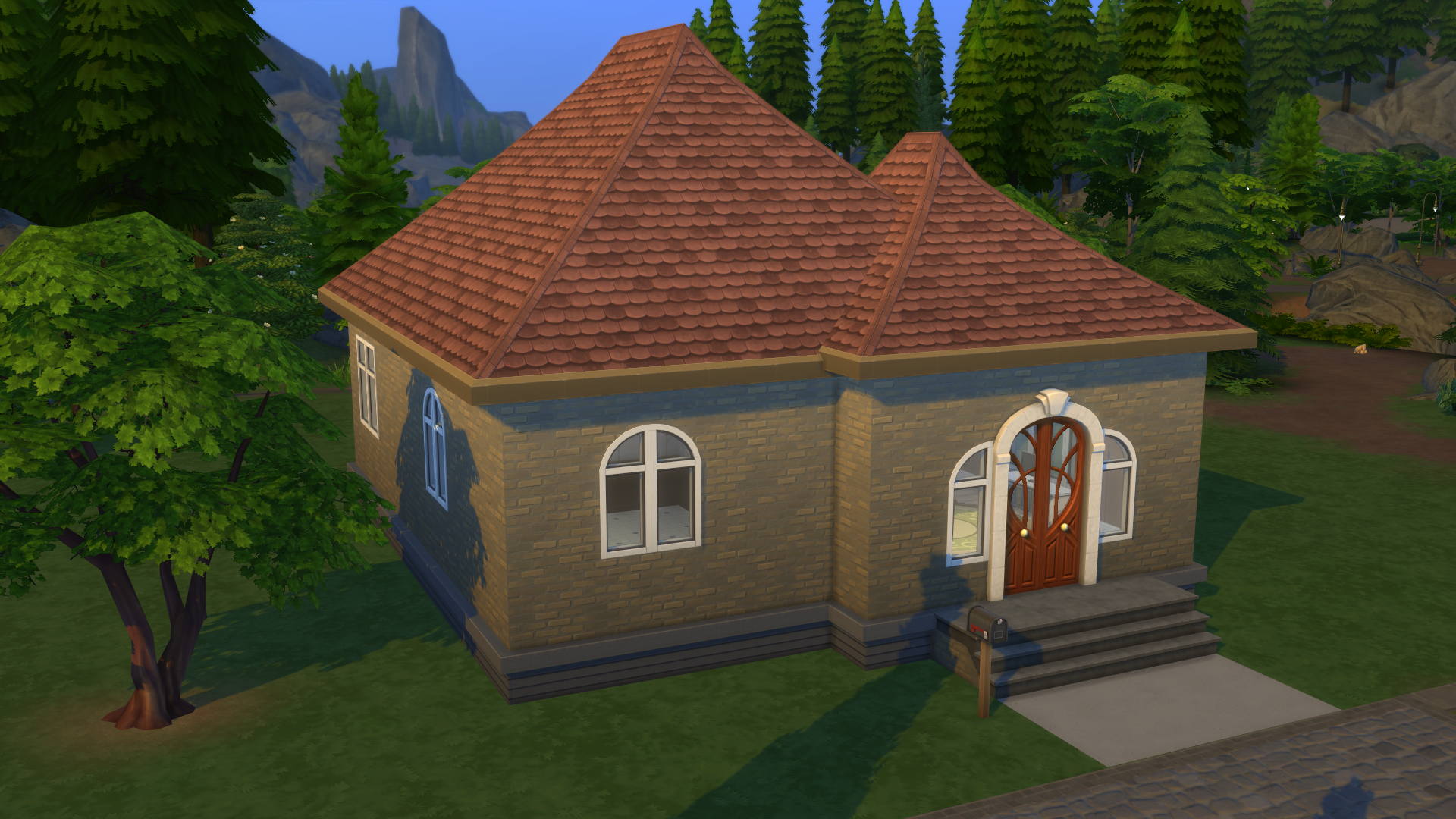 This charming 1bd/1bth starter house has a 180 degree River views. This home has all the basic amenities to live your best life. A great home for a young professional or couple on an entry level income. 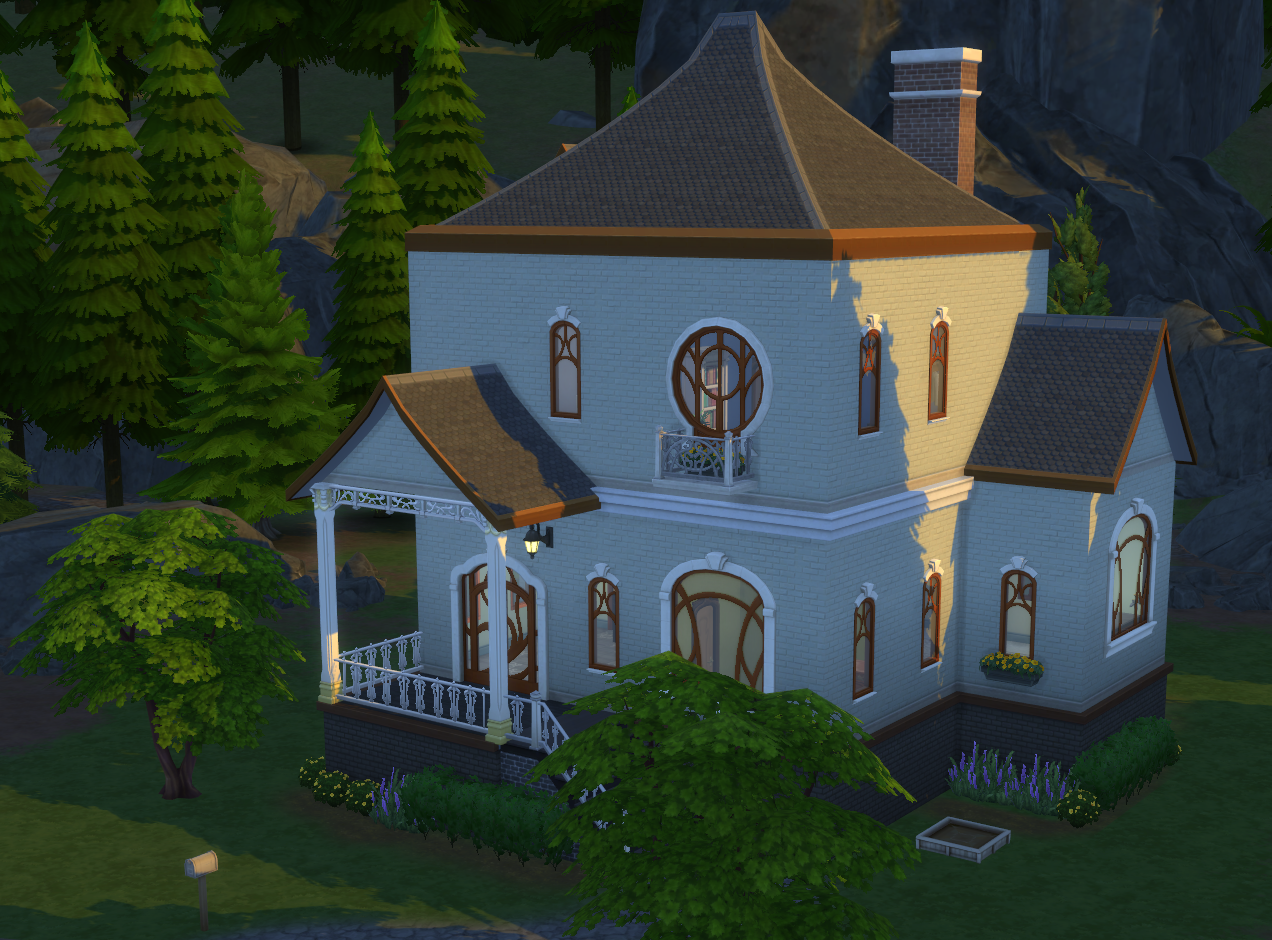 Nestled among the mountain pines, this two story family home has 3 bedrooms plus an office with a full bathroom on both floors. This home has lots of windows to let in the natural light. This house does have an interesting back porch. It’s almost as if the builder forgot to add the backdoor. Nothing you can easily fix if this quirky design bothers you. 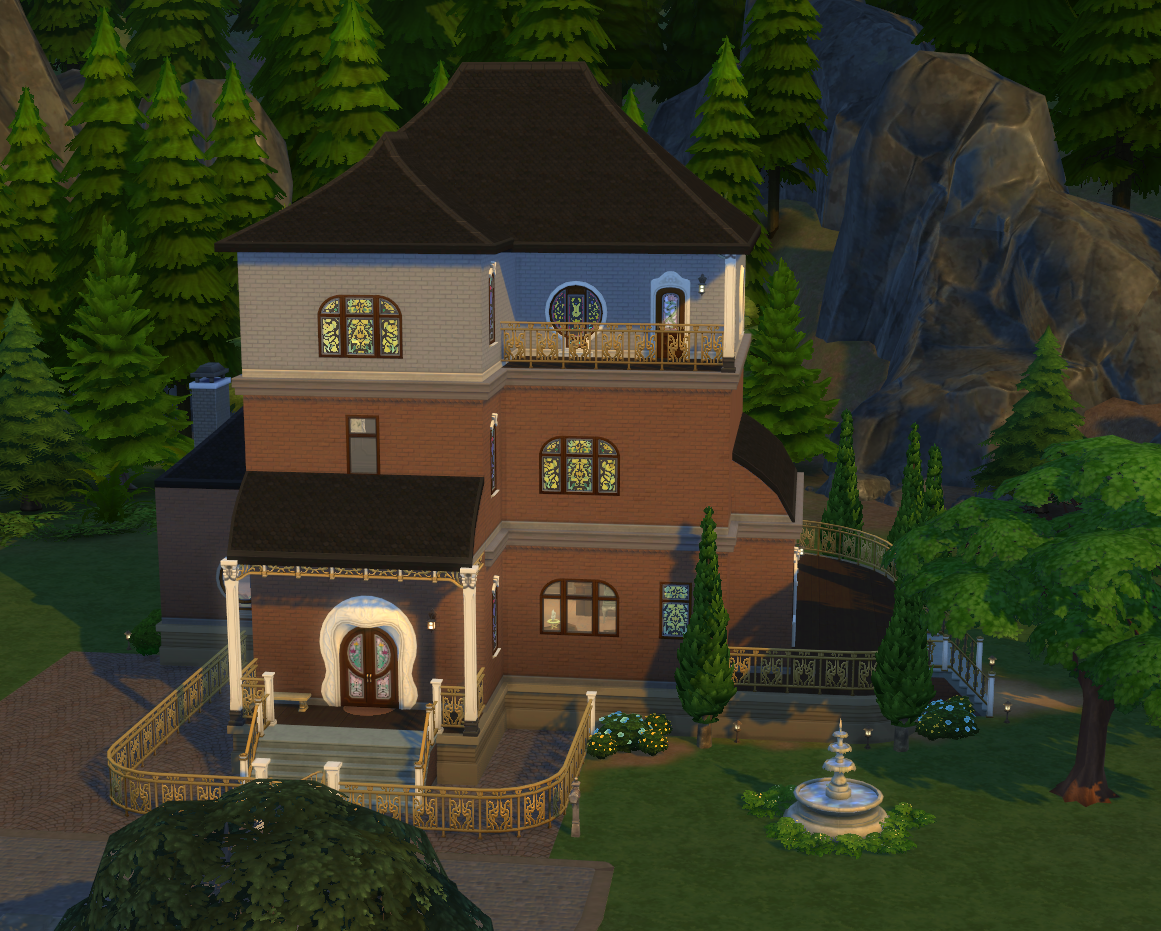 The largest home and lot in Glimmerbrook, this three story home it is a mansion in the mountains. The grand home has three bedrooms and 2.5 bathrooms plus multiple living spaces. The stained glass windows are unique to this house and unlike anything you’ve seen before. The floor plan may not fit every household’s needs but there is plenty of room to make improvements without changing the exterior. 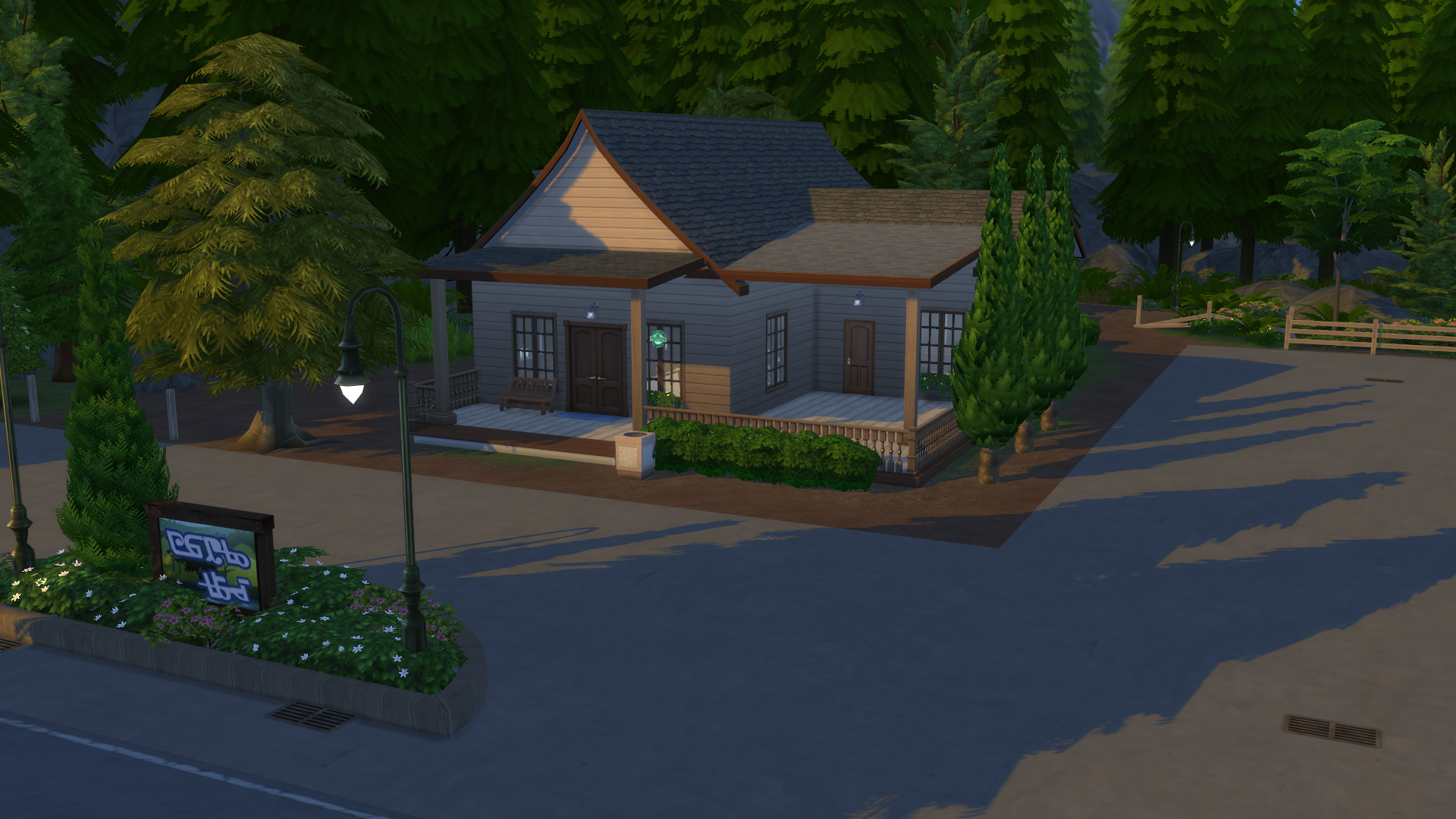 This commercial property has previous been used as a bar, but there is plenty of room to transform it into a restaurant or retail store. The large parking lot near the property seems to be an invitation for vehicles. Maybe cars will come back into style this year. It feel like years since we’ve seen a new model.

Believe It or Not: Spellcasters Exist! A Testimonial by Our Very Own Jules

The other day my friend Juan Paolo decided to become a Spellcaster. He did that because of some mage he met and fell in love with. I think he’s nuts, but he seems to be infatuated with the idea… Anyway, I agreed to keep records of his progress because replying fan mails has been boring for me. I might as well submit this journal as the content for Jules’ Column to rake in the views without much effort. Wait, did that get written down? Dictation, delete the last sentence.

Phew! That was close.

Following that woman’s advice, Juan Paolo embarked on his “journey to Master Spellcaster” by traveling to Glimmerbrook. As reluctant as I was, I still walked through the creepy-looking portal gate thingy sitting by a waterfall. It transported us to a land… sorry, fragments of land floating in some kind of void space. The sims there call it “Magic Realm.” What a corny a## name! Immediately after going through the portal, we spotted the largest architecture in the area—the Headquarters of Magic. Seriously, who came up with these names? You’d think a Spellcaster would have the mind to name mystical stuff… 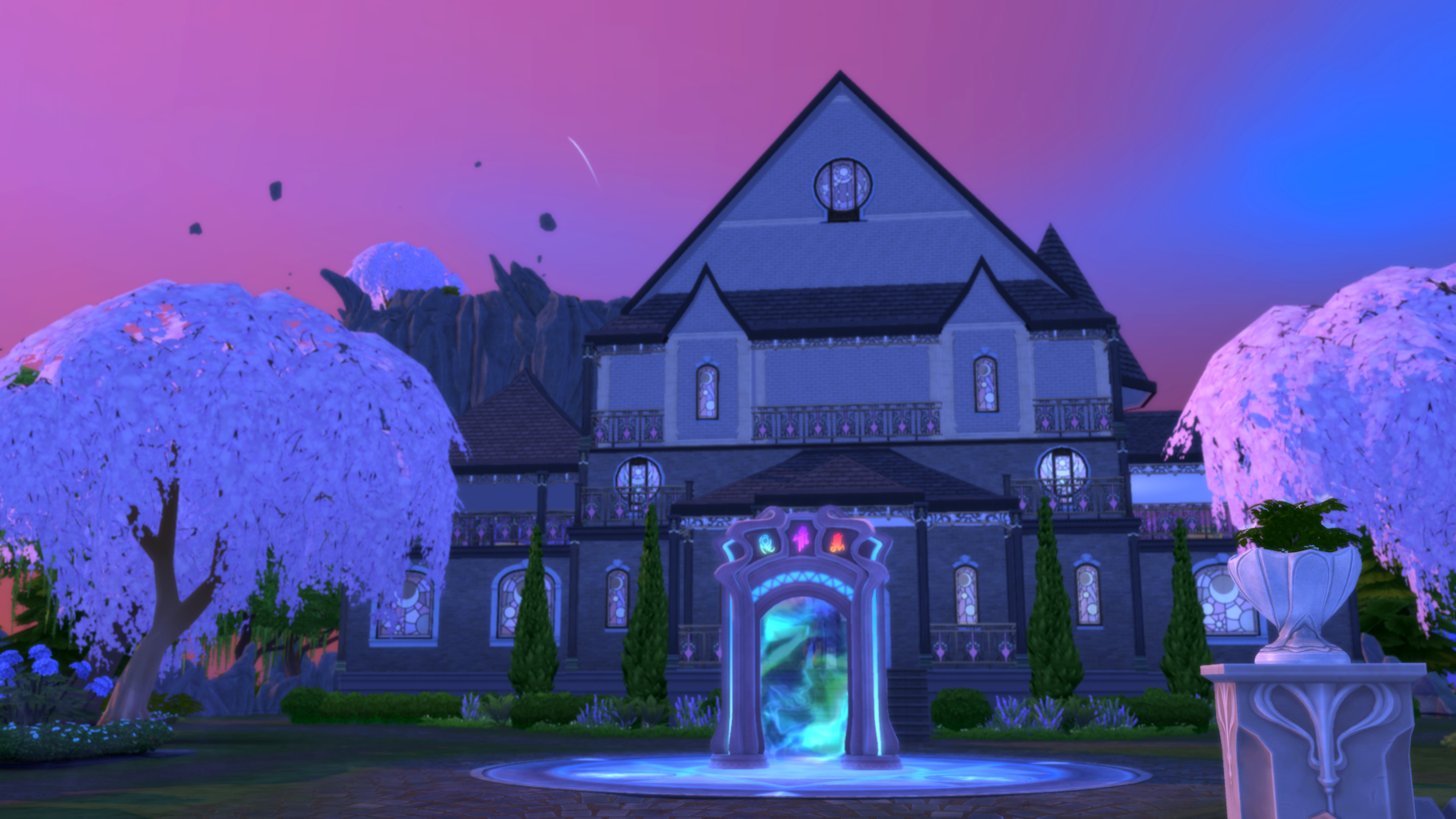 Juan Paolo asked Mr. Silversweater, the Sage of Practical magic, to perform the Rite of Ascension for him; and just like that, he became a Spellcaster. I hope we don’t get an influx of Spellcasters in Valley Del Sol though because they are just darn too powerful in my opinion. Being a Spellcaster, you can learn from three schools of magic—Practical, Mischief, and Untamed—plus alchemy. You’d think that there would be a balance of power like in the Henry Puffter series. I certainly have assumed that mastering Untamed magic would boost one’s Mischief power but hinder their abilities to craft potions. Unfortunately, nope, they can become proficient in all and be as formidable as one could imagine.

Of the three branches, I think I love Practical magic the most because it makes living life like a walk in the park. At some point, you’ll be able to duplicate objects, COPYPASTO! I’d be able to to live off well enough by selling copied gnomes on Belomisia.com with that spell. One of the Sages told Juan Paolo that he has to keep an eye on his magical charge status, or he will end up dead from overcharging his power. “Harness the force level by level, don’t push it all at once blah blah blah…” Mr. Silversweater told him. Pfft! I’m not a toddler anymore, I won’t buy in that kind of crap. Nonetheless, Juan Paolo being Juan Paolo, has been abiding by that rule quite cautiously.

Oh, right, and there’s alchemy. Concocting strange liquid substances in a giant cauldron, it’s kind of cool I guess. Though you might be running the risk of cursing yourself if you brew a potion stirring counter-clockwise instead of back-and-forth motion. I do have to point out that the potions Spellcasters make are very similar to the serums scientists mix in the laboratory. And if you ask me to trust magic or science, I’ll probably pick science. Science is the way, pal, always remember that. 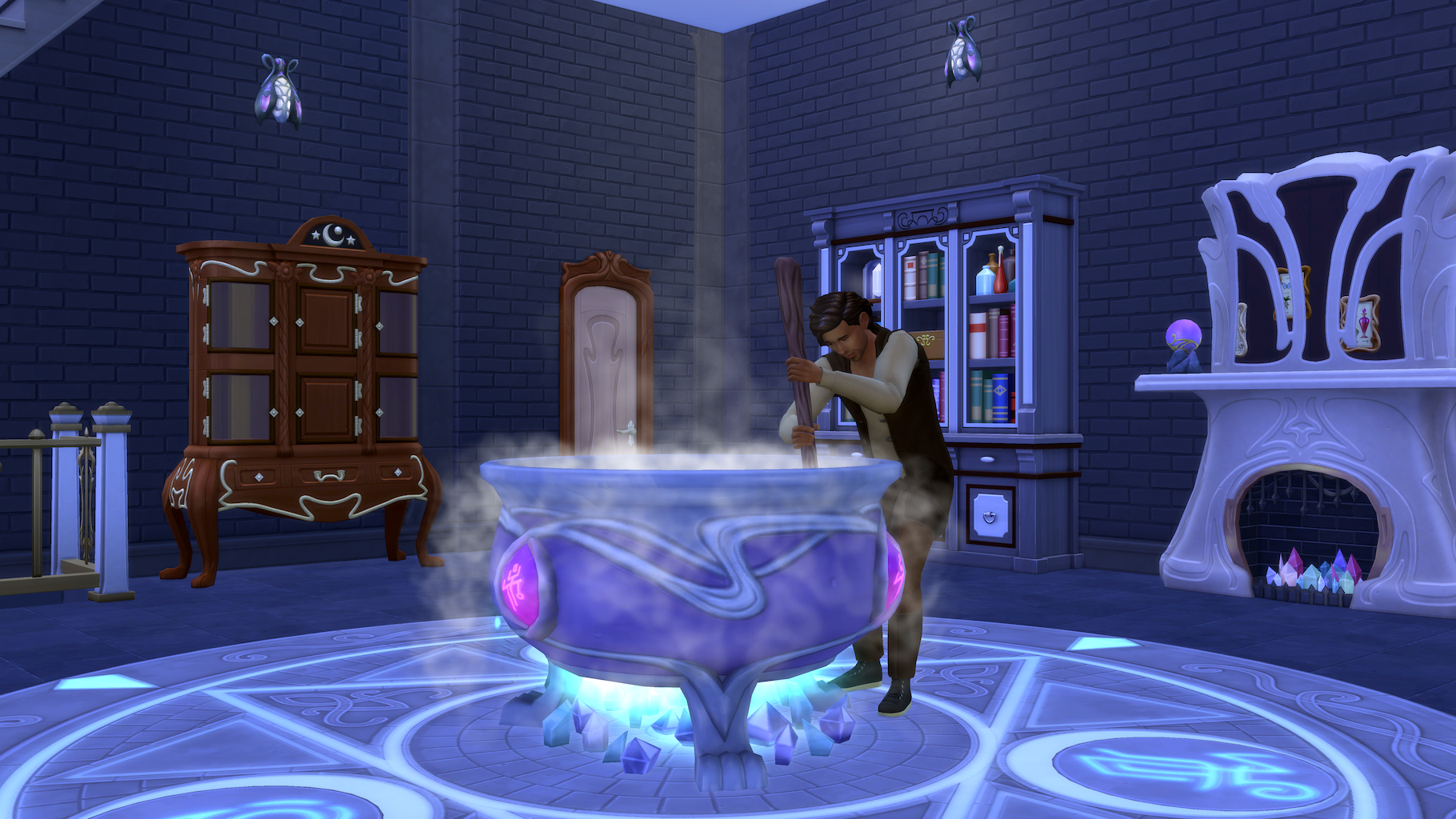 Overall, casting spells and brewing potions seem like fun, but it makes life a little bit too easy. Wait a minute, is that why the Magic Realm got tore apart? Too many almighty, bored Spellcasters roaming around, setting things on fire and transfigurating sims into pieces of furniture? Anyway, I might try to become one when I decide to have children. Taking care of a baby without magic? Pass.

What happened to Juan Paolo in the end you ask? Oh, I don’t know. He probably got married to Kyong-jia and settled down somewhere in Glimmerbrook. Why don’t you go ask him yourself? 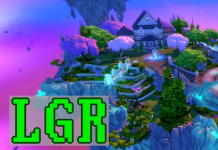 The Sims 4 Realm of Magic