The Sims team has announced the winning Build/Buy objects for the “Create a Stuff Pack” Objects vote! The next votes that focus on a game icon and name will happen in the next month or two. Stay tuned!

Okay, Simmers, take a seat in your new rocking chair and get ready for the results of Round 4 of our Community Voted Stuff Pack for The Sims™ 4! For this round, we presented you with over one hundred objects to pick from. Together, you chose which style of rocking chair will appear in the game and narrowed the selection down to your twenty-eight favorite objects. Of these, some are normal items you can find in the Build/Buy catalog, but many will be craftable by your Sim as they level up their Knitting Skill. To do that, they’ll need a knitting basket, and because the vote for the knitting basket was so close, we’ve decided to give you two baskets.

See what the final decisions were now! 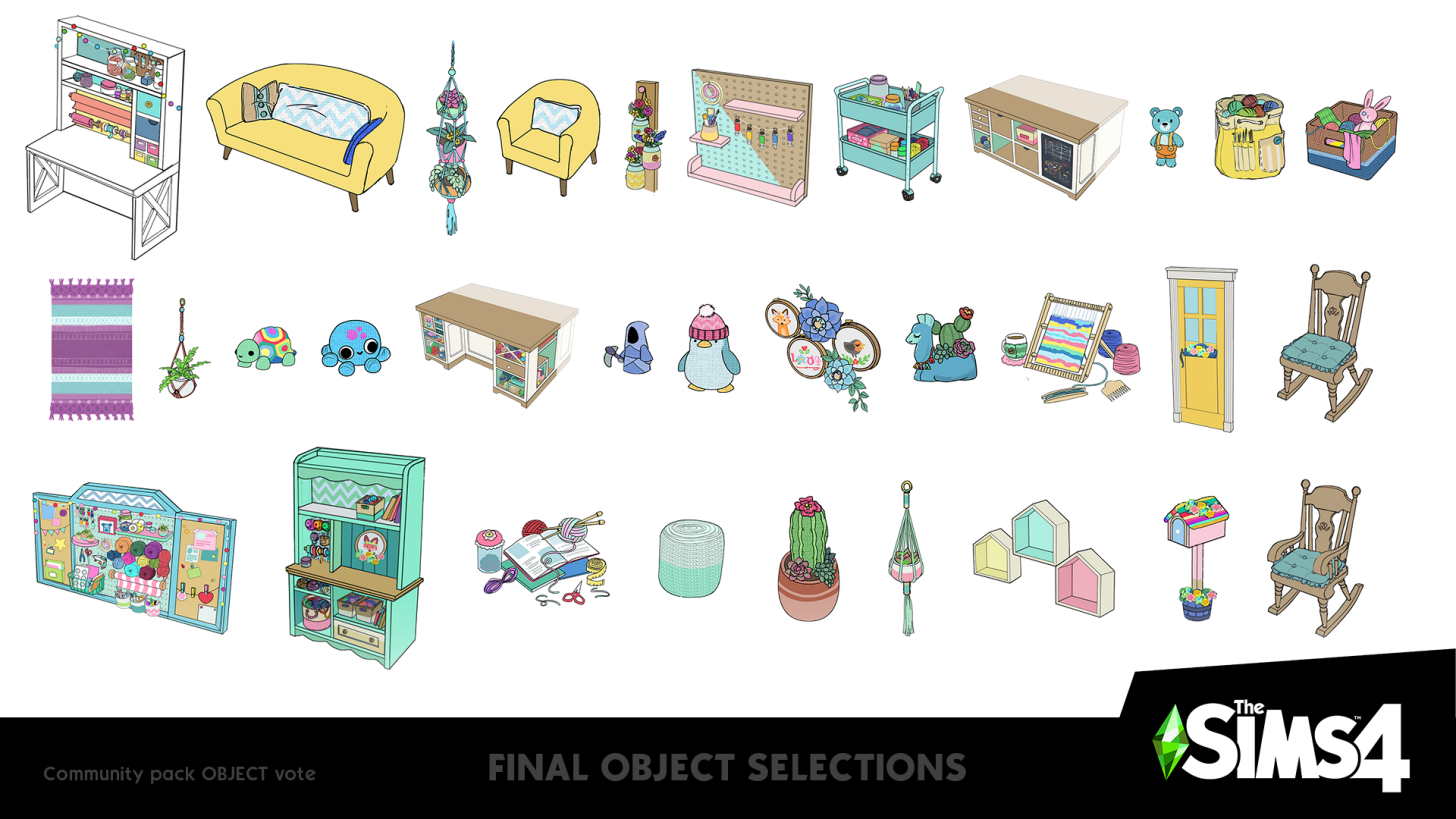 With this round completed, we’re almost finished voting on the components of this next Stuff Pack. Now that we’ve determined the theme (Arts & Crafts), art style (DIY Delight), CAS choices, and objects you can expect to see in the game, we have just two things left: the pack icon and name!

We’ll have more details about those soon, so keep an eye out for updates in the coming month or two!