The Sims: A Look at the MAC Cosmetics Eye Shadow Palette | SimsVIP

I finally finished moving into my new house here in Orlando, and stuffed away in my “office supplies” box were the two MAC Cosmetics palettes I purchased back in January. So, with that said, let’s go ahead and take a look at the product…

To start off, the MAC Cosmetics and The Sims collaboration began in June of 2020 with a Sims 4 Game Patch that added new branded makeup options to the game for Sims. Fast forward to January 2021, and the collaboration popped into real life with M·A·C Cosmetics releasing a special edition “The Sims” Eye Shadow Palette for $32 USD. 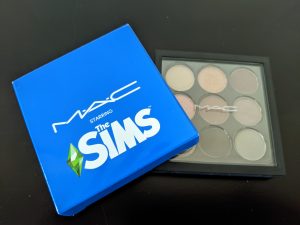 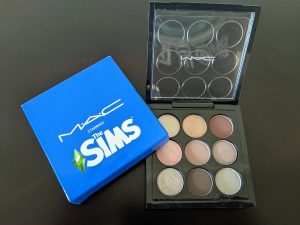 As I do with anything Sims branded, I purchased two palettes, one for me and one for an eventual giveaway. The items sold out the same day, and controversy over this branded palette began swirling on social media. For starters, the palette was not very “Simsy” or unique in any way. In fact, it was just recycled palette stuffed inside a blue Sims branded box. It even says so on the back. 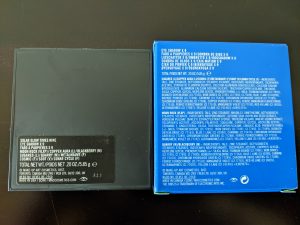 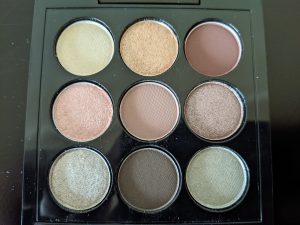 Had the palette not been Sims branded, I would have never given it a second look. It’s a basic eye shadow palette that probably did not sell well and was stuffed in a Sims branded box to rid the leftovers. Lost opportunity with this one, but it is what it is.

For those who did not bother purchasing one of the branded palettes, we will be hosting a giveaway in May and you’ll have the chance to win one of these for your collection. Be sure to check out our 10th Anniversary post for details!