During today’s Inside Maxis stream, SimGuruDuck gave players a preview of “Scenarios”, a new goal/challenge oriented gameplay feature that allows players to complete tasks in The Sims 4. This new feature will be released with a game update being released next week. 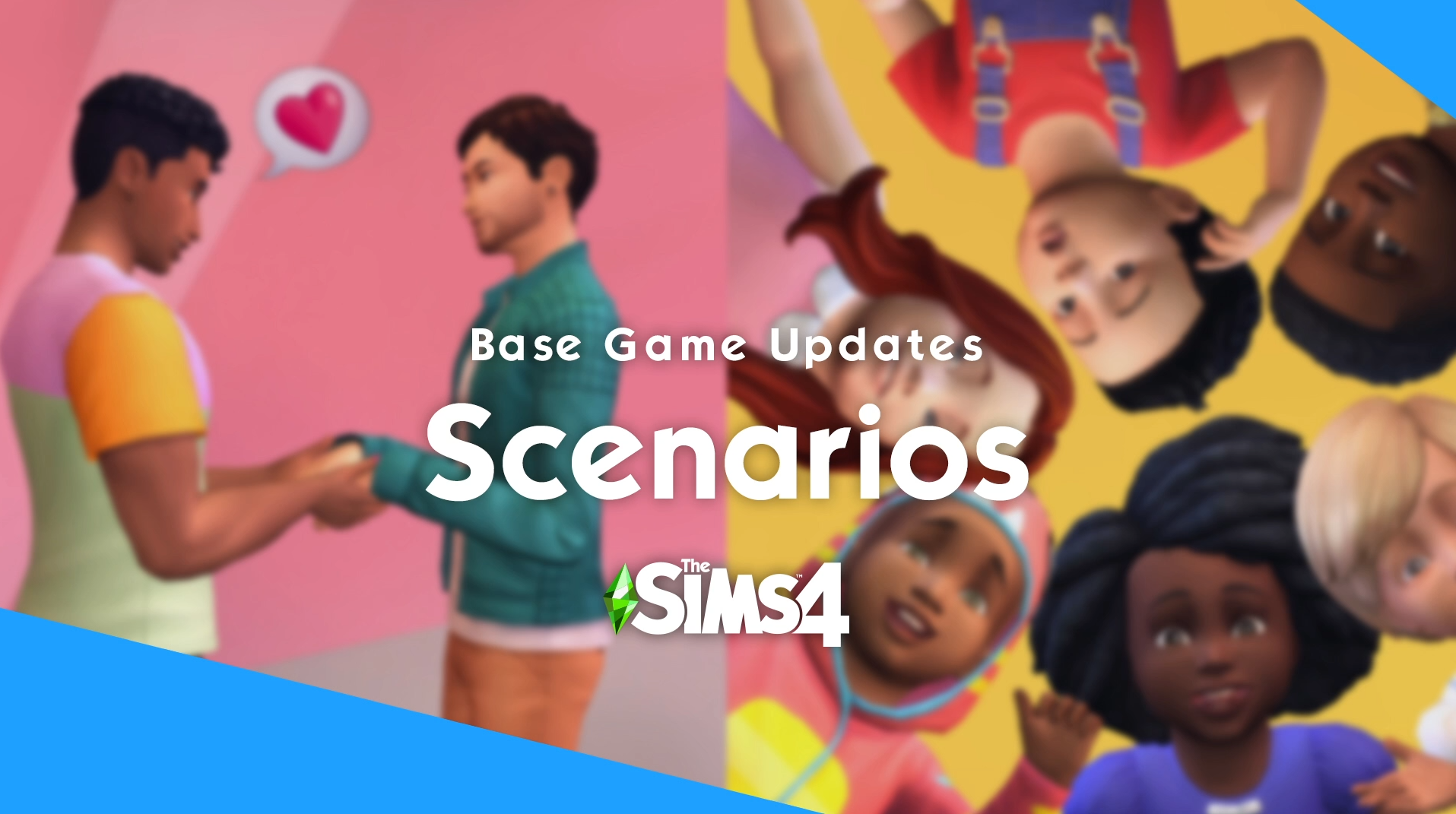 What are scenarios? According to SimGuruDuck Maxis will provide players with different situations to work towards an outcome. However, there will be different outcomes for the different scenarios, and it will be up to players to figure out how you want to achieve those outcomes. There will be more than one way to complete a Scenario.

With the next Sims 4 Patch being released next week, The Sims team will be introducing two Scenarios for free at launch: “Making Money” and “Finding Love After Breakup”. The Making Money Scenario will start Sims with ZERO Simoleons in their household funds, and they will have to work their way up to One Million. How you accomplish the goal is up to you, so you can choose to complete it with hard work, or you motherlode and stealing.

To activate scenarios in game, you will have to select the “New Scenario” button that will appear on the home screen once you launch the game. From there you will be greeted with all the challenge scenarios in the game, and you can click the “view” button to learn more.

❗ SimGuruDuck confirmed that scenarios released with future updates will be placed in the game forever, but others that may appear in game for a limited time. Be sure to check the scenario panel on the home screen at game launch to check for new additions.

❗ It has been confirmed that soon after launch Maxis will release TWO limited time only Scenarios called “Too Many Toddlers” and “Perfectly Well Rounded”.

The information panel will detail the description, steps, requirements, and all other details related to completing the scenario. Some scenarios will not show any specific requirements, and some potential outcomes may be hidden and not listed. You will be able to choose to use this feature with a new save, or an existing save. However, SimGuruDuck noted that at the time this feature launches next week, you will only be able to start a new scenario from a brand new household. They will continue updating this feature with future updates. 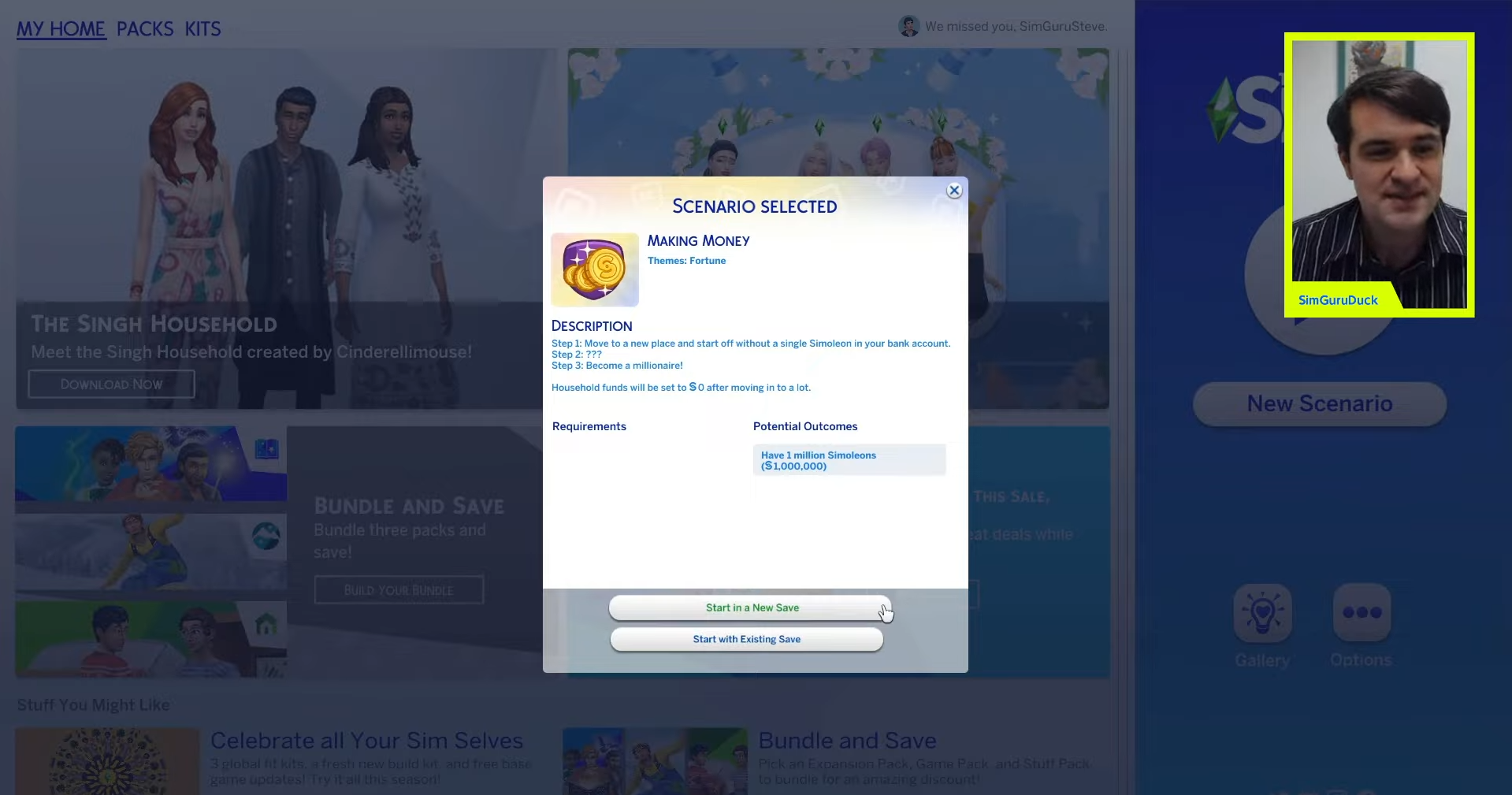 Selecting to start a scenario with a new save will immediately place you into Create-a-Sim. From there you will be able to create a household as usual, and check the new UI panel on the upper right hand side for any requirements. The Making Money scenario does not have any requirements, but SimGuruDuck noted that for other scenarios, you may be required to have two adult Sims, three children, etc. The new UI panel will let you know if you have met the requirements to continue the game.

Once you finish up in Create-a-Sim, you will be able to move into a neighborhood. They will allow you to choose between furnished, unfurnished, and bulldozed lot, so your selection here will be important depending on your scenario. In the teaser shown during the stream, SimGurus showed off the “Making Money” scenario which starts a Sim with zero funds. It is important that the Sim have a furnished home.

Live mode will greet you with some notifications and UI pop-ups telling you a little bit about the challenge you are about to work on. Once you’ve completed a scenario and you achieve one of the outcomes available, you will be rewarded with satisfaction points. The points can then be used to purchase items from the Rewards Store in the Aspirations panel. 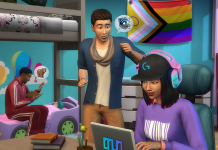 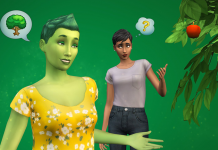 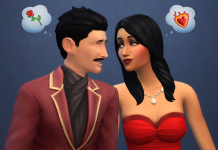