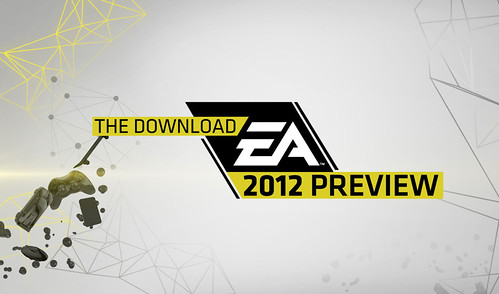 Spike TV is partnering with top game publisher Electronic Arts Inc. (NASDAQ: EA), for a live, commercial-free telecast of the company’spress briefing at the 2012 Electronic Entertainment Expo (E3), the game industry’s leading trade show on Monday, June 4 at 4:00pm ET/1:00pm PT. The Download: EA 2012 Preview will provide viewers with a first-look at EA’s upcoming titles, what to watch for in 2012,and much more. The special event will telecast on Spike and MTV2 as part of the Spike’s E3 All Access Live live program, which features more than 17 hours of multi-platform coverage from the 2012 Electronic Entertainment Expo.

“Spike will be the gamers’ go-to destination for all things E3 this year,” said Jon Slusser, Senior Vice President, Sports and Multi-platform Programming, Spike TV. “We’re working closely with top gaming companies, like EA, to bring our viewers exclusive, breaking and behind-the-scenes news from the biggest event in gaming with ‘E3 All Access Live.'”

The Download: EA 2012 Preview, hosted by “GTTV’s” Geoff Keighley, will telecast live from the Orpheum Theater in Los Angeles. During the special event, EA will offer never-before-seen footage and world premieres of highly-anticipated games like SimCityTM, Crysis® 3, Battlefield 3TM, Medal of HonorTM Warfighter, Madden NFL 13, FIFA 13 and other unannounced projects currently under development at EA.

“Our fans should tune into Spike TV on June 4 to see us unveil exclusive news and content for our biggest titles of the year,” said Peter Moore, Chief Operating Officer, EA. “We look forward to this event every year as a chance to wow our fans with our latest blockbuster games and groundbreaking content, and The Download: EA 2012 Preview will be no different.”

The Download: EA 2012 Preview will air as a part of Spike’s E3 All Access Live live coverage on Monday, June 4. Spike’s multi-platform special will feature gaming exclusives from its state of the art HD studio overlooking the Los Angeles Convention Center. Spike’s E3 All Access Live will unveil the biggest games from E3 before any other network with breaking news, live demonstrations, world premiere trailers, in-depth interviews and expert analysis. Spike’s 2011 live E3 multi-platform special was the number one destination for E3 coverage last year*, garnering more than 10 million combined online and on-air viewers, and was also the largest live streaming event in Viacom history. 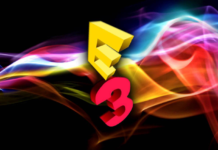 E3 Announces Consumer Passes, Opens to the Public in 2017