Here to kick off this month’s Community Spotlight is YouTuber JimmyChillO. In a brief introduction below, JimmyChillO gives readers a chance to learn a bit more about him and his YouTube Channel. If you don’t know who he is, you will now! Take it away Jimmy! 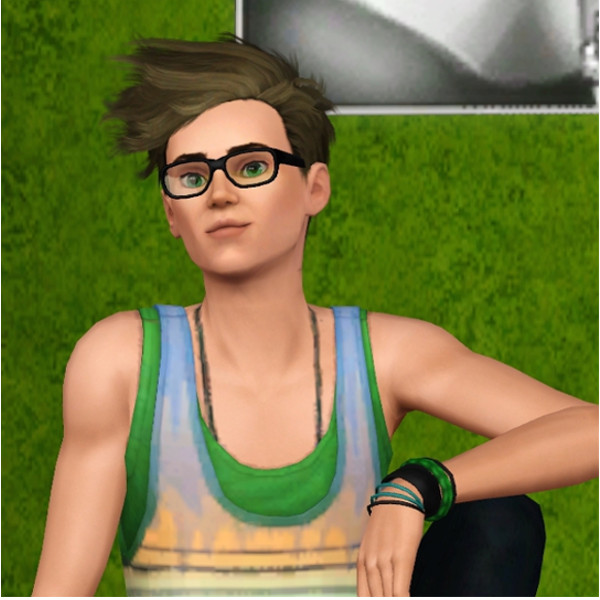 Hey guys, I am Jimmy, you might also know me as Chilly Gamer or JimmyChillO, and I’ve been sharing my passion of gaming on YouTube in the form of Let’s Plays for the past one and a half years. I am extremely thrilled to be on the Community Spotlight this month here on SimsVIP.

A bit about me is that I’m a 17 year old high school student, I’m a musician and a good cook, I love photography, art, fashion, and of course I’m a hardcore Sims fan.

Now my love for The Sims started in 2004 when The Sims 2  hit the stores, and my cousin was obsessed with it, so I gave it a go and I couldn’t stop playing and growing my love for it ever since. I kept on playing The Sims 2 until early 2010, when I heard about the release of The Sims 3, so I got it, and I started playing both games at the same time, because I still had the passion for The Sims 2.

On October 2011 I heard about Pets, and I was unsure whether I should get it or not, so I decided to watch a gameplay of it on YouTube, and the first thing I saw was Quxxn’s first part of The Sims 3 Pets LP. at the time I had no idea what an LP was, and I didn’t know they even existed, but as soon as I watched I was in love! then I started watching AndrewArcade, and ipodZeke, done so for half a year, until inspiration kicked in and I thought “you know I can do this too! looks fun”. So I decided to get me some recording equipment and start off my own channel! and so did I, I started when Showtime came out, and I used to record constantly and upload.

It was so much fun for me! After a few months I started diverging into other games. I’ve always played games apart from The Sims, but I never recorded them, so that’s what I did, I got into recording Minecraft, then The Walking Dead, Tomb Raider, so on and so forth.

Now I record newly released games, games that I like in general, and of course anything Sims that’s newly released as well! I have a series where I breakdown and analyze things that the Sims team release and cover Sims 4 news, Recap Sims broadcasts, etc… I also do collabs with other Youtubers and do vlogs once in a while! I currently have over 10 on-going series on my channel, 4 of them are Sims related. I owe it all to the Sims, and I would never stop making Sims videos.

Throughout this journey I met a lot of Youtubers, and made new friends, and later on I became of part of this simming community. It is incredibly amazing how this game had brought that many people from all over the world together, and united them into one community, and I’m grateful for it.

(**) The viewers also played a big roll for me to get to where I am today. True I got a lot of hate at the beginning, but the support I received was just phenomenal and kept me going. Youtube has changed my life on so many levels. I’ve gone through 4 rough years of bullying at school, and that completely demolished my personality, but ‘You’-tube helped me repair it, and make it even better.

After all, I look to inspire people, make new friends, put a smile on people’s faces and make their day better by sharing my passions with the world. My plans are to keep growing as a gamer and a Simmer on Youtube, get a vlogging channel next year and continue doing my cooking show that I started recently called PescaFoodie. That’s why my channel is a place people can chill and have fun with no worries. You can check it out alongside my second channel and my Twitter right down below.