Here to kick off SimVIP’s September’s Community Spotlight is talented Custom Content Creator littledica! In a brief introduction below, littledica gives readers a chance to learn a bit more about what he does in the community. Take it away littledica! 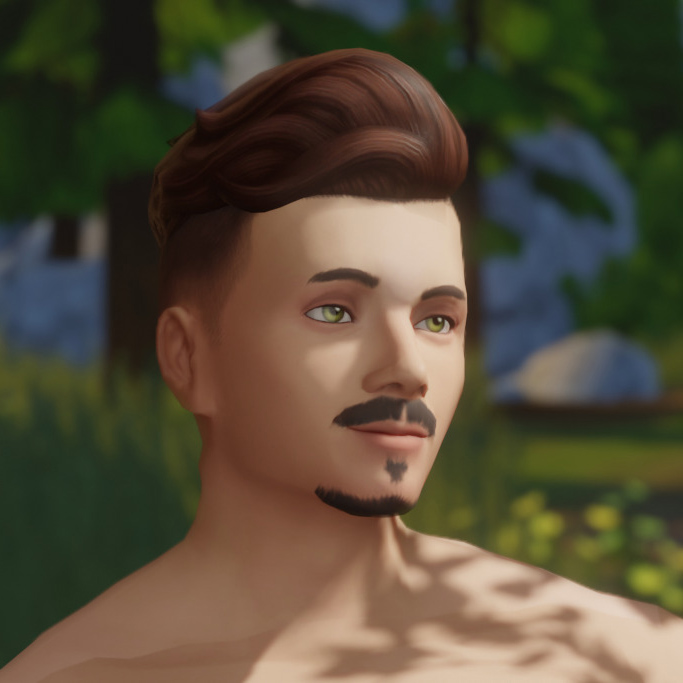 Hi everyone! My name is Alessandro, also known as “littledica” in the CC community! I was born and raised in Italy in a relatively small town near the capital, Rome. I’ve been a simmer since I was 5 years old (I’m now 21!) and my passion for the series only gets stronger with each game! My first ever experience with The Sims was on the PlayStation 2 with The Sims Bustin’ Out! It’s, In my opinion, one of the most fun console spin-offs of the series. I may be biased by my nostalgia, but I would recommend a playthrough to any superfan. The Sims has been very important throughout my life. Growing up gay in a rather conservative country, it was a very important tool to help me escape the toxic reality around me and to explore new possibilities that I would later discover as being a part of me.

When it comes to my hobbies, it’s an even tie between playing The Sims 4 and creating 3D models in Blender. I ventured into 3D modeling in 2016 by way of FreeSO, a The Sims Online reimplementation. That made me only want to learn more about the craft so I taught myself as much as I could using tutorials and guides online. In 2018 I made the decision to study 3D modeling at university where I could learn from and be critiqued by experts in the field. 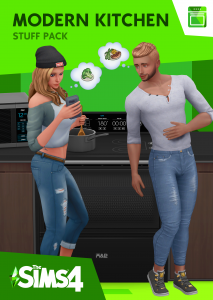 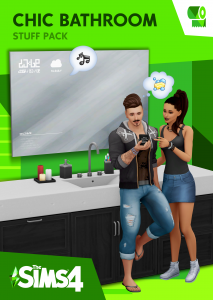 Creating for The Sims 4 was a challenge at first. I wasn’t very skilled in cartoony or stylized texturing, but I slowly crawled my way into the “Maxis Match” world. Also, when I started out, I would post single objects without an overarching theme in mind. Each of my uploads was pretty disconnected from the others. Eventually, I started to notice the concept of “Custom Stuff Packs” come alive and I wanted to join in on the trend as well. In September of 2019, I accomplished that goal by releasing my first big project, The Sims 4 Modern Kitchen Stuff. I was really proud of my work on the pack back then and I still cherish the pack and some of the items to this day, but I have learned a lot in the last year.

Since then, I’ve released three packs: Chic Bathroom, H&B Store, and my latest, Eco Kitchen. Some of these packs have brought me joys I will never forget. Like Grimcookies, one of my favorite CC creators, recording videos about my packs, or Deligracy, one of my favorite sims youtubers, also recording a video review of my packs as I have been one of her regular viewers since forever! It was a very surreal moment when I saw those notifications. I jumped off my bed and ran to my computer. 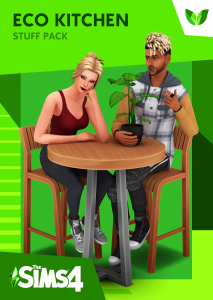 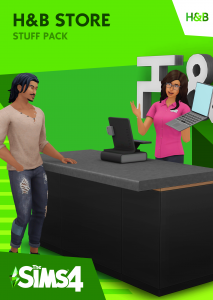 My content is mainly focused on my fictional electronics brand, H&B. As many have previously guessed, it’s heavily inspired by the technology and appliances giant, Samsung, my favorite tech brand. When deciding what else to include in a stuff pack alongside H&B’s offerings, I follow a rather unusual process. Instead of jotting down every single idea or item prior on a list, I go with the flow and see what I feel like creating that day. Every time I’ve tried to come up with a list, it has never worked. I would always get stuck on one item and couldn’t continue until that one item was done. So yeah, I guess you could say my creative process is not very common, but it works for me! 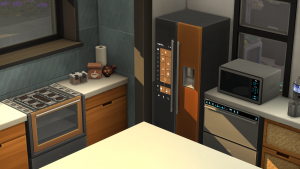 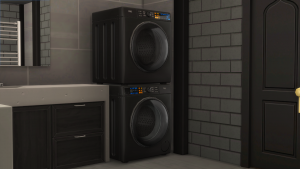 Over the past few years, I’ve built my own little community on Tumblr and ModTheSims. I also have a Patreon now too, which was a whole new (and scary) experience! For years I’ve seen people being very vocal about paid CC, even early access like I do, so it was definitely nerve wracking to introduce my followers to that platform. In the end, the response has been very positive, and I’m very grateful for each and every person that has donated to me, even just once. When early access ends for a pack, you can find it and any of my other creations on my ModTheSims page, everything I’ve ever made for The Sims 4 is there to stay, for free.

Grazie (Thank you) so much to everyone who has supported me thus far and thank you so much to Alexis for letting me have this opportunity to open up a bit more about myself!