Here to kick off September’s Community Spotlight is Builder Ruthless_kk! In a brief introduction below, Ruth gives readers a chance to learn a bit more about what she does. Take it away Ruth! 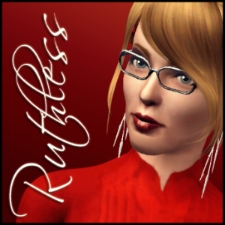 Hello everyone! My name is ruthless_kk, but you can call me Ruth or Ruthy. Pretty much everyone does. You might be surprised to discover my name in real life is not really Ruth.  My family nickname is KK,  The ruthless part was added many years ago when I began gaming on line. I discovered that many guy gamers were not thrilled to play with women, let alone middle aged moms. Very uncool.

Once they discovered my real life identity, no one wanted to risk having their butt kicked by a mom….too embarrassing. So one night I was complaining about this to my husband, he suggested that I needed a different gamer tag, one that was gender neutral and sounded fierce. He suggested ruthless…and since I was already KK….ruthless_kk was born.  I kept the name when I first signed up for The Sims 2 forum, never dreaming that the game and the name would both turn into a major part of my life. 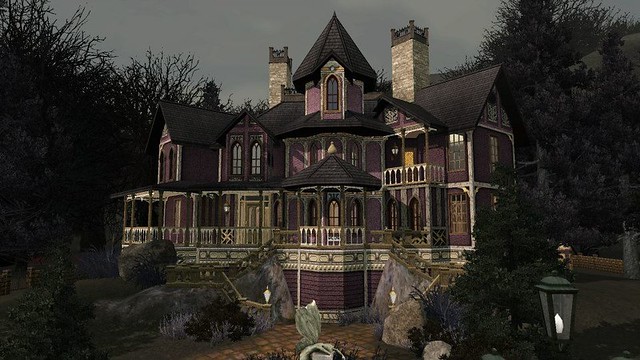 I was drawn into this world of the sims during a cancelled spring break vacation. My girls were bored, so we went to the store and picked out The Sims 2. At that time University and Nightlife were also both out, but we were not sure we would like the game, so we didn’t buy them. LOL! If only I had known. We set up our first family and, all three of us crowded around the screen, took turns controlling the lives of Janine and Hunter Ruthless. We laughed, we got frustrated, we plotted revenge when Andrea Hogan flirted with Hunter and caused a fight. We had a blast.

One thing my girls didn’t enjoy was building houses for our sims, so that duty fell to me. And I loved it. So I became the default builder. We looked at the Exchange and were amazed at all of the cool, creative stuff people were sharing. I could not imagine having the courage to share one of my own creations. They were not very good.

At some point, my daughters convinced me to share a house and I took the plunge. I will never forget the thrill of seeing that someone else had downloaded my house! It was amazing to think that something I had made was in someone elses game…across the country…across the world even. I was beyond excited when that first lot got 26 downloads. 26! 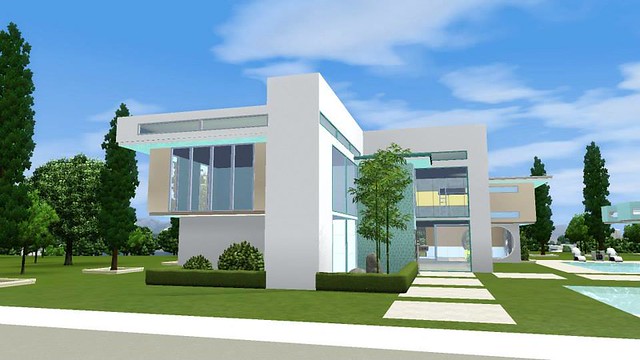 Many years, and hundreds of lots later, it is not uncommon for my lots to garner thousands, or even over a hundred thousand downloads each. I never, ever would have thought it possible. I just liked building and kept at it. My first things were pretty much rubbish. I didn’t even landscape until another builder, the lovely Hillcrest, was kind enough to suggest that my stuff would be much better if I tried a little landscaping. She also suggested that I just keep building. So I did. And slowly, over time, things got a little better.

When I saw something I liked, I would download it and pick it apart to figure out how they made that roof or why that porch looked so nice. I would keep trying new things. Most importantly, I built…and still do build…because I just enjoyed the process. It is fun! I found that when I focused on creating something that would make me happy, and not something that would get a bunch of downloads, not only did I have more enjoyable experience, but the results were often more successful. When you like what you are doing, it shows. Hopefully, in my work, you can tell I am having a blast. 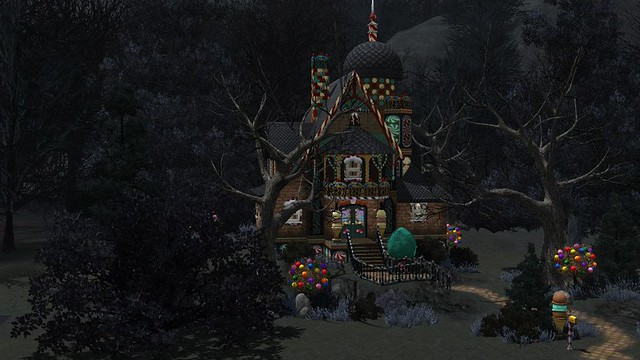 It is still the most amazing thing ever to know that something I made is “alive” and being used in someones game. It make s me so happy to hear that someone is enjoying one of my lots and that I have helped to make their Sim experience better.

When people ask me for tips on building, my best advice is to build something you feel strongly about. Don’t worry about what is popular or what might get the best downloads.  Forget all of that. Decide what kind of house your favorite sim would love and work on that. Check out pictures on line of houses styles that interest you. Find something that really grabs your eye and your imagination and see what you cam come up with. The house below was actually inspired by a real estate ad I just happened to see. 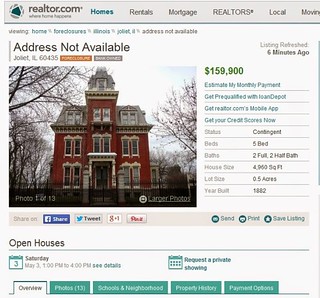 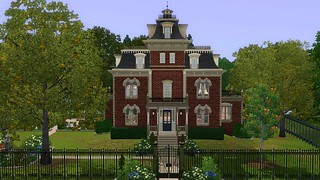 I hope you find building and creating in the Sims to be be as much fun as I do, but if you don’t, there are plenty of talented creators out there sharing their work. Check out the Creative Corner on The Sims 3 forum and the Sims 3 Exchange to see what new and clever things the community is coming up with every day. 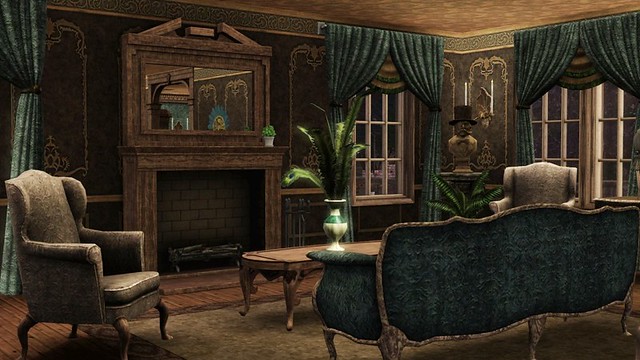 And to see more of my work, you can visit my blog, Simply Ruthless at:


I would like to thank SimsVIP for giving me the opportunity to share my story and I would like to extend a very special thank you to everyone who has taken the time to let me know that they are enjoying using one of my lots. It is music to my ears and I am honored to be a part of your game. I look forward to the next game in the line up, The Sims 4.  You can bet that as long as there are Sims, I will be building for them…and you.