Here to kick off November’s Community Spotlight is Sims Legacy Creator Pinstar! In a brief introduction below, he gives readers a chance to learn a bit more about what he does. Take it away Pinstar! 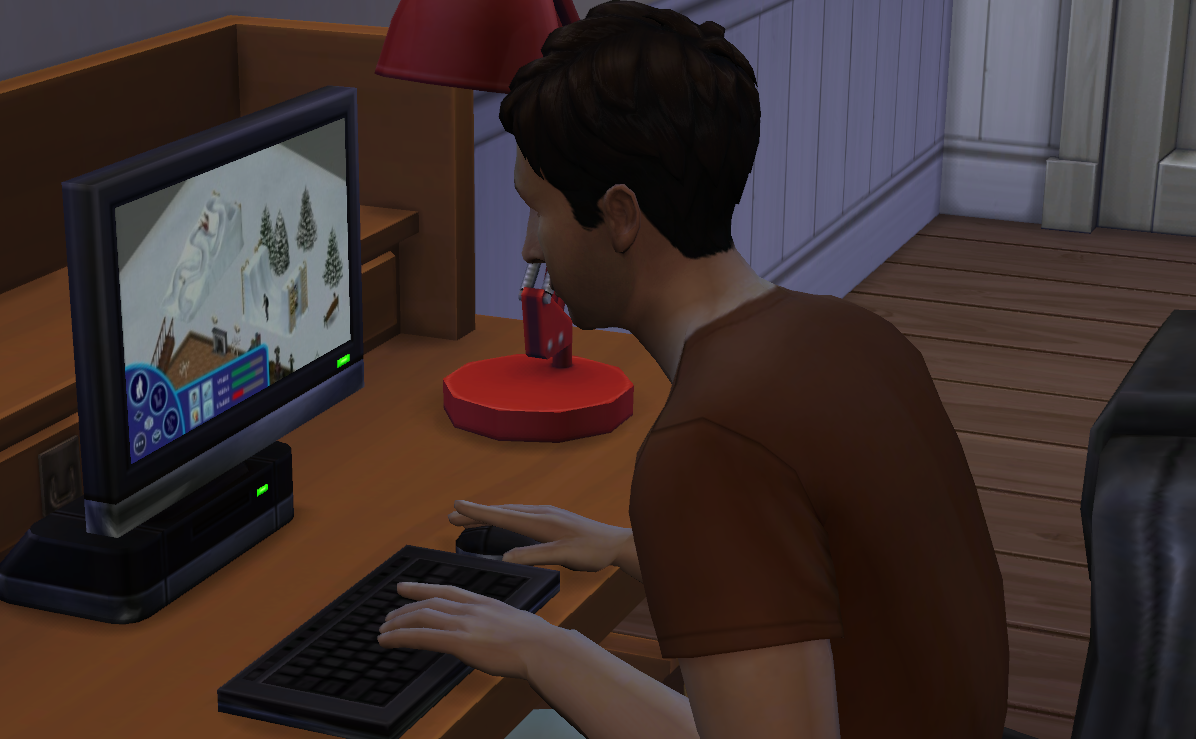 Howdy Folks! Pinstar here. A 32 year old New Jersian turned upstate New Yorker. You may know me from my work on the Legacy Challenge, as well as other lesser-known challenges such as the Apocalypse Challenge, The Sim of the Month challenge and most recently the Wonder Child Challenge.

That said, you may not know too much about the man behind the challenges, so the Sims VIP has graciously invited me to shed some light on my background and what makes me tick. Never the one to turn down a chance to elaborate on anything, I happily accepted!

My introduction to gaming technically came with the NES back when I was 5. Attracted by the interactive nature of the medium, I very quickly abandoned movies for gaming as my preferred method of entertainment. That being said, I wouldn’t call myself a “Gamer” at that point in my life. It wasn’t until the SNES came out and the PC came into its own as a gaming machine that the true potential of gaming was shown to me.

With the release of SimCity on the SNES, I very quickly realized that the simulation and strategy genres of game…a novel concept at the time… were my bread and butter, respectively. More specifically, I acquired my first die-hard brand loyalty: Maxis. Everything they made, I bought. And every time they ventured into crazy and new territory, I followed them eagerly. So when The Sims was announced to some…dubious response, I had no doubts in my mind.

The original Sims was fun and very interesting, but did not quite have the complexity needed to sustain challenges in the sense that we know them today. However, with the release of the Sims 2 that all changed. After playing the original (vanilla) Sims 2 for hours on end and having exhausted all of the in-game challenges and being months away from the first Expansion pack, I wanted more. So I made my own challenge. That challenge was the Legacy Challenge.

I originally intended it to just be a thing I kept to myself, playing it for a few generations and developing it in my mind. On a lark I decided to write it up and post it on the Sims 2 forums before passing out for the evening. When I woke up and checked the forums…it was up to 300+ replies as the community swarmed around it like a school of piranha wanting more details and more info.

A storehouse of all my Sims Challenges dating back to the original Sims 2 Legacy Challenge to the modern Sims 4 version and the new Wonder Child Challenge can be found on my website www.SimsLegacyChallenge.com. Now I’m not a one trick pony here. I mentioned earlier that Strategy and Simulation games were my thing, not just The Sims. I’ve since expanded to YouTube where I make Strategy and Tactics videos for other games such as the indie city builder Banished, Tropico 5, Warlock 2 as well as videos for the Sims 4. As much as I would have liked to continue my iconic name PInstar there, I go by the name Pinestarch there as a bowling company holds the name Pinstar.

I’ve also to taken to streaming as interacting with my fans during my streams on my twitch.tv/Pinstar channel. There I play my own personal play-through of my Legacy Challenge as well as other random Strategy and Simulation games. We’ve got a very lively crew of regulars and are always welcoming newcomers.

Lastly you can follow me on Twitter. Announcements of all released videos, streams as well as random musings can be found there. As for what’s up next for me and the Sims 4? Well, I am doing a Let’s Play of my own Wonder Child Challenge here, the rules of which can be found here. Afterwards I have another challenge in the works that will continue on where the Wonder Child Challenge leaves off. What is the challenge? Oh I wouldn’t worry about that too much. It’s not like the world is going to end soon.