Here to kick off February’s Community Spotlight is UK Fansite BeyondSims! In a brief introduction below, Dan gives readers a chance to learn a bit more about his site. Take it away Dan! 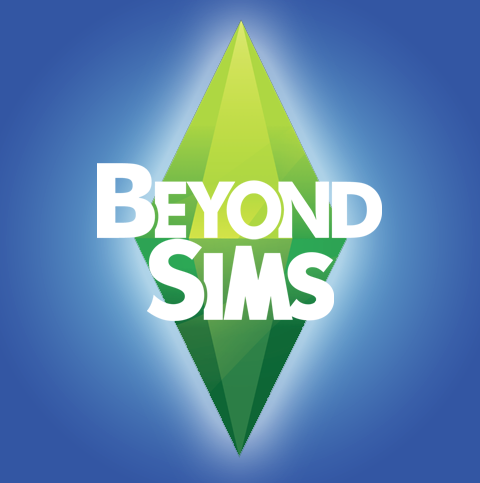 Hey everyone! I am Dan and I’m known in The Sims community as Spon1Player or also as BeyondSims. I have been a part of the Sims community since the days of The Sims 2 and have been playing The Sims and SimCity since around 2001! That’s a long time! One thing I have been asked by friends is “Why Spon1Player? What does that mean?” and the answer is I don’t really know. I used to create usernames based on spongebob (loved that show) and The Sims 2 site generated it, then that name was carried over to The Sims Online when I registered and so on.

I discovered The Sims and SimCity 3000 at home in our family computer cabinet. They were not installed on our old Windows 98 computer so I decided to install them and give them both a go. I was immediately hooked on The Sims (I had no idea what I was doing on SimCity and couldn’t work out RCI) and have been ever since. Since then, I’ve bought practically all of The Sims games to date… I’m not sure if I’d like to know how many hours I’ve spent playing Sim games.

In 2011 I became a part of the SimPrograms team as a content writer and, as the title suggests, I wrote up news that was happening in The Sims community. It was great fun being able to write about a game franchise that I loved to play and see responses from people online who loved it just as much. Before then, I had never heard of others who liked The Sims as a lot of people I know don’t really seem to understand the appeal of the game. In late 2012, on my birthday, ownership of SimPrograms was passed onto me and I rebranded the site as BeyondSims.com! Since then, I’ve been running the site, writing up content and sharing the occasional thing I’ve made in-game. I’ve also had the opportunity to attend several EA preview events, which you could say I am “beyond grateful” for as I have met some great people who are now some of my best friends.

Speaking of friends, it’s fantastic to be able to meet people in real life who like The Sims. I’ve even been able to meet people who I see on my site, YouTube and social networks through the ‘Simmers Meetup’ event that myself, Platinum Simmers and Rachybop created. It was a nerve wracking experience to host an event (and we’re doing it again this year!) but being able to put a face to people’s names online was nice and these opportunities have only been made available to me because of one game: The Sims.

It’s outstanding how much impact a video game has had on my life and I wouldn’t change that for the world. I sometimes wonder what it’d be like if I didn’t install The Sims when I found it at home, but I’m so glad that I did! I hope I didn’t blabber on too long… I haven’t had a cup of tea for several hours as of typing this and as a Brit it’s a pretty serious situation!! Thank you for reading and shoutout to Alexis for letting me be a part of the community spotlight. Here’s to another year of Simming!