The Sims 4 Get To Work: March 31st Release Date? | SimsVIP

The Sims on Facebook have posted an updated trailer for The Sims 4 Get To Work. Unlike the original trailer which ended with an “April 2015” release time frame, the new video gives us an actual date: March 31st, 2015. This happens to fall on a Tuesday, which is the North American release day.

Furthermore, this means that Europe would see the game on April 2nd, which was what SimFans originally found in the German Press Release, until EA claimed it was a “placeholder“. March 31st is not “April”, but it not unusual either. And why is there an official video with this date anyway? 😉 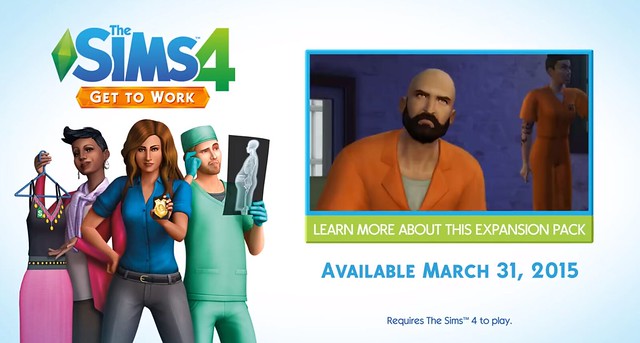