Rachel Franklin on The Sims 4 Get Together | SimsVIP 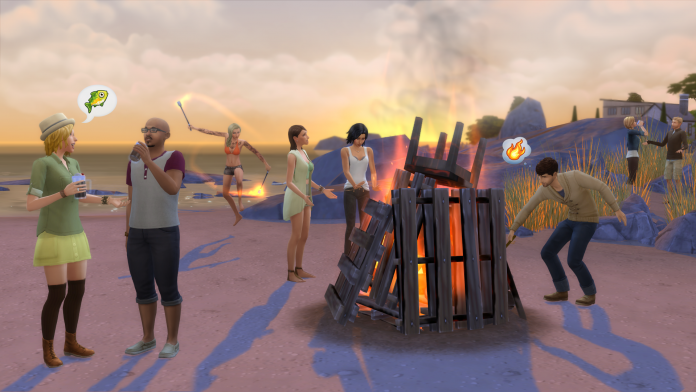 The folks over at Gameplanet has the opportunity to interview Rachel Franklin on numerous topics of The Sims 4 and The Sims 4 Get Together.

Get Together is The Sims 4’s second expansion. What was the internal feeling at the studio about where the game was prior to its creation, and where did you want to take the game?

Rachel Franklin:I think there’s something really special about The Sims 4, the personalities, and the way that when the sims get together as individuals, they have really interesting dynamics. So, when we were looking at that dynamic and how we would expand that, it made sense that you would be able to lead groups into interesting dynamics as well. It felt like that was a missing piece that we really wanted. We hear about how people are playing, and we have data that shows how people play the game, and to be able to have those group dynamics come through and create really interesting moments is what we felt like we needed to add to the game.

Can you tell me a bit about the metrics you collect on player behaviour, and how that shapes the game?

Rachel Franklin: We use it to think, ‘Are people even getting to the incredible content that we put into the game?’ If we find that people aren’t getting to see certain content or certain gameplay moments, we know we have to change something in the game. So we’ll use it for something like tuning. We’ll also say, ‘You know what? People aren’t really using this skill so much – maybe they prefer these other skills. Why don’t we make more of the things that they like?’ It’s really telling when you put together what people are saying they want with what they are actually doing in the game – it’s sometimes quite different.