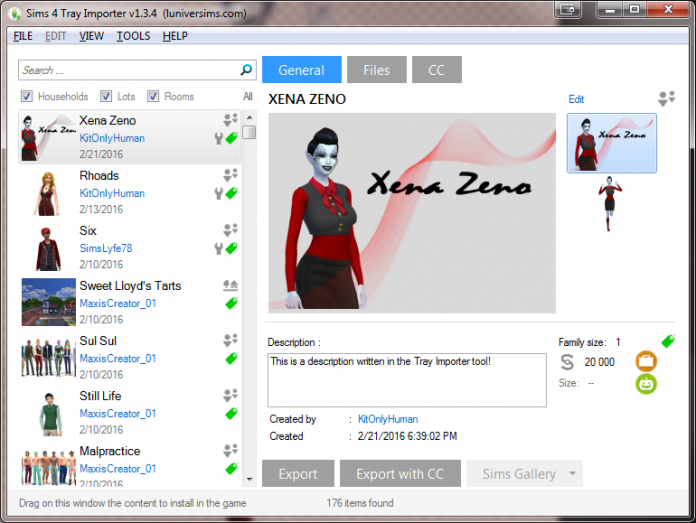 UPDATE: Deevo has released Tray Importer version 1.3.5! Mac Beta version has also been released and can be found on  L’UniverSims!

February 17th, 2016 noted a big change for The Sims community with the release of Deevo’s Tray Importer tool’s version 1.3.4! The newest version includes a new Image Replacer feature that allows the player to upload custom images onto The Sims 4 Gallery to represent their creations.

The Sims 4 Tray Importer is an application that allows the user to extract or import content from The Sims 4 tray bin. The tool boasts six currently supported languages and 16,000+ downloads with a lifespan of almost a year and a half. It allows batch zipping of files and custom content to easily share content between players, identifying used custom content, easy Google searching of custom content creators, editing of tray item descriptions that will update in the user’s library, checking DLC requirements for imported and exported content, and simple locating of uploaded gallery URLs.

The original version of the Importer was only made for importing contents made from the Create A Sim demo to The Sims 4 tray. It was first released on September 26, 2014, and was later renamed Tray Importer to avoid any confusion. The released application only displayed the text of filenames sorted by date without any images, which made determining the identity of the content difficult. The first update for the Tray Importer made it possible to export the tray items to Zip files and also sported a friendlier user interface.

With the ongoing suggestions and feedback of his team of testers, Deevo has greatly improved the tool throughout many releases. Listing the custom content was actually an idea that his team of testers brought forward first. Although it began with just listing the files found for Sim households, the tool can now do the same for lots and rooms saved to the tray. To make it even more convenient, an update added the new Custom Content tab to the main window. It includes a feature that allows you to identify custom content files with their original name, creator, homepage, and even copy them to the clipboard. Another handy feature that came with the Custom Content tab is the Google option that makes searching for your favorite creators just a click away!

Since the Tray Importer was already able to read the images, it was just a matter of flipping the process to be able to replace the images on The Sims 4 Gallery. “The first test failed just as we expected,” he shared. “The new screenshots worked fine inside the game but failed to display on The Gallery.” After a quick fix by forcing transparency to all images, the second test worked! Deevo was so excited about the success that the team recruited more testers. “The idea was there from the beginning,” he told us, stating that he didn’t want to mess up The Sims 4 Gallery until someone really needed it. However, he still holds concern that users will abuse the tool.

Deevo contributes a lot of the tool’s success to his testers and Bouckie, who is the founder of L’UniverSims. He has been modding for the community since he joined the L’UniverSims team approximately eight years ago as a Sims 2 modder and he doesn’t plan to stop anytime soon! Deevo already has plans for the future of The Sims 4 Tray Importer. One of the next steps will be to move away from the Windows forms platform, release a Mac port, and add a feature to display all of a Sims’ outfits. There is still plenty to come, but until then his focus has turned once more to the current version’s maintenance and improvement.

You can download the latest version of the Sims 4 Tray Importer on L’UniverSims.

For a detailed walkthrough tutorial on how to replace Gallery images, find it here.

For feedback, suggestions, and reporting a bug, please visit this forum page. 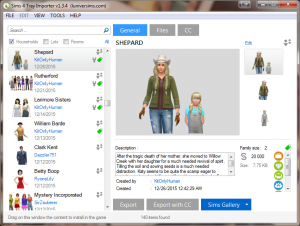 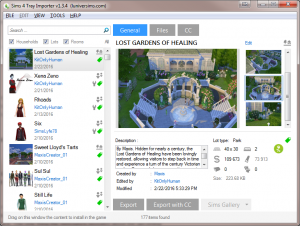 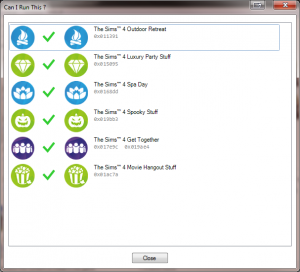 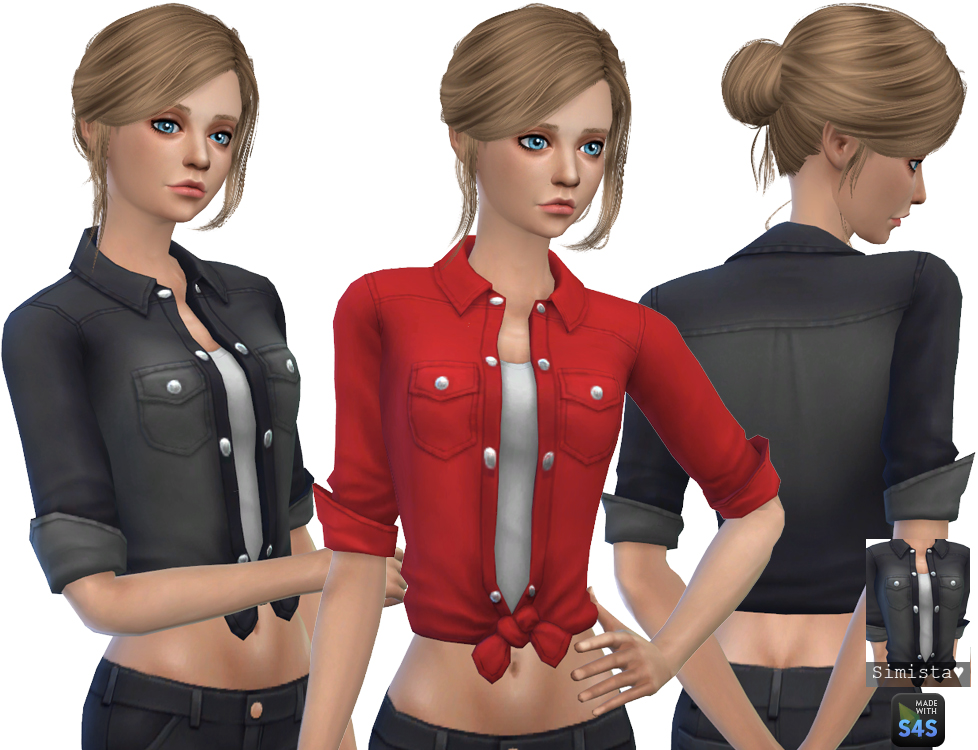 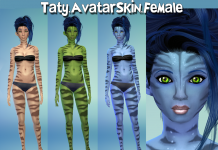