SimGuruSarah has just joined SimGuruNinja in the naughty box as she tweeted and deleted an image showing what has been confirmed to be a Male Sim with a Female Base game Hairstyle. As it currently stands, hairstyles are not unisex compatible in the game, but as many have started speculating, could this be something we get in the game?

UPDATE: SimsVIP reader Ana Santos pointed out that the necklace he is wearing is currently only available for female Sims. 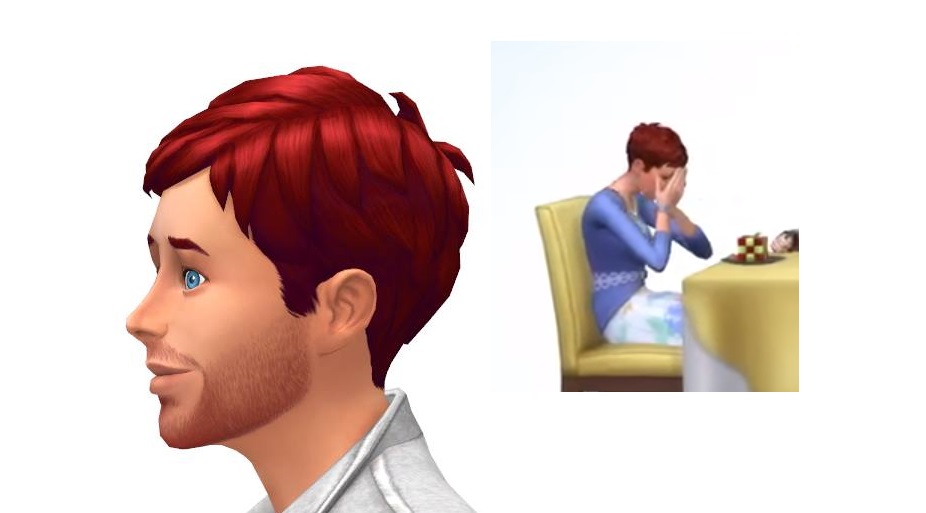 After speculation regarding why she deleted the tweet, SimGuruSarah acknowledged that the hairstyle is “new” in the image she tweeted. But she also followed up with this tweet, stating that Gurus modify existing hairs to work on different age groups and genders.

So why did she delete the image? Did she accidentally “leak” something related to unisex hairstyles? Or did she delete in fear that we would speculate over a developer cheat?