SimGuruGraham has taken to the official forums to explain in great detail the meaning of “Live Service” in The Sims 4. This detailed explanation further clarifies twitter comments he made in the last 24 hours (1, 2, & 3) regarding how The Sims 4 is handled internally. 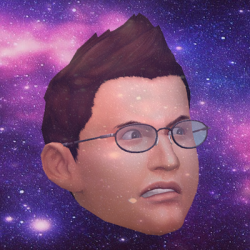 Hey everyone, in the course of replying to someone on twitter yesterday, I see my comments have kicked off some lively discussion here on the forums. Twitter isn’t a great format for detailed information on complex subjects, so I thought I’d take the opportunity to post here and shine some light on what I was chatting about.

To start with – The Sims 4 has always been what we call a live service. I was a bit surprised to see this blow up on the forums today, as I didn’t say anything that conflicts with our approach to The Sims 4 since the game launched. Nothing about what I said was intended to indicate we’re in the middle of changing the way we operate, or that there’s any new process being introduced that’ll affect you, the players. What I was conveying is that The Sims 4 is the first game that our studio is handling in this manner. The transition I spoke of involved changing our approach to development and to the ongoing support that we provide when we moved from active development on The Sims 3 to The Sims 4.

So, what does being a live service mean then? All it should really mean to you is that The Sims 4 gets more frequent updates to address issues, as well as ongoing free content additions so that players are interested in checking back in and seeing what’s new from time to time. It’s an opportunity for us to have a more engaged community that’s aware of upcoming plans for the content our studio is creating.

The biggest change is for us internally, with the way our studio approaches development. If you look back at The Sims 3, we weren’t nearly as responsive to issues, or nimble with shuffling pack resources as we can be with our current approach. For most of its life, The Sims 3 had one expansion team, and one store team – each group fairly siloed in the content it developed. For a period of time a second expansion team in Salt Lake was added, but the flexible schedule we have currently wasn’t possible then. Back then we would develop our pack, they would develop their pack, and occasionally we would combine our code & assets together. Patches were relatively infrequent on Sims 3 – if there was a problem in an expansion pack, it wasn’t uncommon for it to not be fixed until the update for the following expansion pack. That problem was exacerbated with the addition of the Salt Lake team, where alternating expansion packs between the teams meant it could sometimes take a year for an issue from a pack to be addressed.

Operating as a live service removes a lot of those challenges I described in The Sims 3 for us. We have an expansion team, a game pack team, a stuff pack team, and an engagement team (engagement = the free content in game updates). We all sit together intermingled in the same studio, we develop multiple packs simultaneously between our teams, and our code and assets between those packs are integrated together daily (super important for facilitating simultaneous development of different packs). Some people in the studio even work on a few of those teams at the same time (that’s actually one of the major things we’ve been trying to adjust to and create better development practices for.) We’re able to be far more responsive to unexpected issues that crop up… the most recent example being we released Dine Out in early June, released a patch with fixes for Dine Out in mid June, and then included even more fixes for Dine Out in the Kids Room update that came out in late June. The gallery is an important feature to us as well; maintaining those servers so that they’re always up and running to support sharing between the community requires ongoing attention.

For a producer like myself, treating the game as a live service can be a huge help. When we’re planning a pack, production is like taking oddly shaped puzzle pieces and trying to fill up a box as much as possible without spilling over. In this metaphor, imagine that the box represents our schedule & budget, and we’re filling the box with features and the people that will build them. In the past, the size of that “box” had to remain very rigid – as we filled it up, we couldn’t easily make it larger if we felt it needed a bit more. With our live service approach, all of those resources are much more flexible in how we use them. If we get surprised by an issue and need to get an update out quickly, or if we feel that an upcoming pack could use a bit more added to it, we can divert resources in sensible ways so that we can release great content as well as being responsive to the live game that you’re playing.

On that note, let me also try and dispel some misconceptions… Operating our development with a live service mentality has nothing to do with which types of packs are released or the cadence of their releases. Being a live service also has nothing to do with which themes or features get developed – the selection of content is completely unrelated. Finally, being a live service isn’t related to how you acquire content, or how it’s delivered to you. Your choice to purchase a digital copy, a retail disc, or a retail bundle isn’t impacted by this.

Certainly the biggest change for us compared with past Sims titles is the addition of Game Packs. Stuff Packs evolved to include game play, which means they also draw additional resources when developing them. The engagement team is another brand new thing for us, and they create their own fully realized features to add in free updates. Expansion packs, game packs, stuff packs, engagement features, and other outside factors all impact how we allocate internal headcount (who develops what, and when they do it), and where we fit each of those pieces of content in a yearly release schedule. Adding game packs and engagement features to what you’ve traditionally expected from The Sims has been an ongoing learning experience for us – both in terms of our development process, and in terms of understanding how each of these offerings are valued by players. Relatively speaking, a year and a half is a small sample size to fully see the impact of what are fairly significant changes for us at the studio. We’ll continue experimenting, trying new things, and listening to your feedback, which is why some of you will recall me saying in the past to not look for patterns in the content we release.

Hopefully that helps clarify what a live service is to us!