Sims Community, a fansite from Bosnia and Herzegovina, has received “official” marketing material for The Sims 4 City Life Expansion. In a series of “mysterious emails” sent to the site, the following render, screenshot, and information was released regarding the game.

The following bullet point features were sent in along with the images: 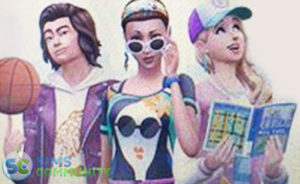 The Sims 4 City Life Expansion was first confirmed on August 17th when the Brazilian rating board listed the game in their online archives after assigning it a rating.

It’s interesting that such official looking material was leaked in advance by an anonymous source, as most leaks tend to stem from 3rd party sites or official channels. In recent weeks, EA has been quick to comment on or debunk any leaks that are deemed unofficial, so their silence on this specific leak is speaking volumes to the players. Could this be the real thing?

As always, without official announcements by The Sims Team regarding this expansion and its contents, consider this to be a rumor until proven otherwise.