Festivals are one of our favorite new attractions in The Sims 4 City Living* Expansion Pack (coming this November), because they send our diverse city of Sims to the streets to mix, mingle, learn new things, and make new friends!

We here at Maxis love events like E3 in LA, Gamescom in Germany, Comic Con in San Diego, and others! So we knew we wouldn’t be able to resist adding a GeekCon of our own to San Myshuno! If your Sims are into video games, cosplay, or science, you’ll want to send them to the GeekCon, which occurs regularly in the Fashion District.

Geek savvy Sims who have been practicing their video game skills can participate in the video game competition, while programmers can compare coding chops in the Hackathon. You’ll see the computers light up when it’s time for the competition, so quickly click and let your Sim’s fingers fly! 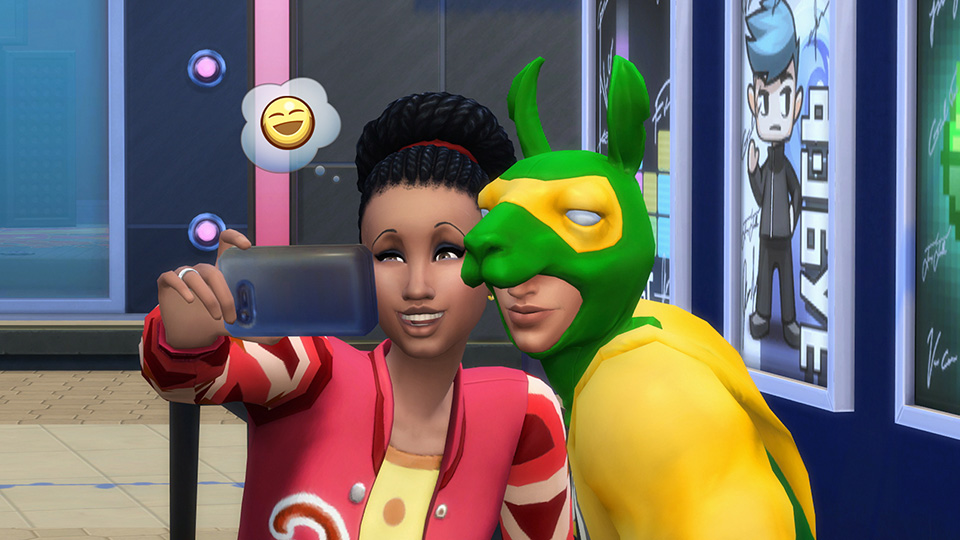 Sims who love a good photo opportunity might see Sims wearing crazy costumes, which makes for a perfect selfie! You might even see a return of some of our favorite costumes, though that’s bearly worth mentioning…

Even better, Sims who haven’t had a chance to use the rocket ship or telescope, can discover new things in a truly atmospheric feature of the GeekCon.

Get in costume, practice your nerdage, and bring your Sims to the GeekCon appearing in the Fashion District in San Myshuno! Not sure when it’s happening? Look for the signs located in the neighborhoods or the bulletin board in your apartment’s common area. See you at GeekCon!