Here to kick off SimsVIP’s November Community Spotlight is Simming Community Fansite The SimScraper! In a brief introduction below, Billy gives readers a chance to learn a bit more about his work in the community. Take it away Billy! 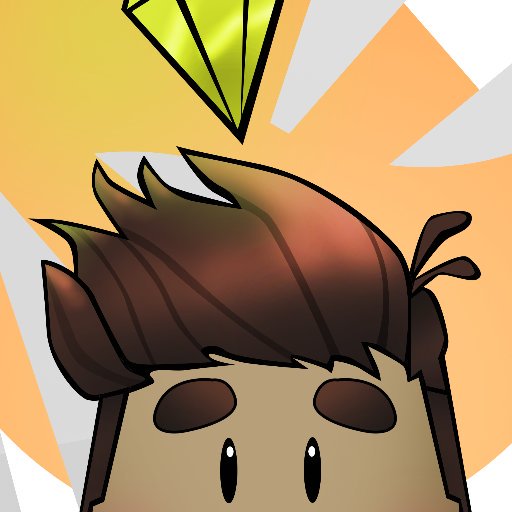 Hey Everyone! I’m Billy, but as some of you may know me – The SimScraper. I’m from the UK and I’ve been a Sims Fansite for coming up to two years now, I’ve loved every minute of it! Before I get into things I’d just like to thank Alexis and the rest of the SimsVIP team for offering me this opportunity to share my story!

Fun Fact about myself – I am currently studying a Graphics course and I’m coming up to having finished two years out of my four year course! This also explains why I love Painting and Spray painting in The Sims so much. 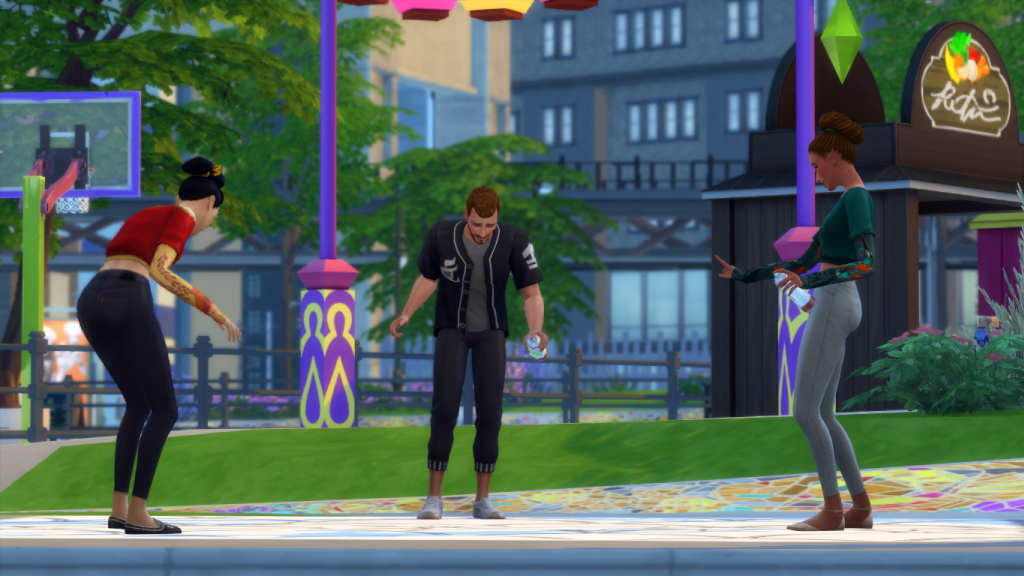 The Sims has been a part of my life for around seven to eight years and it’s honestly played quite a big role as I’m still not even 18 yet… anyway back to the story, I was around eight or nine when I was first introduced to The Sims (I was not T for Teen just yet) It was at a friends house when she pulled out the box labelled “The Sims”, what was it? I’d never heard of this game before? I’d been a fan of simulation games since I was extremely young due to my Dad having a large collection of them (perhaps it was destiny for me to fall into a series based around sandbox gameplay?) and yet I’d never heard of The Sims! She clicked play and we spent at least 3 hours in game messing around – I was amazed, we would spend days upon days at her house checking up on our latest families or creating new ones due to neglect… and then one day it changed? She told me about The Sims 2, there was another one!? 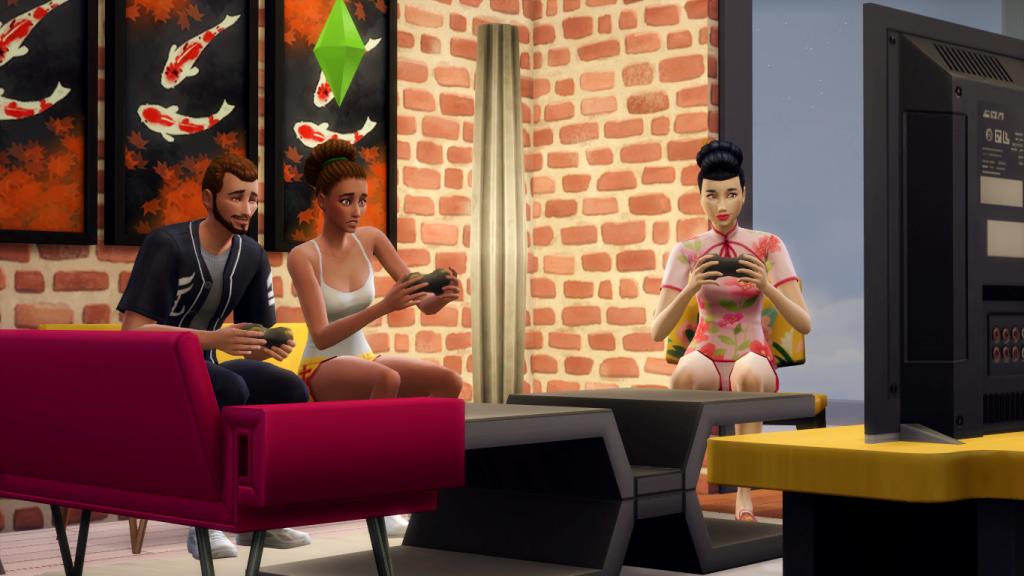 Now this, this is where the obsession began! I went home that day, told my parents about the game and demanded they take me to the local Game store to buy it (Bratty I know, but I was desperate) they said no at first but that weekend they brought home a copy of The Sims 2 I was ecstatic! I spent hours playing the game every weekend and became hooked, my friends mum would take us to the store to pick up an expansion every week or two, she was honestly lovely!

At this time expansions were selling for around £15 in stores and I always offered to use my own money since I was so eager to get it. There was one time me and this friend went away together and we took TS2 and a laptop with us, we were that obsessed. I was still missing a lot of expansion packs and didn’t even know stuff packs existed until one day my sister had a friend round and little did I know we shared a common interest…she was a Sims fan. She offered me EVERY TS2 pack and for some reason I never knew why however I was extremely grateful – I eventually found out she gave me the packs because she had The Sims 3, yes there was more – little did I know. 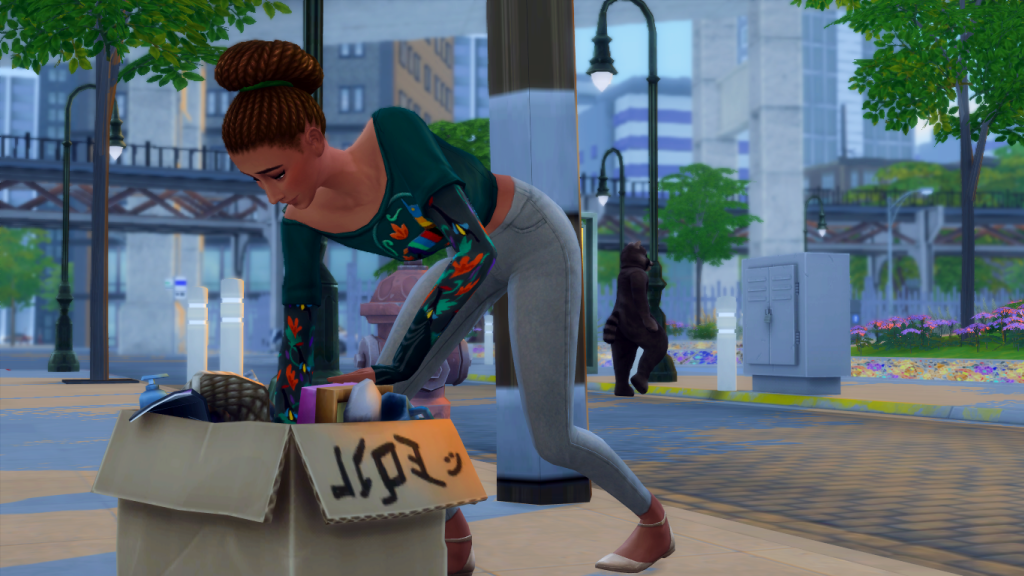 The Sims 3 was that series I could never get into yet I still would buy packs simply because it was labelled The Sims, and over time I became a member of the forums and discovered a fansite called SimsVIP *Hi Alexis!!* I began paying more attention to the latest news and eventually saw “The Sims 4 ANNOUNCED” I was SO excited! I came here daily looking for the latest news and couldn’t wait for Gamescom. When TS4 was revealed I could NOT contain my hype for the series, It was later the same year I joined Twitter with my full, real name (smart move hey?) towards early 2014 and mid 2014 I was becoming more involved with the community and decided to create a new twitter called The SimScraper.

Another Fun Fact – I joined Twitter as The SimScraper and that name originated when I planned to join Youtube as a Sims builder, the name came from the term Skyscraper!

As I said, my plan was to become a Sims builder but that altered when I realised – I cannot stand my own voice….Through inspiration powered by other fansites I launched myself into the world of Blogger and created the site “The SimScraper” I posted news when it came and was always looking for updates to share. I realised late 2014/early 2015 blogger was not the place for me and in February 2015 I moved onto WordPress which is where I stand today!

Currently my website is in the midst of updates however I’d love to meet some new faces so head on over to either my Twitter or of course the site where I’ll be making some fun stuff soon! Thanks again Alexis and the team for this super fun opportunity, I hope you all enjoyed my really, really long story! 🙂