Andrew Wilson, CEO of EA, announced today that The Sims 4 saw monthly active players increase 20% year-over-year FY18 Q1 (vs 33% in Q4 of FY17), and stated that The Sims 4 was one of the strong contributors to their overall Live Service income of $420 million.

Q1 was an outstanding quarter, with thriving player communities in our top franchises like Battlefield, our EA SPORTS portfolio, Star Wars, and The Sims continuing to grow our network and drive our digital business. We have built strong momentum, and now we are accelerating into a year of tremendous innovation, where extraordinary new games, content-rich live services, and expanding global competitions will deliver more fun for our players and fuel growth for Electronic Arts. 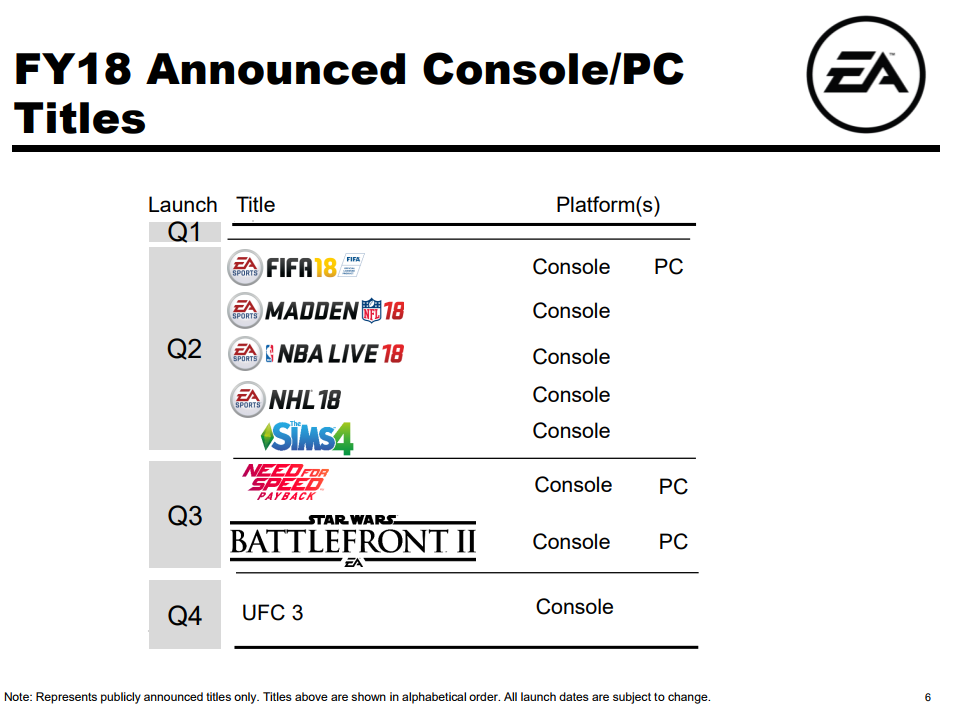 Our Sims community continues to be strong: monthly active players in The Sims 4 increased more than 20% year-over-year in Q1, and we’re excited to have a new Sims Mobile game in soft launch.

Yesterday, we announced that The Sims 4 is coming to Xbox One and PS4 players this November, bringing the same unique gameplay and self-expression from the PC game to console players. Much of the content added post-launch on PC will be included, with more game updates to come.

Net sales for the quarter were $775 million, up $93 million on the prior year, and $25 million
above our guidance. There was an FX headwind of approximately $16 million compared to the prior year. The outperformance relative to guidance was driven by Ultimate Team, The Sims 4 and FIFA Online 3. Year-on-year growth was driven by the Mass Effect: Andromeda sales captured in the quarter and by FIFA. Notably, Sims 4 expansion packs continue to perform extremely well, and the last twelve months have been the best in the title’s history.

Live services net sales were up 22% year on year, to $420 million. The growth was broad based, driven by FIFA Ultimate Team, Battlefield 1, and The Sims 4.