Like a VIP: Making More Realistic Sims in CAS | SimsVIP

After covering quick meals, clubs and festivals, I figured the fourth Like a VIP could talk about Create a Sim (CAS for short), since that is a gameplay mode every simmer has to go through – when you click “play” on a new save file, it takes you to that screen. There is no escape from CAS!

Now I should point out that I am not a master creator who can make any living person into a sim. But having played this game for long enough, I feel like I can share a few hints on how to use this tool to create sims that are more realistic, or even complex, so you can tell any story you want with them. With that said, I’ll admit that for me my sims are great! Whether I’ll play with them or have them as townies, they’re a great addition to my game. Also, they’re pretty cute (unless I want them to be total uggos!)(I like having a few below average looking sims)(Cause you know, realism).

Anyway, the first thing I want to share is that ever since TS4 came out in September 2014 I have been collecting what I call “templates”. They’re sims I make when I’m bored or when I just feel like playing around in CAS and then, when I am going to actually make sims for my game, what I do is pick two of them and use their genetics to create my final sims. For this article, I named my new sim Eva Simmer (hi, Eva!) and she will help me illustrate my thought process (though some have said that is a dangerous road to walk on)(but then again some know not what they say)(or do they?).

Before anything else, what I do is choose their aspiration and traits, because those choices will help me with a few other decisions along the way. Now one thing I see people doing is when they want to make, let’s say, a painter they will pick that one respective aspiration and have creative and art lover as traits. There is nothing wrong with that, but that’s really not how I roll. What I try to do is to make something that is far from obvious but still easily makes sense. People in real life aren’t that simplistic, so that’s not something I want for my sims.

So let’s make just that, a painter. Spending a lot of time by herself in the studio, I feel like Eva the Painter will want to use her free time for socializing, so let’s give her the Friend of the World aspiration. Then I gave her the perfectionist trait (so her paintings will sell for more money), then clumsy (since nobody is perfect)(again, realism) and finally family-oriented, because I like to think about my sims’ future and she will have lots of babies and decorate their rooms with their paintings someday. So she’s gregarious, perfectionist, clumsy and family-oriented. Sounds good to me.

Now it’s time to make choices that will show on her outside how she is on the inside, but having the “not obvious, but still evident” thing in mind. How do we do that? You’ll see how now it’s when the fun really begins. 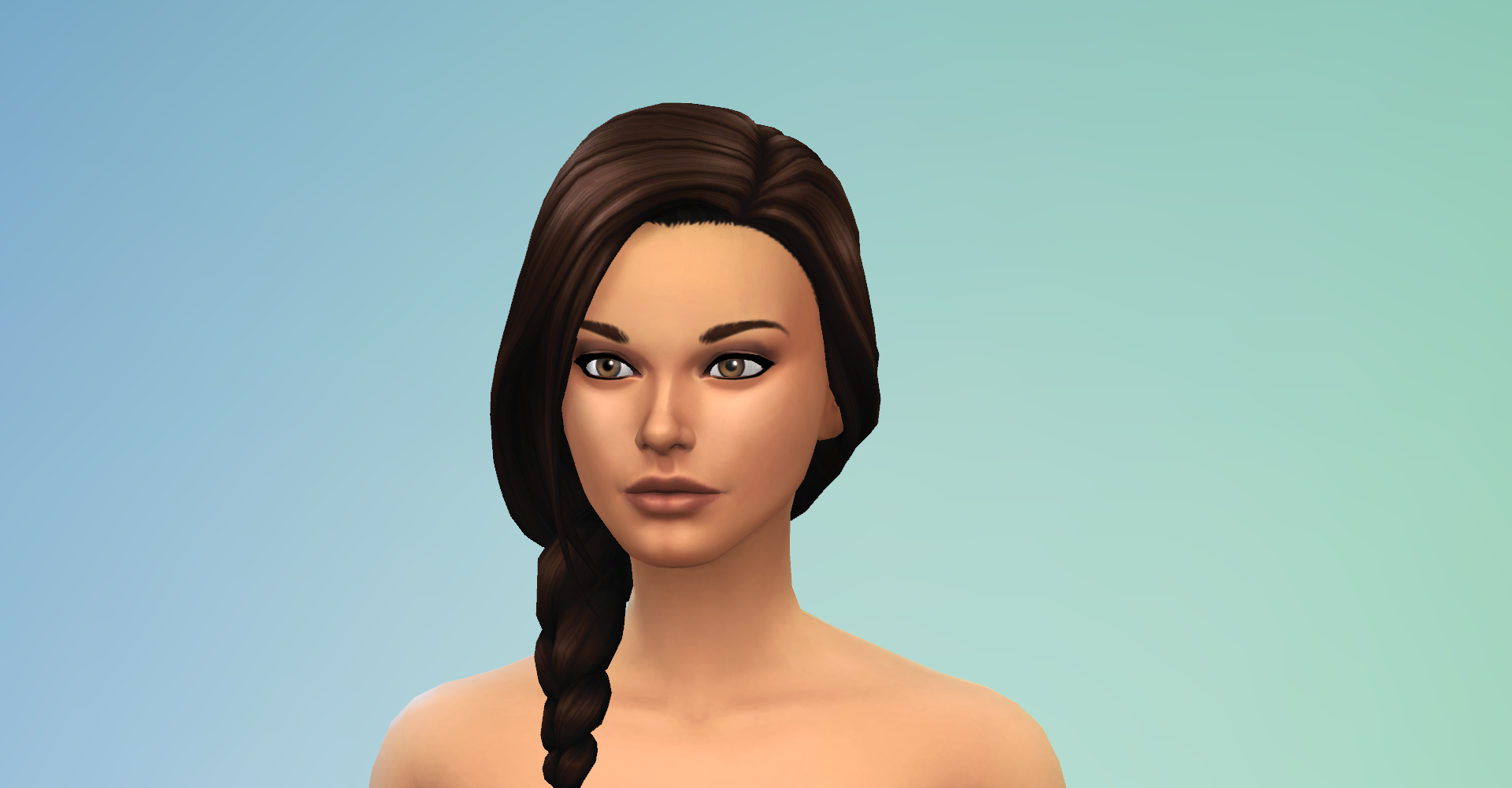 First thing I thought was that if she’s always painting, she needs a practical hairdo that won’t let her hair get on her face when her hands are dirty with paint. If she’s a perfectionist, I thought braids would really suit her, and I really like the result, completed with perfectly designed eyebrows and some subtle make up. Voilá, Eva the painter already shows some character.

Now for clothes, painters move their arms a lot and are always standing on their feet (have you ever tried painting? It’s exhausting!), so I knew she would need a comfortable outfit that lets her move around easily. Being a visual artist, I thought she would like to wear a cool design/print on her clothes, so I have her that shirt. After picking simple, yet seemingly comfortable shoes, I thought she looked a bit hippie-ish/hobo, so that helped me pick her accessories. Also, knowing she will be pregnant soon, I think that look will be perfect to fit her belly while she’s expecting. See how everything is tied together?

Ok, now on to sim #2. I thought now Eva could be a business woman who blews off steam by exercising, having two passions in life: her job and working out. So now she’s business savvy, active, self-assured and loves the outdoors: Eva the Busy Sporty. What will her everyday look be like?

Well, I thought she wouldn’t have much time to deal with her hair, so I gave her a short do (also I didn’t want it to just be up like in her painter version). Being self-assured, I thought I’d give her a more bold look when it comes to make up. 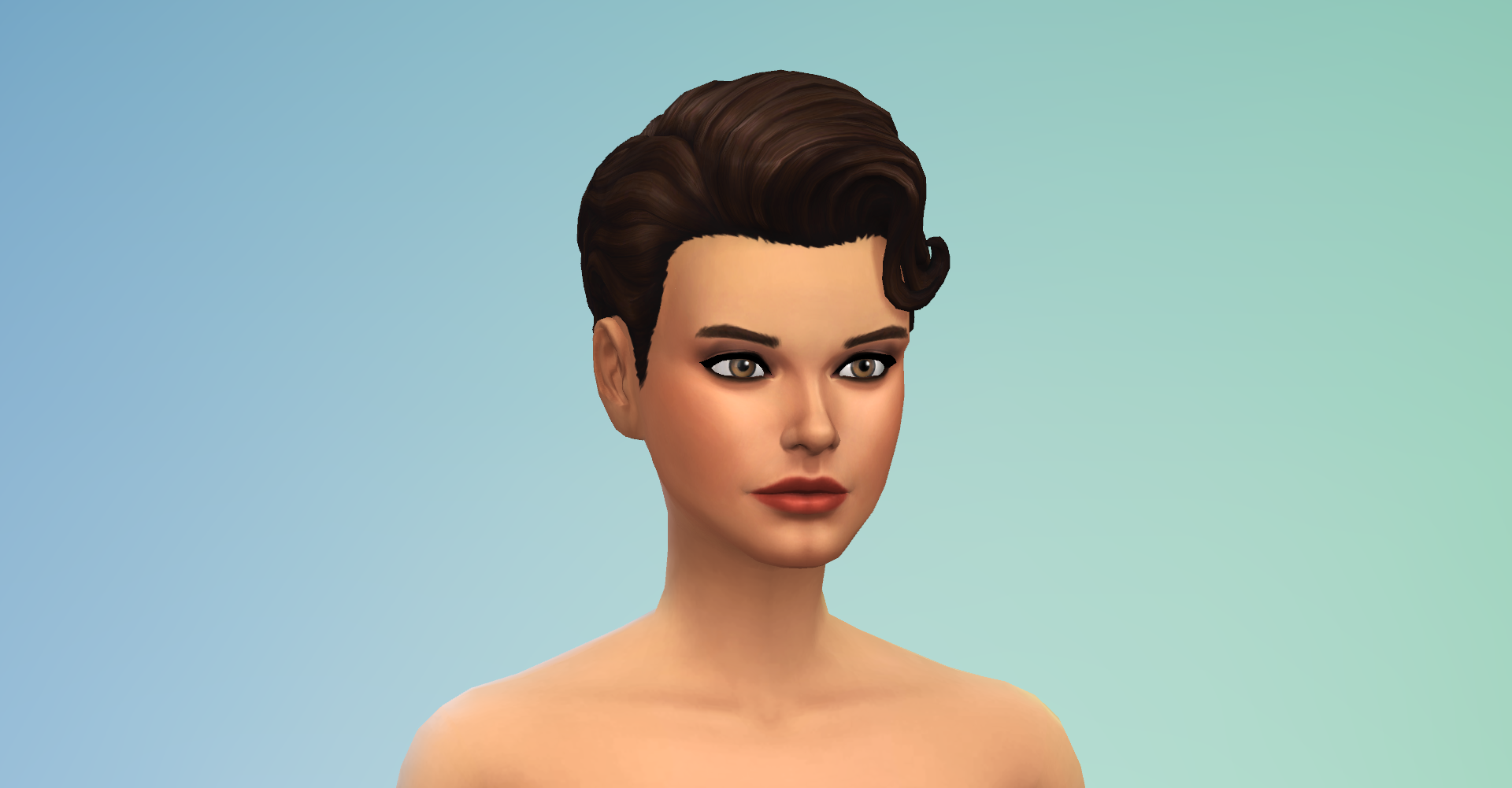 As far as clothes go, I gave her those pants that not only look good but are also great for working out, matching them with a timeless jacket that is just as fierce as it is fun. Since she spends a lot of time outdoors, I knew she would need shoes for every condition of soil or weather (though for some reason it’s always sunny in Willow Creek). Also, she has a watch cause working a lot asks her to always keep track of time.

Do you see how these details impact her overall look?

For my final example, I thought I’d do a girlie girl type, sort of like Legally Blonde without the legal part (also without being blonde…)(… should have gone with another example). Maybe a girl who likes to shop and to party and whose goal is to marry rich. Why not? Ok, then I gave her the soulmate aspiration (so she’s alluring) and materialistic, childish and outgoing as traits.

Unlike her two previous versions, Eva the Gold Digger (hehe) spends a whole lot of time on her looks, so I had to be more meticulous when choosing what would she would have as hair and make up. 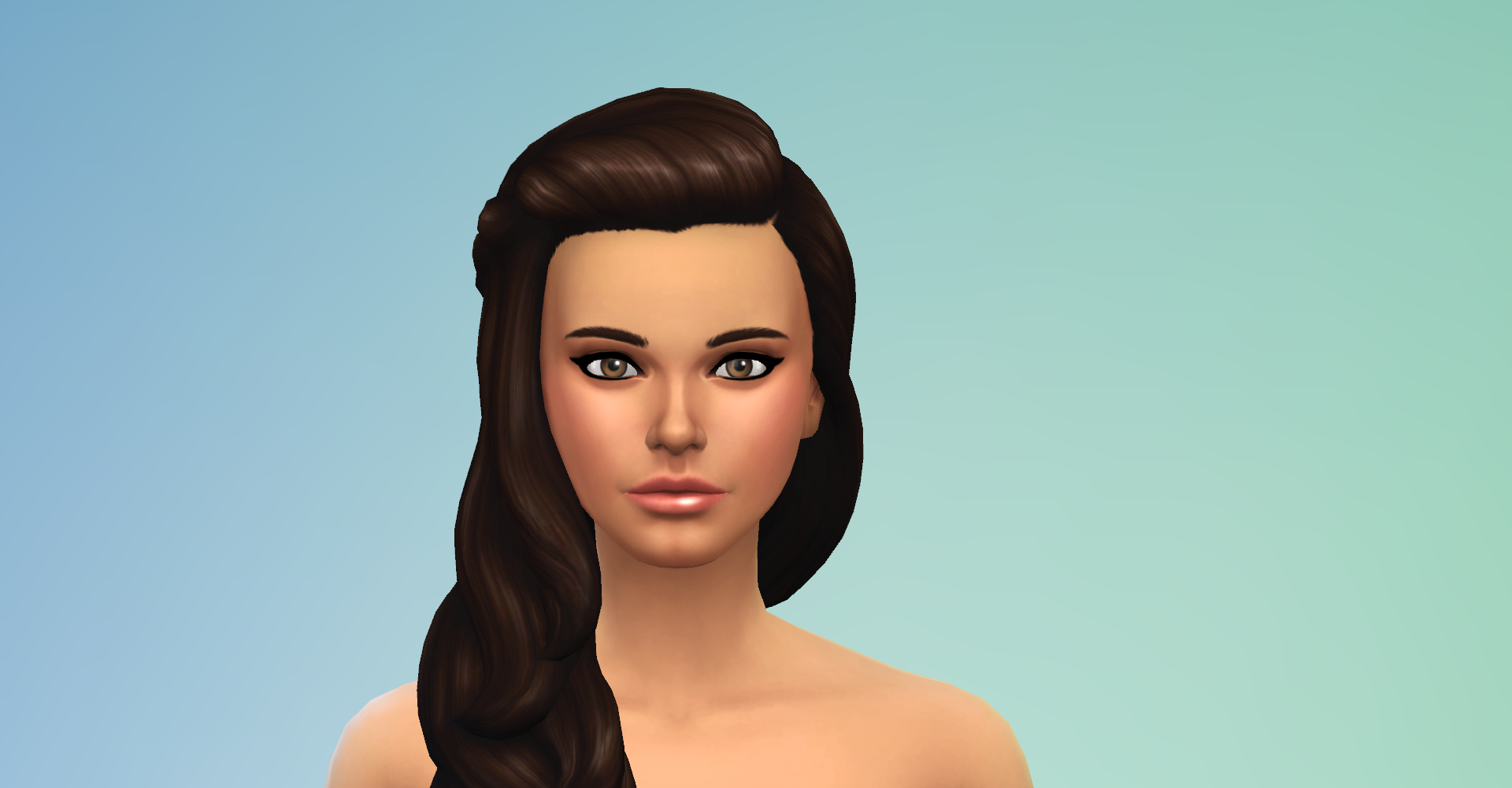 Then for clothes, I knew she’s be wearing a dress, but it had to have something extra. So I went for a dress with a strong print and a belt, meaning her everyday clothes would get her ready to go out and party, or on a date, at any time, because that combo feels more sophisticated than regular clothes (which is almost unnecessary in my humble opinion).

I guess it all comes down to knowing how much these details and little choices matter when you’re trying to make sims that will be further from the obvious and closer to reality. For me, it’s about having in mind where you’ll want to take them in the game (what will their lives be like?) and coming up with creative ways to show that through their looks. Those details, like the watch or wearing her hair up, can be seen as irrelevant, but you’ll notice how they add more depth as you play with those sims, or have your played sims interact with them.

How do you, fellow VIP, play in CAS? Do you have any hints we should know? If so, please leave a comment below!