Here to kick off SimsVIP’s January Community Spotlight is Creator TheKalinotr0n! In a brief introduction below, TheKalinotr0n gives readers a chance to learn a bit more about what she does in the community. Take it away! 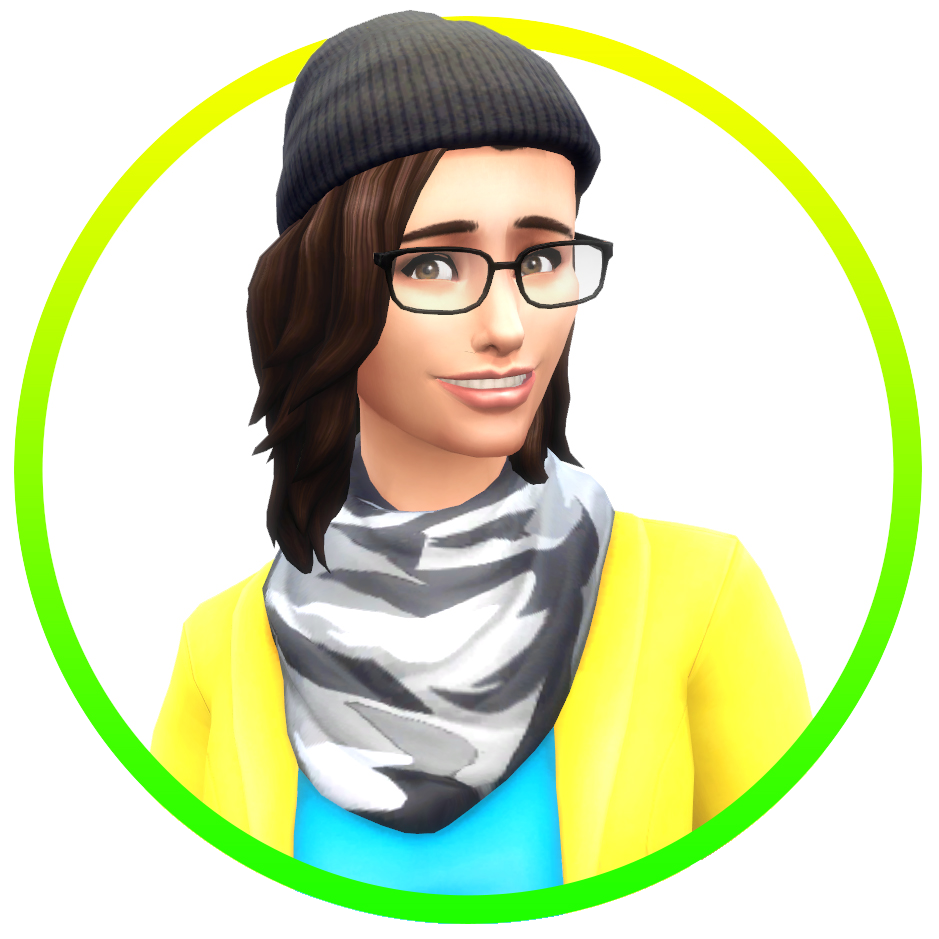 Hi! I am TheKalinotr0n, I’m from Germany and I create CCs, animals and houses for The Sims 4. It all started back in 2002 when a friend from school first introduced me into the original The Sims 1. Right away I got totally excited and although still in school, I saved really hard to be able to buy every then available expansion pack. I’m a huge fan ever since and own every single expansion pack that has been ever released for any The Sims game.

My greatest passion in The Sims has always been designing houses. It even influenced me on choosing my profession, 3D-Artist. Since I really wanted to create my own CCs back when I was only 15, I started learning 3D-modelling programs along the way and really enjoyed it. I even had my own homepage for CCs back in the day, which I unfortunately had to shut down a couple of years later in lack of enough time for producing new content. Originally, I also didn’t plan on creating CCs for The Sims 4 for the same reasons. 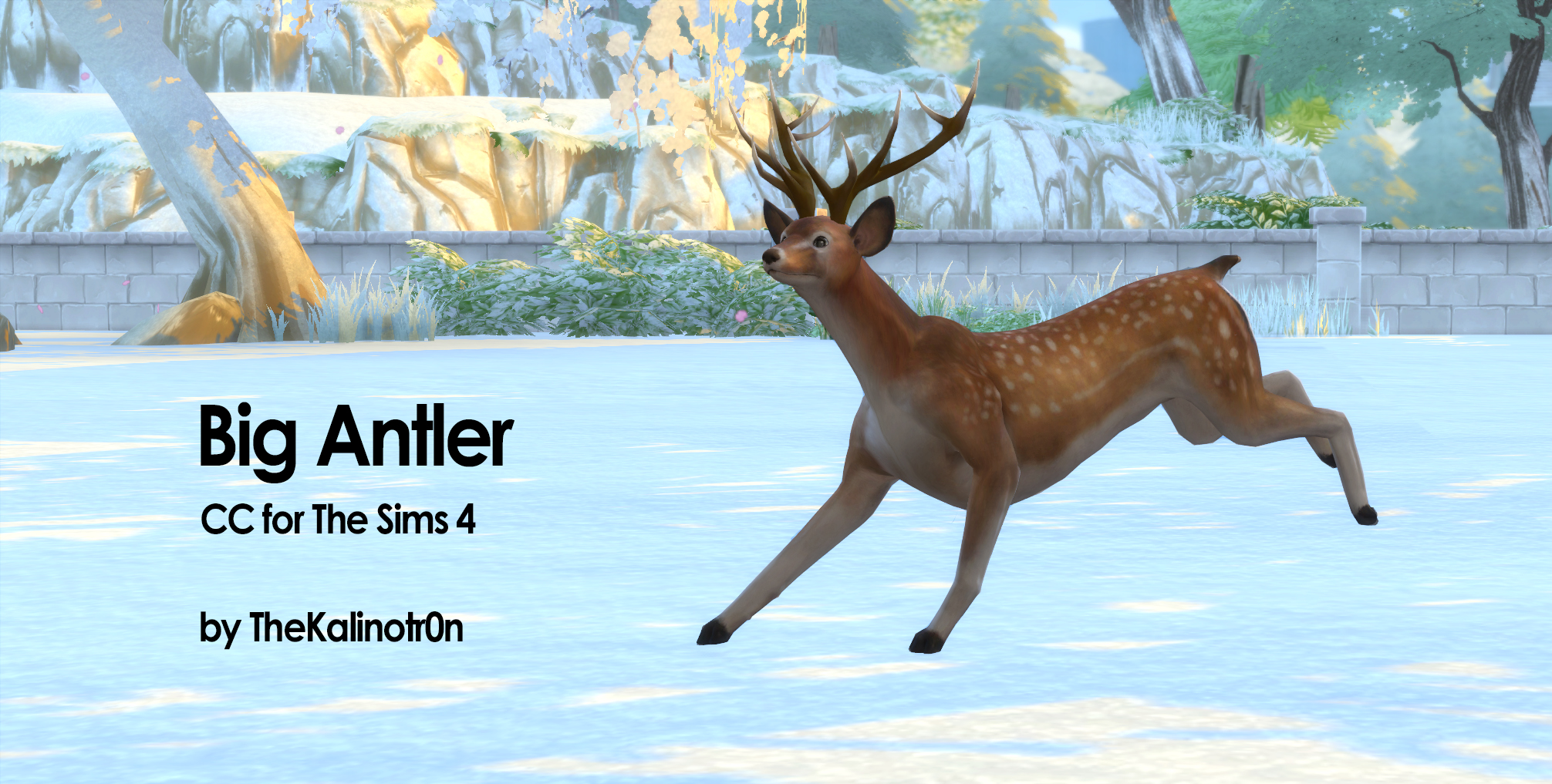 When the Add-On was first announced, I already thought about not only wanting cats and dogs as companions but totally different sorts of animals as well. In The Sims 3 I already had a tiger pet, created using only the available modelling tools, so I was pretty confident about having one in The Sims 4 as well.

I even started working on a list of possible animals so I could get started right away when the Add-On would be released. So, when it finally came I started with little deviations from cats and dogs like bear, badger and tiger and worked my way up to more and more complicated animals. My creations summed up to over 40 animals in total, but I still had a lot of animals on my list, that are just not possible to create without the use of CC. 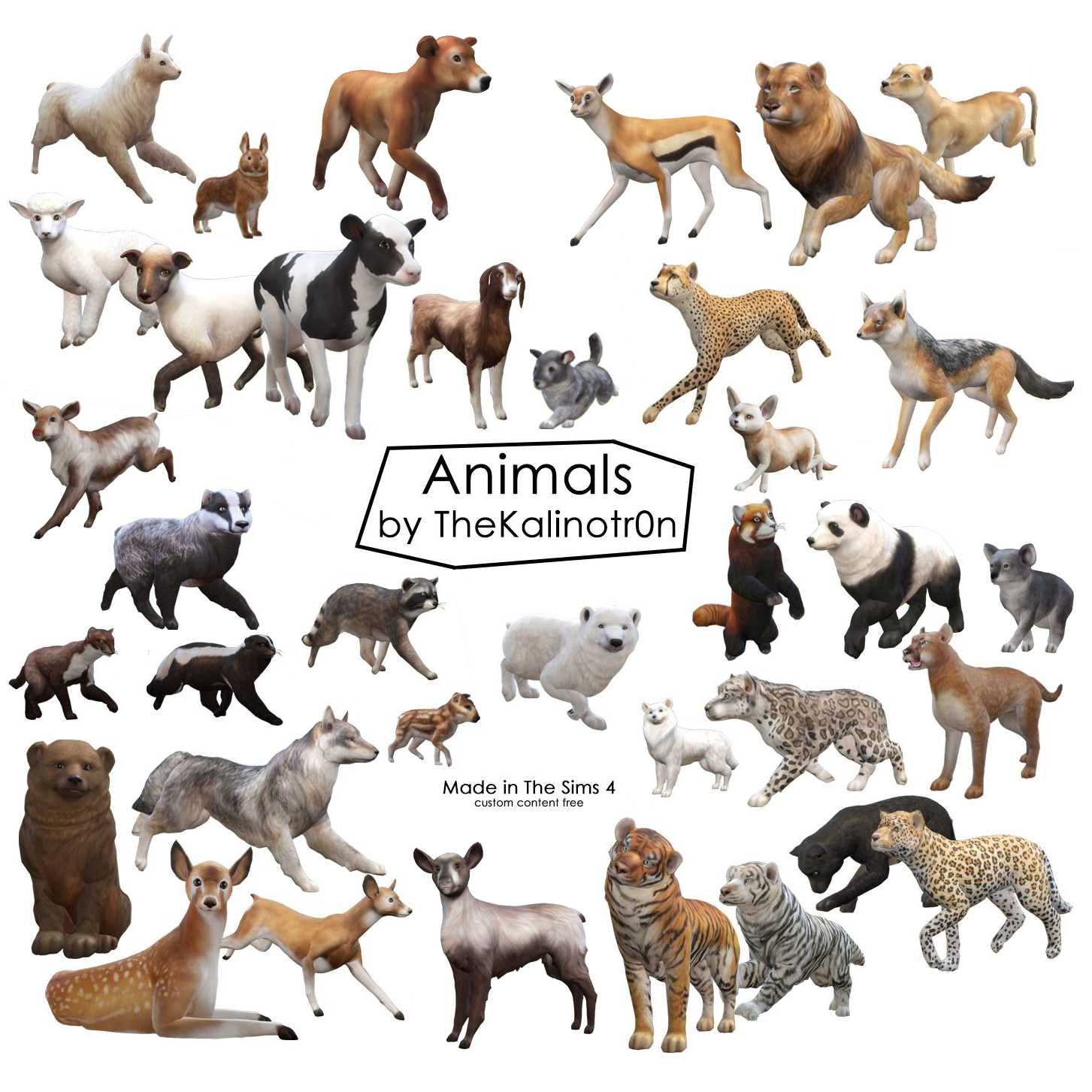 This list of impossible animals grew and grew and I realized also that some of my creations just didn’t look quite right because they lacked important features like antlers of horns for example. So, I started getting into Sims 4 Studio, a tool for exporting 3D-models from The Sims 4 into other 3D-applications and back. I already had the skills to create and modify 3D-models from my job, so I only needed to learn how to get those into The Sims 4. I slowly worked my way into the workflow, realizing in the process, that a lot of Simmers really wish for this kind of content.

I was blown away by the huge community response I got when I introduced my antlers and it was then when I remembered how much fun the creation process of CCs actually can be. I’m always so happy and proud to see my creations being used or featured by other players and it really motivates me to keep on creating. Before that, I mostly built content just for myself but that has now changed. I really enjoy making other people happy! I also now create animals on request. People send me photos of their (sometimes deceased) pets and I work really hard to get each tiny detail right and bring them into The Sims 4.

Thank you so much, Alexis, that you gave me the possibility, to introduce myself to your incredible community on this awesome platform and for choosing me for Community Spotlight.

I also want to say a huge thank you to all of my community and my followers on each and every platform. Without you this wouldn’t be even half the fun!