Here to kick off the SimsVIP December Community Spotlight is Custom Content Creator and Storyteller, SENTATE! In a brief introduction below, Jack gives us a chance to learn a bit more about his work in the community. Take it away Jack!

I’ve always loved designing characters and clothing, and I’ve been majorly into fashion since I was very young. My way of playing the Sims was creating virtual fashion designers or fashion based characters, and then building a world around them – creating studios, catwalks and most importantly models until I finally began releasing CC in 2007 (although I practiced for around a year or so before I started properly). When I began releasing CC I extended my sims world into something more real – Sentate – A virtual fashion house within the sims.

Over time Sentate has grown into something far bigger than I ever imagined. Ive amassed millions of downloads which is just crazy and so many lovely comments from players all around the world! In addition to almost 15k tumblr followers, some of whom have been following since the sims 2 days!! I’ve created for 3 out of 4 of the sims game on various platforms, such as mod the sims and TSR. I now tend to focus more so on my tumblr and releasing custom content collections alongside A catwalk show on YouTube (when I have time, that is!) 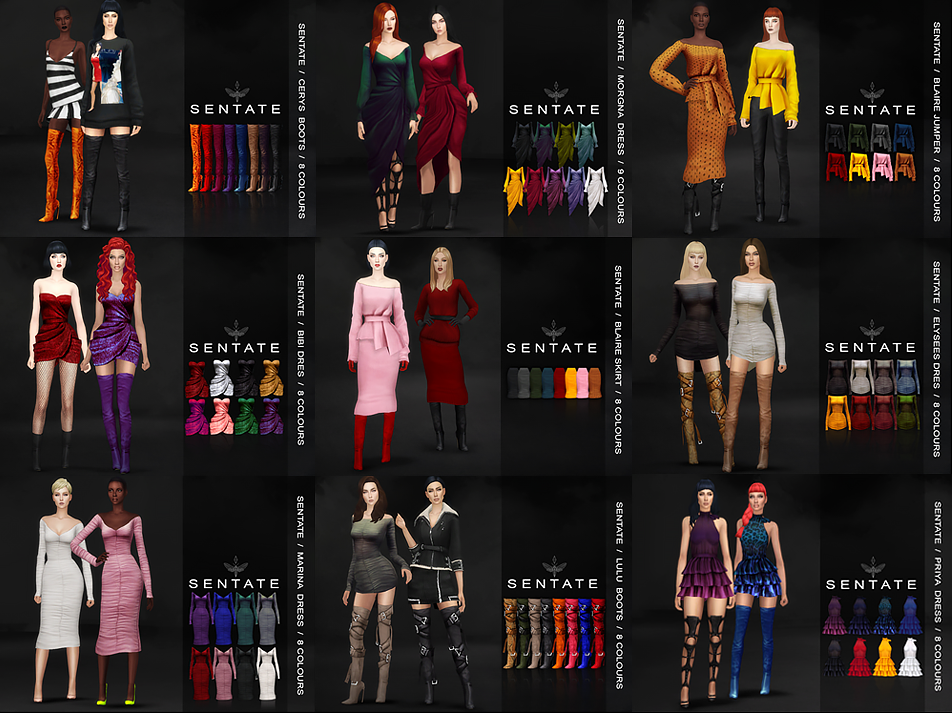 For me Sentate has been a way of playing designer; creating and sharing clothing with the community. Nothing makes me happier than seeing players use my designs in their games. More recently I’ve ventured into creating short films and virtual fashion shows, as I’ve always wanted to share my world of sims and show people how I play my game – using YouTube as a platform creates (for me anyway) a much more dynamic and visually interesting way to show both my content and my story telling ideas.
My most recent film follows the story of a lazy witch who finds a magic pair of boots… and even dances of with the devil herself. (to the Urbz soundtrack!)

I have both a get famous let’s play series as well as a new collection and fashion show planned for release at some point before Christmas… so keep your eyes on SENTATE!